Facebook is ready to make work as addictive as socializing. The company plans to launch its enterprise communication and collaboration network Facebook At Work in the next few weeks on a per seat pricing model, The Information (paywall) first reported and a source close to Facebook confirmed to TechCrunch.

Facebook believes it can keep individual employees engaged with the product, so it’s betting on a pricing plan that charges companies “per monthly active user” instead of charging a flat rate per company, says Facebook @ Work director Julien Codorniou. TechCrunch has learned that Facebook will announce launch integrations or partnerships with other SaaS tool providers including Asana. [Disclosure: I’m friends with Asana’s co-founders.] 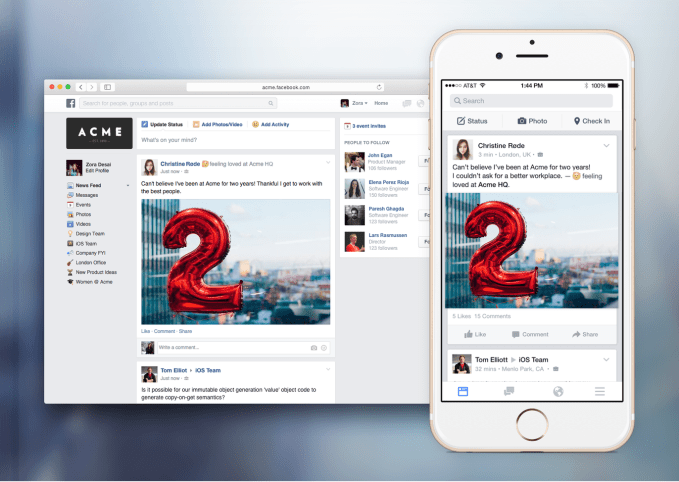 That could make it lucrative for Facebook to get every single member of a company signed up, from executives to assistants. And if the product doesn’t stick, employers won’t have to pay for empty seats.

TechCrunch originally reported that Facebook was building the enterprise product back in 2014, and it officially unveiled the first tests at the start of 2015. Since then, Facebook’s been busy signing up huge international customers, like the 100,000-employee Royal Bank Of Scotland.

Facebook At Work subscribers can use the product’s special “Work Feed” of posts from colleagues to exchange ideas and assume tasks. It’s reminiscent of products like Convo ($9/month), Salesforce Chatter ($15/month), and Microsoft’s Yammer ($3-$24/month). Facebook At Work will also offer Groups as well as Messenger, which includes audio and video calling options that could compete with Slack and Skype. Plus it provides the social network’s profiles, Events and Live video features. 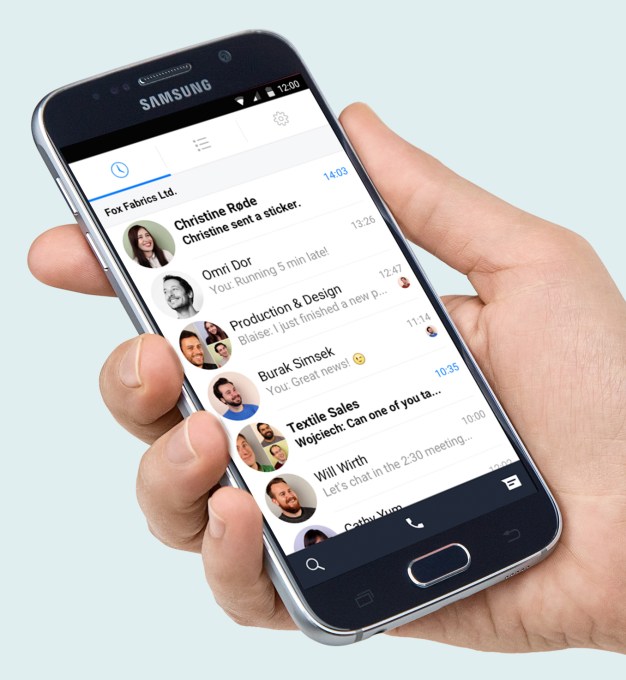 The exact price for Facebook At Work hasn’t been announced, but the 400-plus beta testers who’ve been using it for free will get a few additional months of comped subscriptions to test it out. For reference, Slack charges $6.67 per active user, but only offers real-time messaging tools, and lacks a feed for posting tasks and questions that don’t need to live forever in a wiki, but shouldn’t get buried in chat.

Facebook At Work’s biggest strength could be its familiarity. It should find onboarding users easier than many SaaS tools since people will already have a login, password, and know how to use it. That quick registration could help it leapfrog competitors that can often seem foreign or confusing compared to consumer software. If a customer prefers it for security purposes, employees can also set up entirely separate accounts for business.

The launch will come just as Microsoft scraps the Yammer Enterprise tier many companies rely on, who might be looking for a new way to keep the whole team on the same page. Diversifying its revenue streams beyond advertising could help Facebook boost its bottom line without drowning its consumer users in marketing.

Facebook will just have to conquer the stigma that it’s for fooling around, not getting work done.