Twitter needs to figure out a way to continue to grow — and it certainly seems open to looking into a lot of new places outside your phone to figure out how to do that.

Today, the company said it is launching an app on the Apple TV, Xbox One and Amazon Fire TV, which will allow users to view Twitter content through the apps on their televisions. That includes live streams of 10 NFL Thursday Night Football games, as well as other live streaming footage available on Twitter. On the Apple TV, users will be able to view live streaming and top tweets side-by-side on their televisions, as well as top Vines and Periscopes.

So this is an interesting one for a couple of reasons: First, it opens up a whole world of live streaming content to Apple TV and such owners. That’s going to be a boon for cord cutters that are always on the hunt for new content, and as Twitter continues to sign new partnerships with organizations like the NFL for additional live streams, it’s going to open a lot of doors to new content for people who aren’t interested in investing in cable subscriptions. 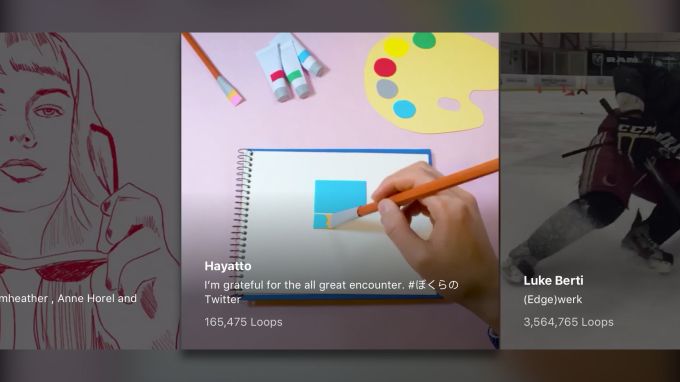 Secondly, and also eyebrow-raising, the company said that people don’t need a Twitter account, nor cable or satellite subscriptions, to access HD Streams. It’s worth paying attention to its so-called logged-out users, which are harder to track and target due to a lack of an interest graph. But those users can still consume Twitter content — and a lot of that content is likely consumed through distribution in front of logged-out users.

Twitter has an opportunity to get its content in front of a ton of new eyeballs with an app like this. Instead of simply treating the app as something that serves as a bit of a second screen, it shows the company is willing to explore new kinds of form factors and potential platforms to get the best of Twitter in front of as many people as possible.

For example, just a few days ago Twitter launched an Alexa app. With that app, users can listen to the latest tweets and contents through an Echo speaker. Again, we’re talking about a new form factor — and it again shows that Twitter is clearly interested in looking beyond just the traditional second screen experience it’s been known for. (It also speaks to the increasing importance of the Alexa ecosystem, but that’s a bit of a different story.)

As usual, the more eyeballs it attracts, the more advertising it can attract and partnerships it can continue to sign if it shows that it’s able to create a highly engaged audience around live events. An app tied to live streaming on the Apple TV, of course, makes a lot of sense because live events have always been Twitter’s sweet spot, whether that’s the Super Bowl or the Olympics, or the election.

Twitter’s core app growth is clearly stalling a bit — and it’s punishing the company, with its stock down almost 35% in the past year, and plenty of quarterly misses to go along with it. It’s going to have to get creative in order to re-ignite growth and show the world, and Wall Street, that it can be a strong independent company that can deliver positive results. And that willingness to step out of a comfort zone may be a good sign that, at the very least, they’re going to look for the next generation of the Twitter experience beyond just 140 characters.