Seattle-based Rover is in the process of closing a $40 million round of funding, according to sources with knowledge of the deal.

The Series E round would value Rover at nearly $300 million, and it comes from existing investors Menlo Ventures, Madrona Venture Group and Foundry Group. The company had previously raised more than $50 million.

When we reached out to Rover for comment, a spokesperson responded, “We don’t comment on rumors or speculation.” 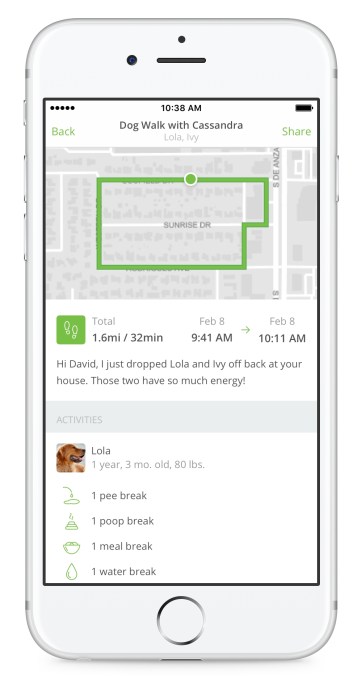 Founded in 2011, Rover started as a marketplace for overnight pet sitting before adding support for other services like dog walking last year. It recently introduced a new “cards” feature to make it easy for dogwalkers and sitters to send updates to owners.

The company has also said that it has reached an annual revenue run rate of $100 million in gross billings, with its network of sitters growing 50 percent to 65,000. (At the beginning of this year, competitor DogVacay said it had 25,000 sitters.)