Not every product briefing involves a large hidden speaker trucked in to reproduce plane noise. But Sony is clearly very psyched about the noise canceling capabilities of its new wireless headset. In fact, the reps who did the presentation even went so far as activating the white noise hum while I was listening to music, in order to effect surprise when I took them off. Fair play.

And indeed, the noise-cancellation is really quite good with the MDR-1000x (Sony’s really not breaking much ground with these naming conventions). Pretty comparable to the pair of Bose Quietcomfort the company just happened to have on hand. 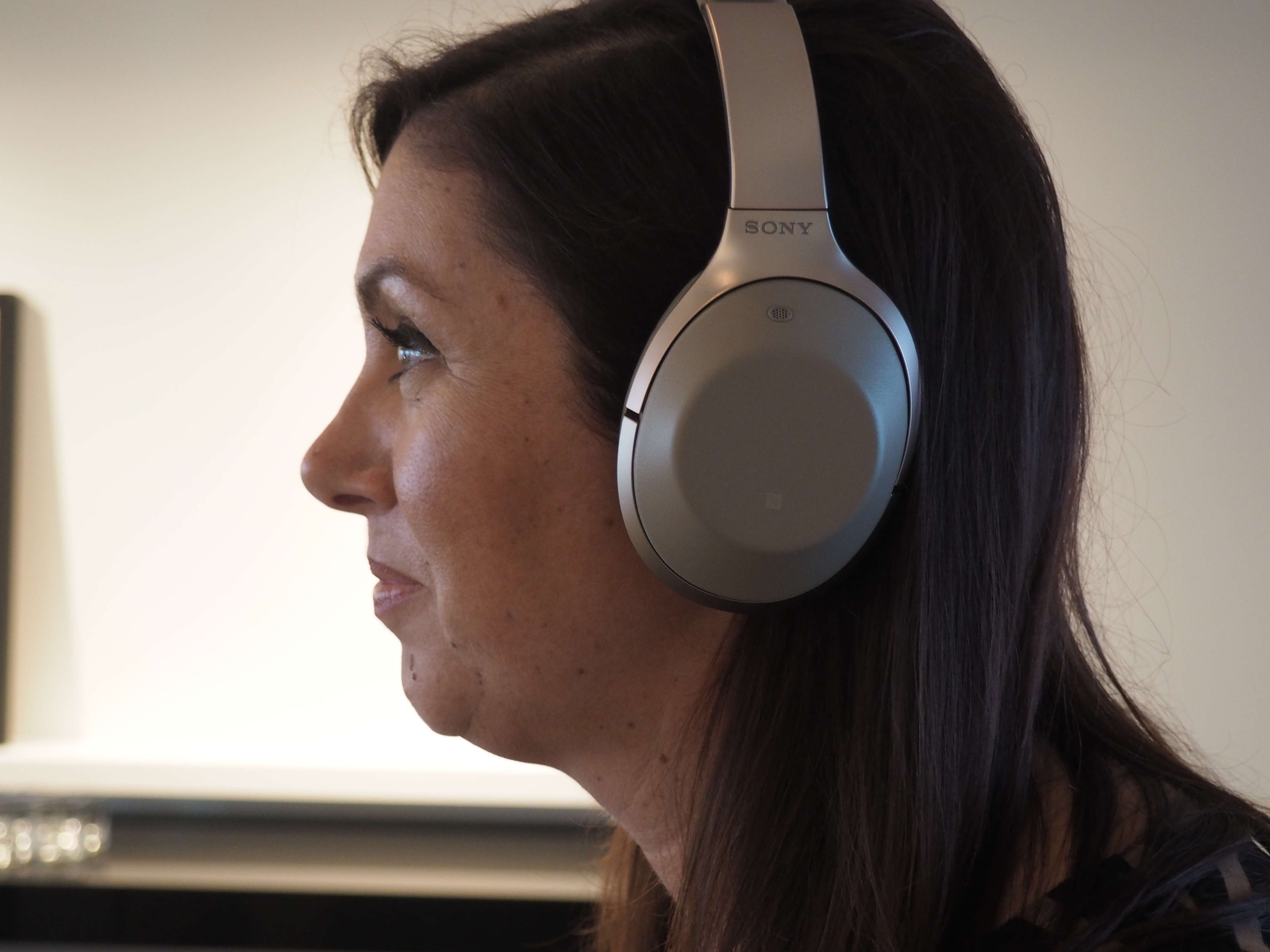 The $399 wireless headphones utilize a pair of speakers to drown out ambient sound, adjusting automatically to one of three different sound scenarios: plane, train/bus and office. When the wearer covers the right ear with the palm of their hand, the music lowers and the system amplifies human voice, serving almost as a hearing aid of sorts.

The right earcup also features a touch panel, a la Parrot’s Zik line, offering the standard array of controls. The battery should last 20 hours on a charge when listening to sound – and when that dies, you can switch to a hardwired mode. 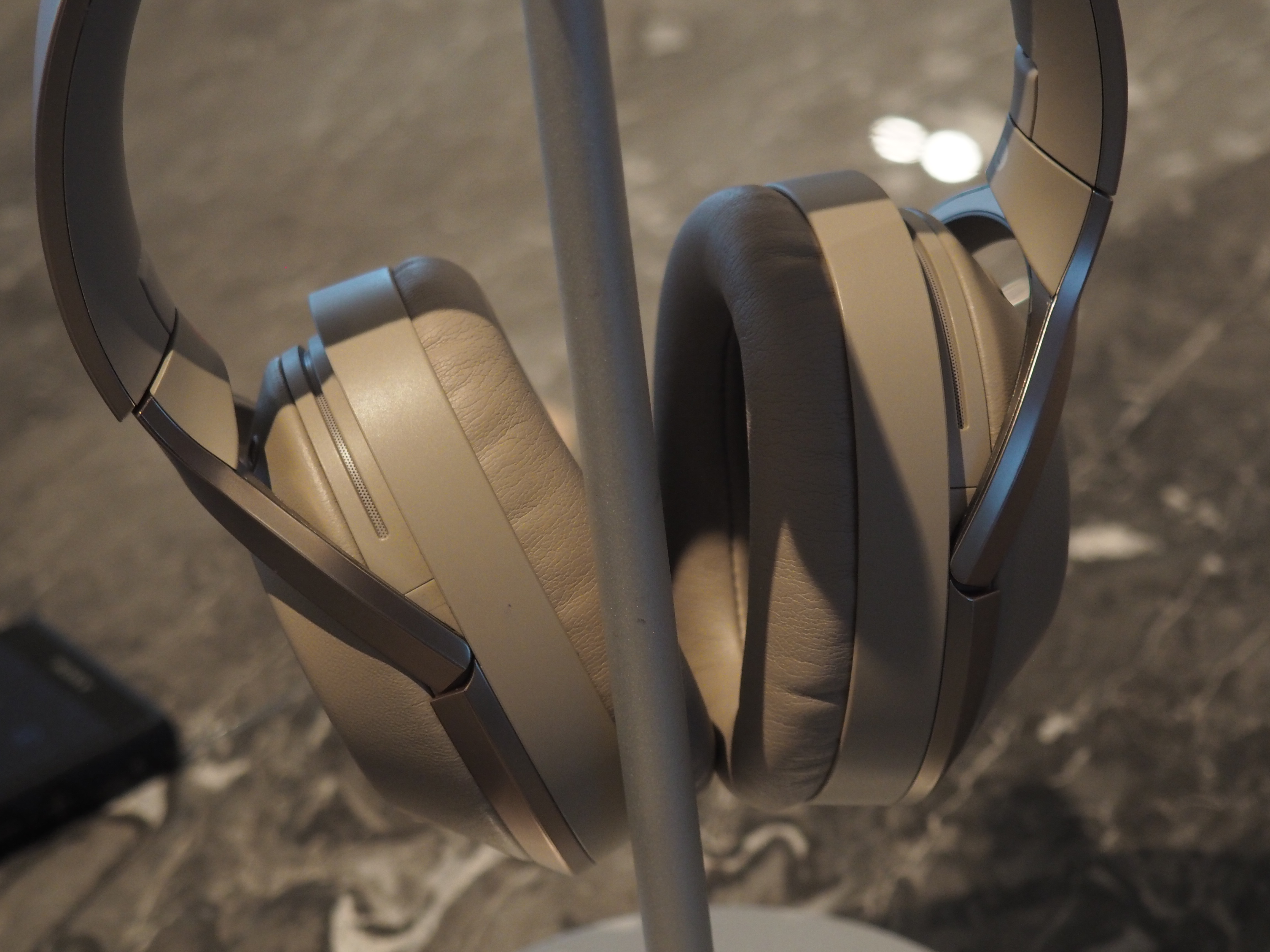 The headphones naturally support Sony’s Hi-Res audio and the company’s LDAC Bluetooth codec for an impressive audio offering when synced with a device like Sony’s own Walkman line. The folding headphones are also quite comfortable and shouldn’t be an issue on a long plane ride.

They’re an impressive offering, featuring a lot of nice little touches from the company, like the ability to adapt sound when the user is wearing glasses and the earcups can’t form a tight seal. 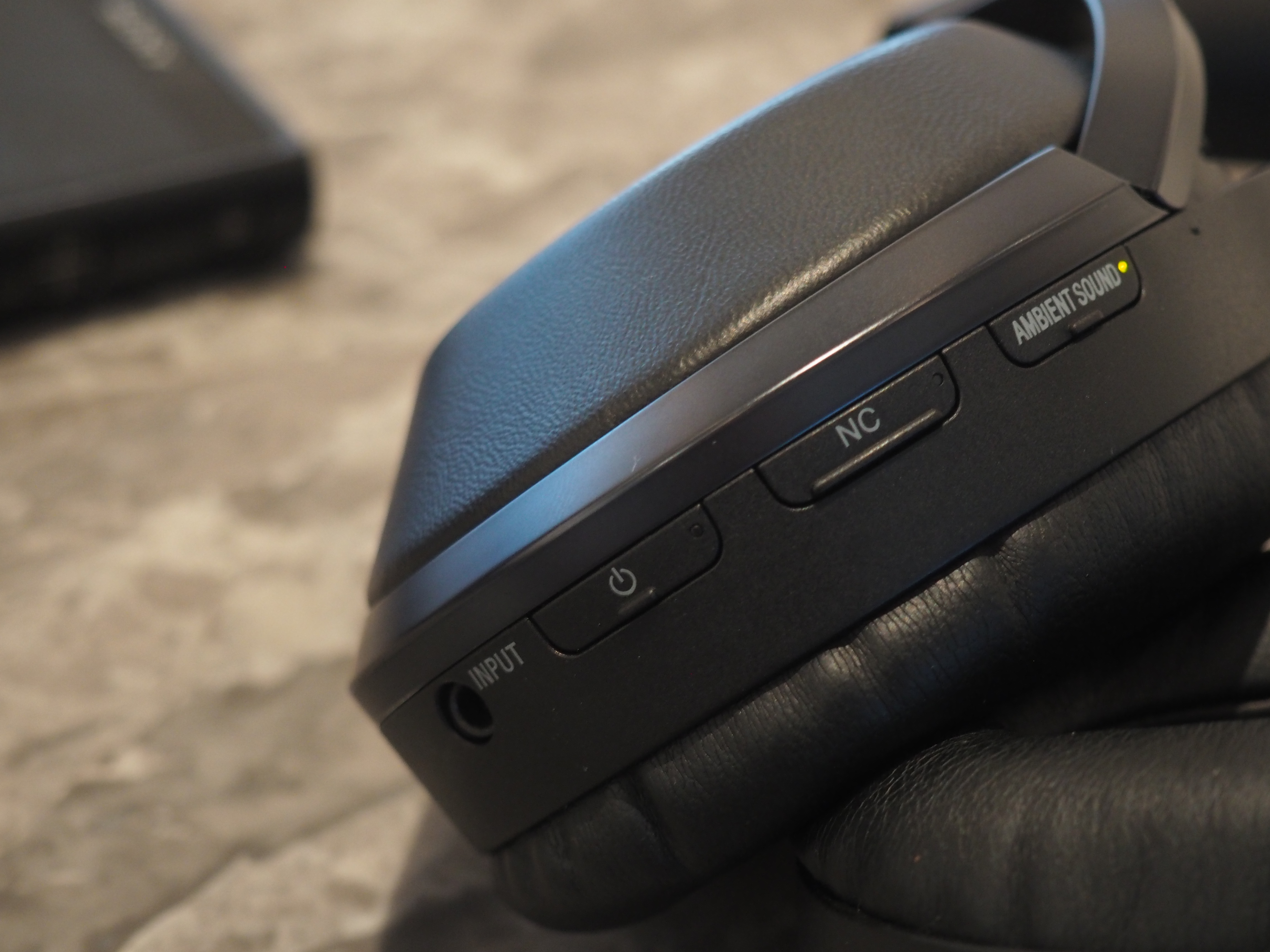 The headphones are up now for pre-order. They’ll be hitting retail on October 16th in both the classic black and a beige version.