Jabra’s still probably best known for its headsets/teleconferencing devices, but the company’s been making a fairly aggressive push into consumer headphones of late. Of particular interest is the fitness space, leveraging its Bluetooth expertise into rugged, fitness-friendly earbuds. 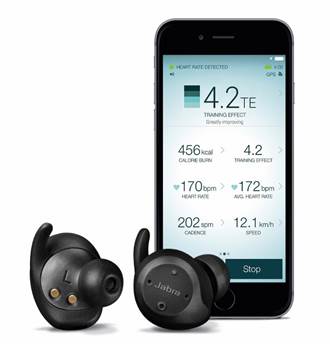 All of that sounds like a lot of battery drain for such small devices. The expectations for these devices are pretty low, of course, given in part that this is new territory. Jabra’s promising three hours a go, which isn’t bad. That’s augmented by the standard charging case, which adds another six hours.

The headphones work with Jabra’s existing Sport Life app and offer real-time coaching in-ear. They go up for pre-order later this month through Best Buy and are set to hit the store on October 30, priced at $250.