Sphero’s BB-8 was arguably the most compelling bit of merchandising, which is, naturally, saying a lot. The latest Star Wars film was, as anticipated, a merch juggernaut, but there was no better bit of serendipity than a startup smartphone-controlled toy maker and the movie’s scene stealing droid. How does one go about improving up such a glorious bit of cross over marketing? Use the force, naturally.

Back at CES, the company took the wraps off wearable used to control BB-8 without the aid of a mobile device, emulating Force-powered Jedi telekinesis. A month later at Toy Fair, it showed off the band’s final design, which looks it would be at home on the wrist of Boba – or, really, any of the Fetts.

BB-8 has been upgraded to match. The new version of the rotund robot has clearly seen some stuff, matching the lived in/battle damaged aesthetic that has forever been a defining characteristic of the Star Wars universe.

The band is pretty big, incidentally. It felt big on me and I’m a grown up – physiologically speaking, at least. As Sphero happily pointed out, though, you can hide it under a sleeve (of your Jedi robe, naturally) to get the full Force push effect. There’s also a built-in speaker, so you can get BB-8’s bloops and blops delivered right to your wrist. 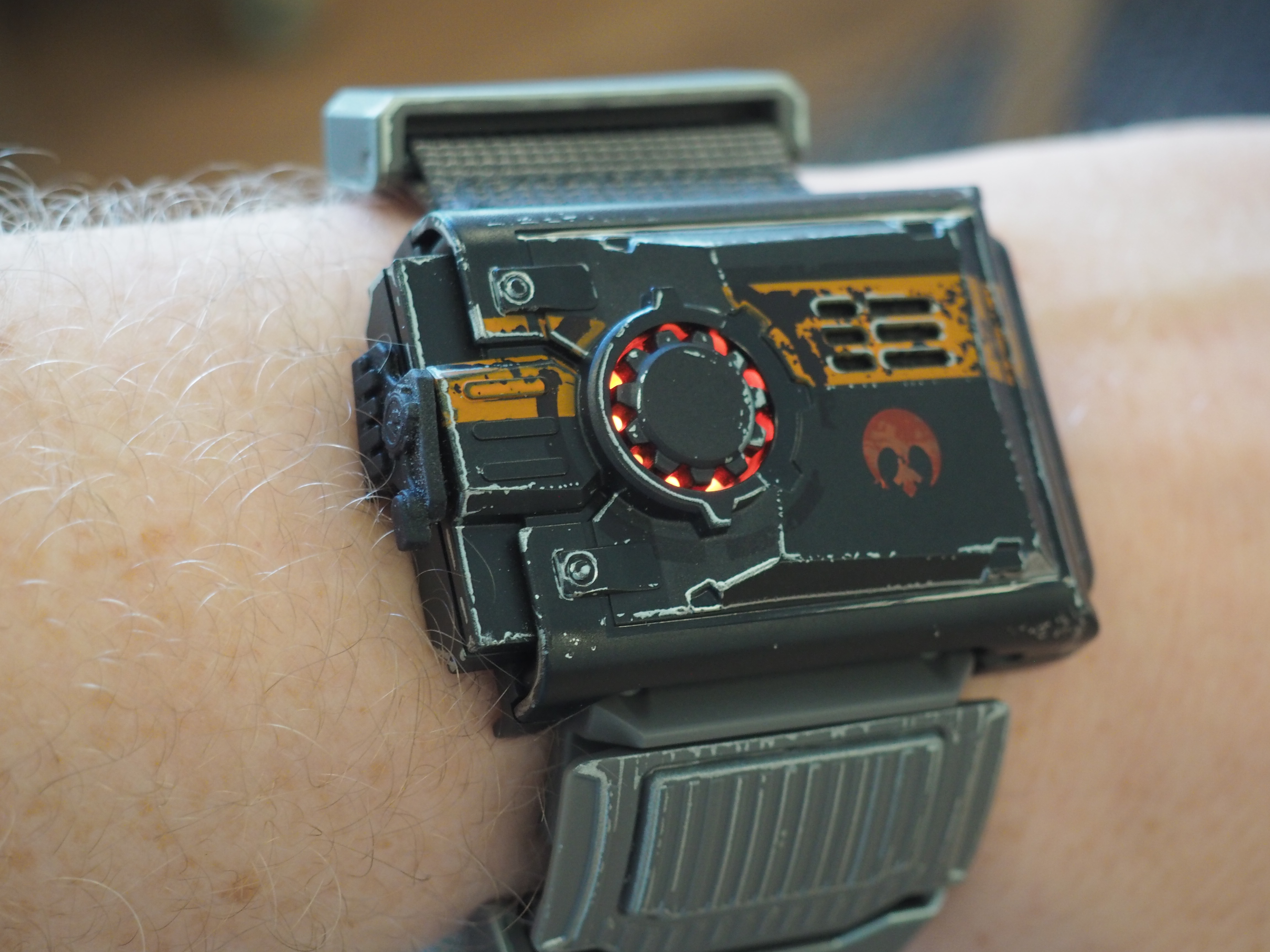 I’ll be honest, the band takes some getting used to. BB-8 is already a little tricky, given the fact that you’re essentially piloting a sphere around. Among other things, there’s no true front and back. By clicking the round physical button in the middle of the band, you active a blue glowing light, which you adjust by rotating your hand. This adjust’s the robot’s direction.

Moving BB-8 around requires under and overhand motions – a sort of flick of the wrist. Raising and lowering the hand adjusts the robot’s speed. I’m glad Sphero was on hand during my first demo to, you know, really help get the ball rolling. You get the hang of it after a while, but controlling the ‘bot is still a lot easier with the Sphero app. 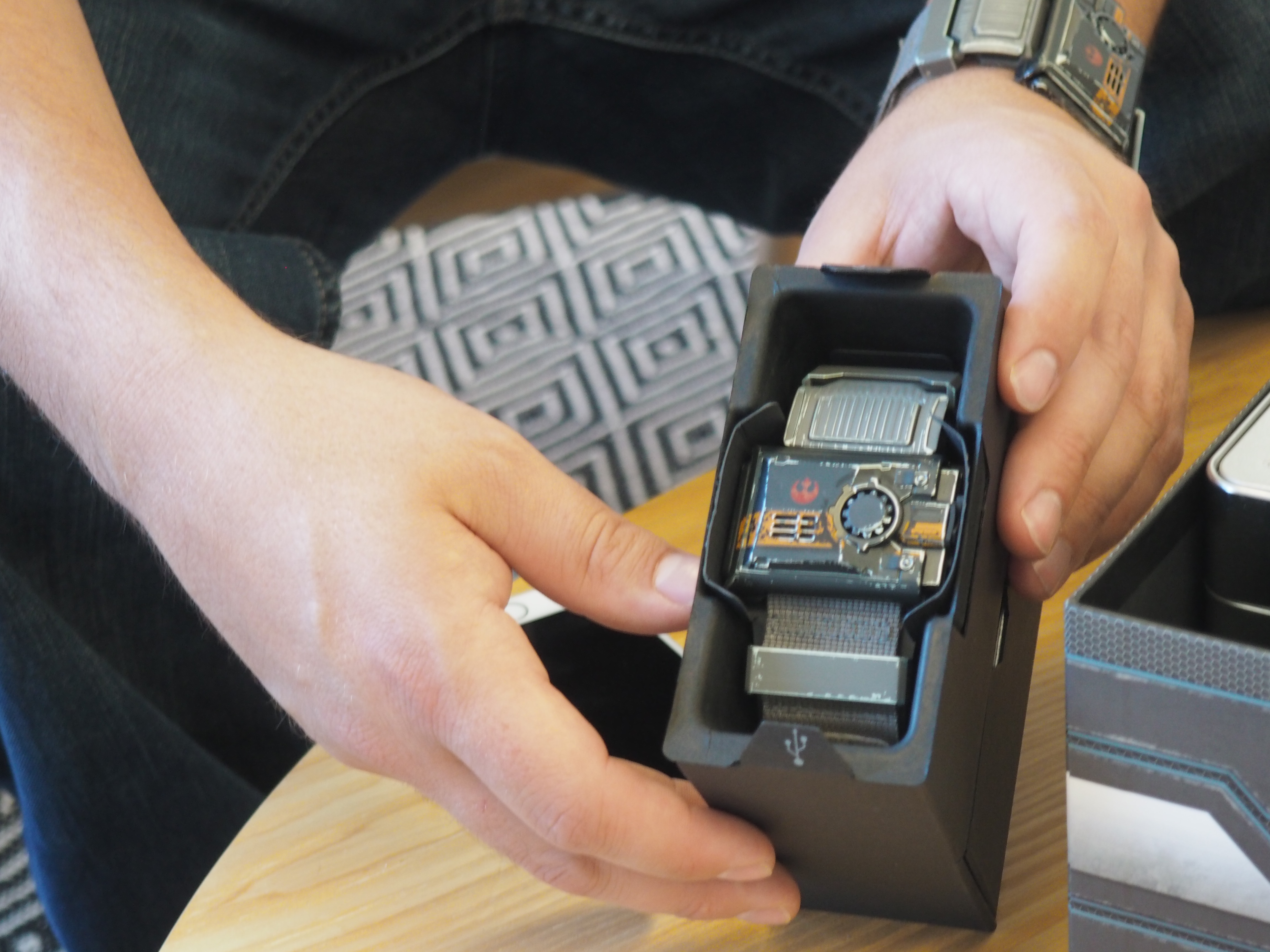