Fitbit’s run has been an impressive one. Hard to believe, really, that the company only started life nine or so years back. In under a decade, it’s become a household name, synonymous with an entire space, even as nearly every hardware manufacturer large and small has issued a competing offering.

Since 2013, the human wrist has served as the company’s primary domain. That year Fitbit offered up the Flex, a simple wearable designed to keep track of activity and sleep. A year later, it launched the Charge, a more sophisticated take on the space that introduced more advanced connected features like mobile notifications.

The Charge has since become the company’s best-selling device, offering compelling features in a form factor and price point well below your standard smartwatch. Two years after the release of the first Charge, the company is finally offering a proper sequel. Of course, plenty has gone down in the wearable space in those intervening years, with a number of competitors offering up products with features lacking in Fitbit’s flagship offering.

As such, the Charge 2 feels like some combination of catching up and pulling ahead. offering just enough additions to once again make it one of the better offerings in the mid-range wearable vertical, while not going heavy enough on the features to encroach upon the company’s borderline smartwatch, the Blaze. 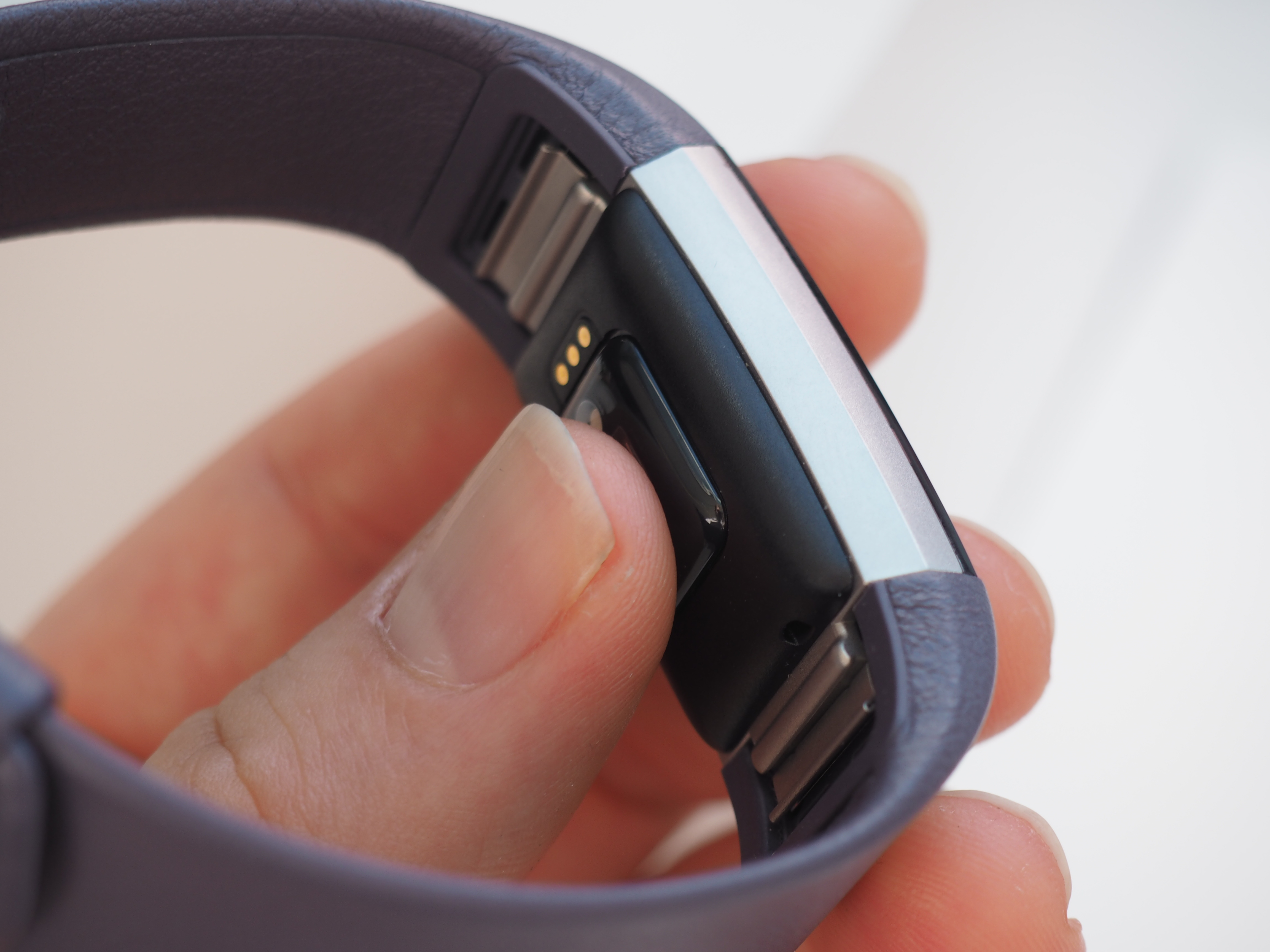 The Charge 2 is a fairly inconspicuous thing. Most of the company’s products are, really. It’s a skinny band designed to be small enough to mostly be forgotten, so users can set it and forget it, leaving it on all day and taking it to bed. The big difference here from a design perspective is a marked increase in display. Of course, the screen tech is pretty basic here.

It’s black and white, and while it does have touch functionality, most of your interactions will be happening through the single physical button on the left side. Really, the display primarily serves as a means by which to toggle through different activity settings, along with offering up activity metrics and notifications as they pop up.

The other key differentiator from a design standpoint is the addition of removable bands — one of the aforementioned bits of catching up with the competition. It’s a much-welcomed feature, nonetheless. It lends a considerable amount of versatility to a device designed to be worn all day and all night. You don’t wear the same clothes to the gym as you do to work (in theory, at least), so why wear the same band. 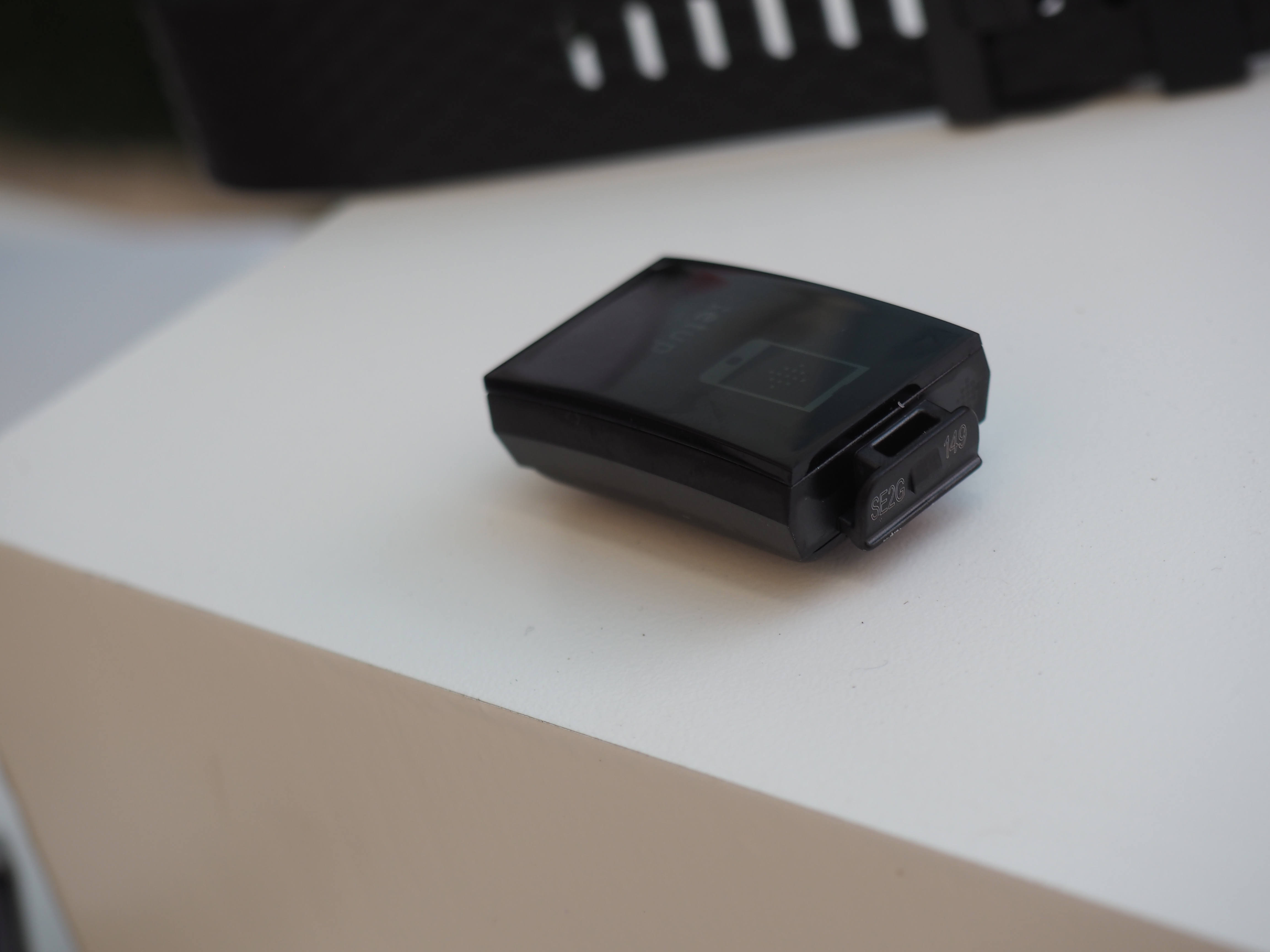 Accordingly, the bands will come in a variety of options, including the standard fitness version ($30) and a more premium leather version ($70). The bands are removed by squeezing together two metal prongs located on the underside of the band.

The Charge 2 isn’t a bad-looking thing. It’s more streamlined than its predecessor, but doesn’t deviate too much from the original Charge’s design language, or, for that matter, the rest of Fitbit’s line. The sensors below the display add some thickness to the band, but the band isn’t nearly as bulky as other offerings, and it’s small enough to wear to bed without being distracting.

An exercise in tracking 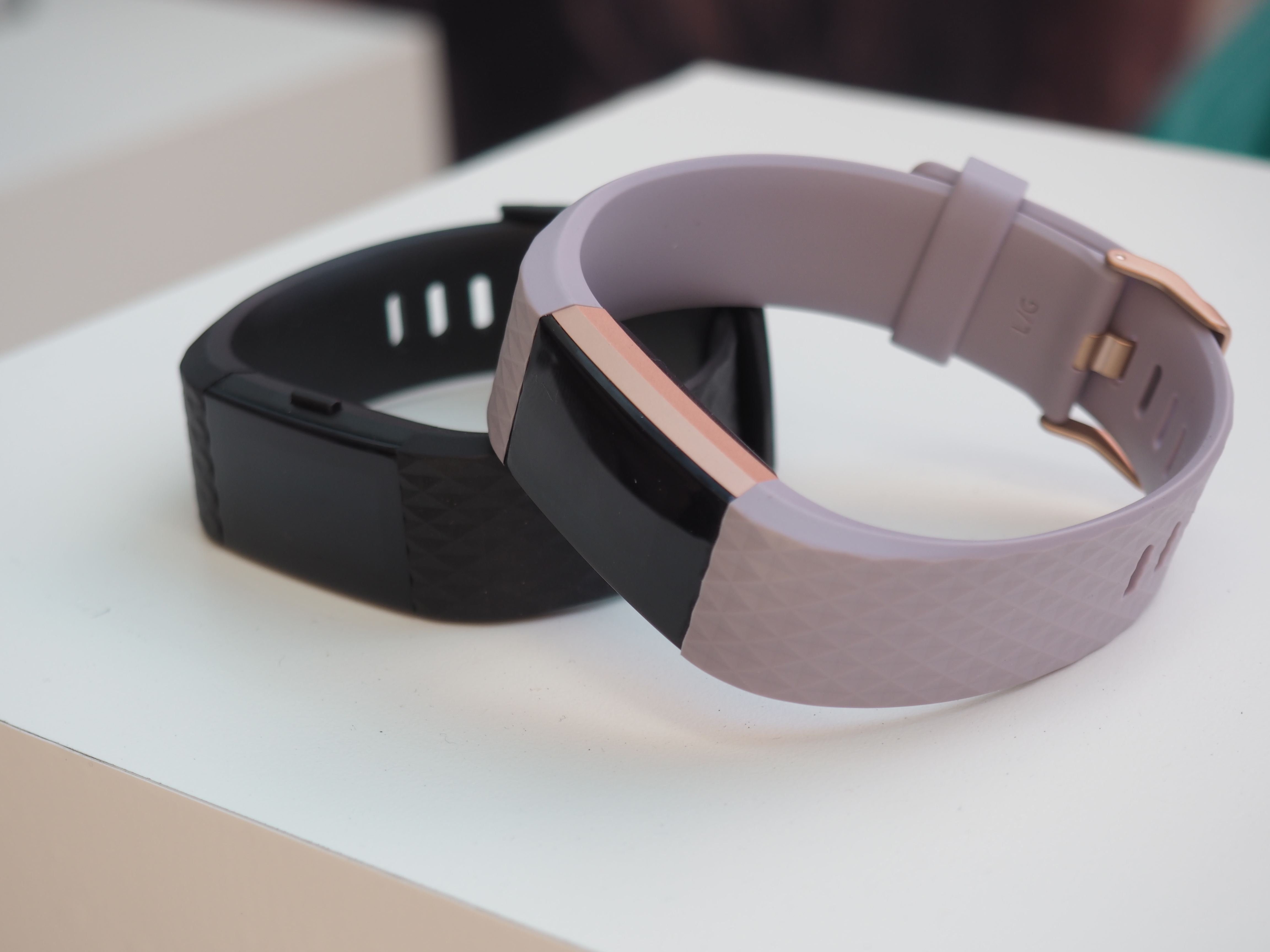 Multi-sport tracking marks another bit of catch-up for the Charge 2 — though the company already has offered the feature on other lines like the Surge. The feature does a pretty solid job automatically recognizing certain exercises.

I found, for example, that it was able to distinguish whether I was walking or using the elliptical and adjusted its tracking accordingly. The app also offers some good insight on the activities when you drill down, including duration, calories burned and the average number of heart beats per minute. 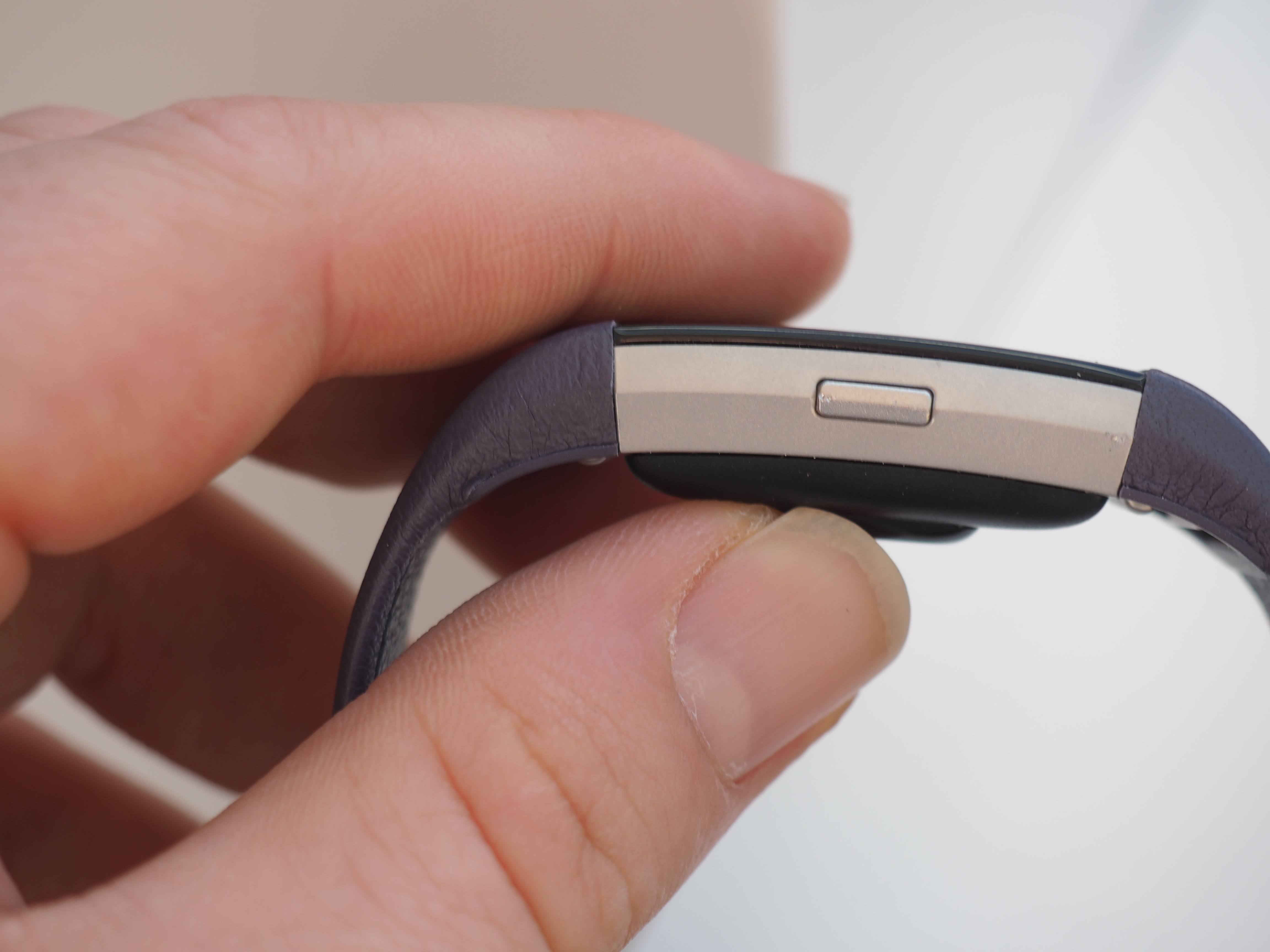 The other interesting addition from an activities perspective is Guided Breathing, Fitbit’s attempt to join the burgeoning world of meditation wearables. The feature offers two- or five-minute sessions, asking the user to focus on the display and breathe along accordingly. The feature determines breathing rate based on heart-beat detection, but mostly the feature is about taking some time out, being mindful and focusing.

I can really use it as IFA approaches this week.

The flip side of that feature is the addition of Reminders to Move. It’s a feature that’s already offered up on a number of competitors’ devices and, well, it’s pretty much what it sounds like, a friendly haptic buzz designed to get you to move your duff at least once an hour during the day.

You’ll also get a tally of how good a job you did staying mobile between the hours of 9 and 5. If you’ve got a desk job, the results can be pretty depressing. 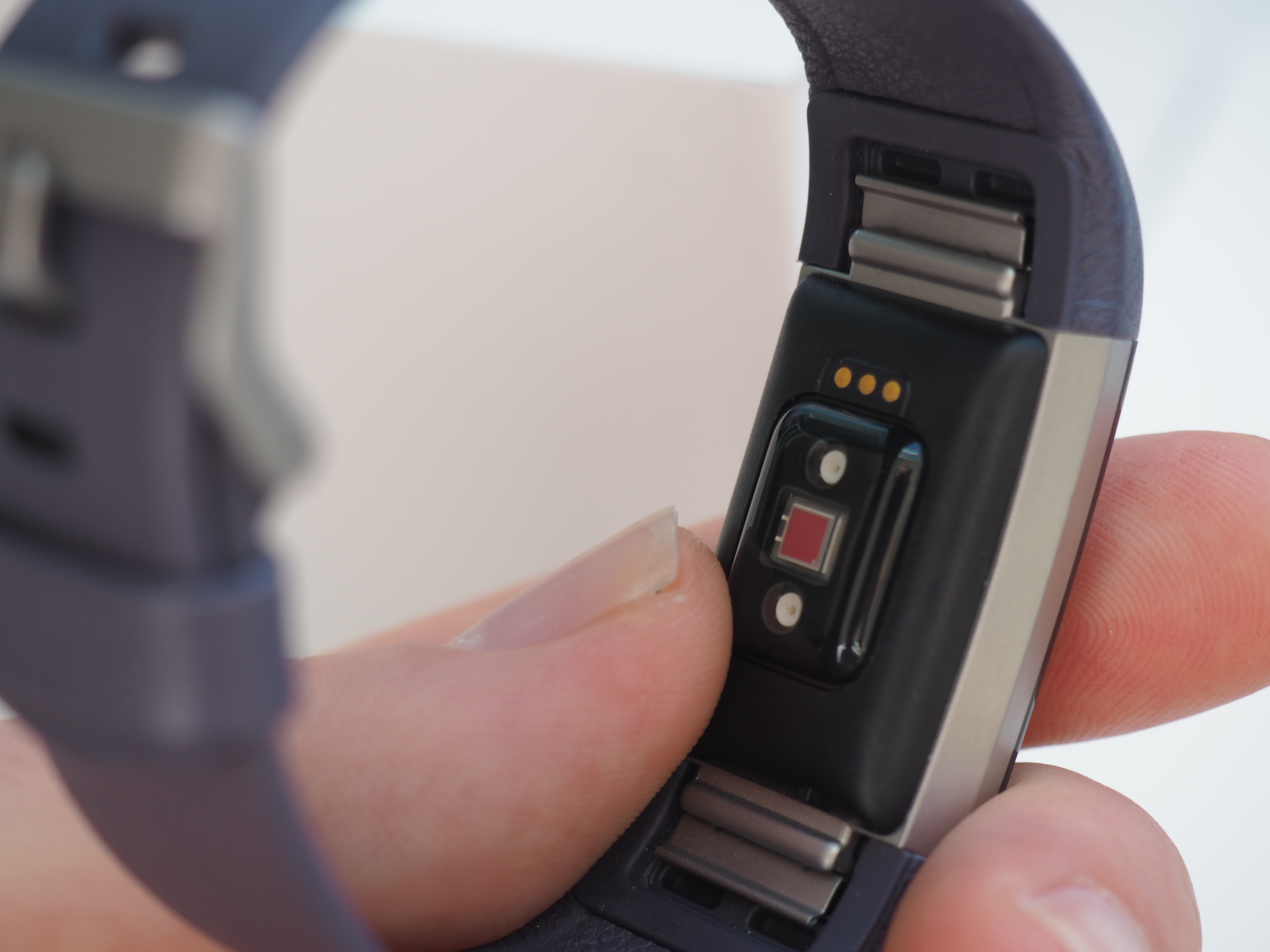 The Charge 2 carries over heart-rate monitoring from the once premium Charge HR. That monitoring is now continuous, meaning that you’ll be able to check in on it any point. It also helps add to the picture of your heart health through the day and night, including how your resting rate stacks up against different activities, offering a more complete picture of overall health when coupled with the new estimated VO2 Max metric.

There’s no GPS built into the device itself, instead the band utilizes what’s built into your smartphone for mapping, pace and distance. That means you won’t be able to do any of that if you leave the phone behind, but it also ultimately means longer battery life, a smaller build and lower price point. As it stands, the battery should get you through several days on a charge, no problem — a must for a device designed to be worn all day and to bed, for that matter. 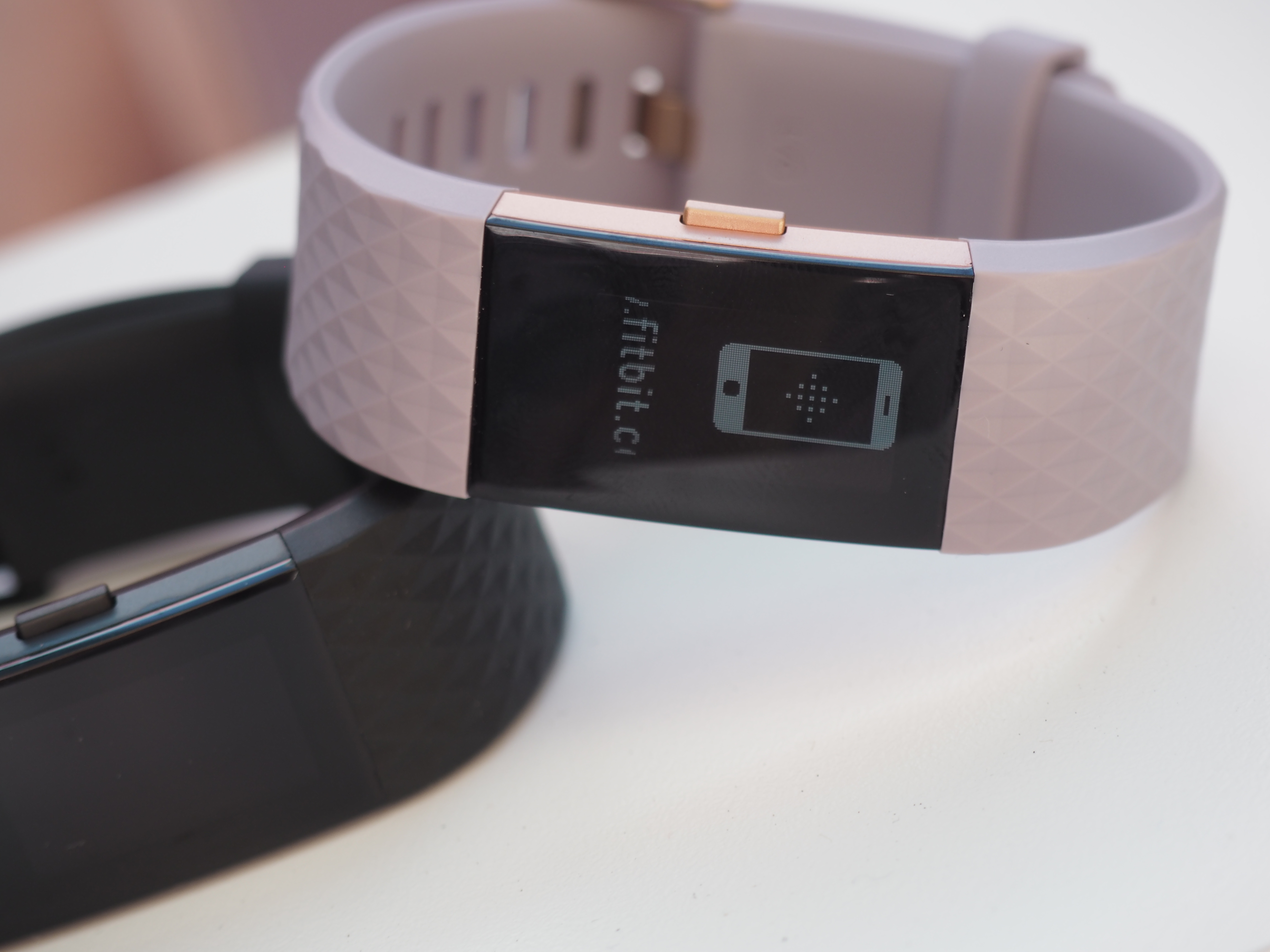 A good fitness band is a delicate balance between minimalism and the latest features. Too few and you get lost in the noise. Too many and you might as well be selling a smartwatch. Fitbit’s done a pretty solid job walking that line here. Not all of the additions are particularly novel, but they’re practically all welcome.

The screen is admittedly fairly minimalist. It’s got a few new faces, but it’s mainly designed for keeping a tally of steps and swapping between different features. Again, much more than that and you’re probably just better off biting the bullet and buying a smartwatch.

At $150, the price is right, as well; $50 less gets you the more basic Flex 2, but all told, the Charge is a pretty comprehensive offering when coupled with the Fitbit app. It’s a sufficiently straightforward presentation that offers a quick and straightforward way for people to push themselves a little harder.