In January, GM did something somewhat unusual for a company founded in 1908 – it began a car sharing operation, offering customers a fleet of new vehicles on-demand, for use in exchange for an hourly fee. The car sharing company GM started, Maven, began in earnest in earlier this year as a 40 person operation, tiny relative to GM’s overall 216,000 employee organization, but in only around seven months, it has managed to expand to five U.S. cities, with over 5,000 registered members and 4.2 million miles driven.

Maven did take a bit of a shortcut, in that it started with a team assembled from a number of other car tech and car sharing companies, including Zipcar, and Sidecar, the ride-hailing startup whose assets GM acquired just prior to launching Maven. Maven Chief Operating Officer Dan Grossman, for instance, came from Zipcar, where he was a Vice President for over six years before coming to the automaker to launch its own car sharing effort. But GM’s goal with Maven was always to build something new that it defined end-to-end, Grossman told me in an interview, and that’s what attracted him to the opportunity to begin with.

“I left our initial meetings really thinking that they were serious, that they wanted to start a brand from the ground up vs. acquiring an existing brand,” Grossman said. “And they wanted to bring all this great innovation both on the technology side and on the vehicle side that they thought would make a difference, not just in the U.S., but globally.” 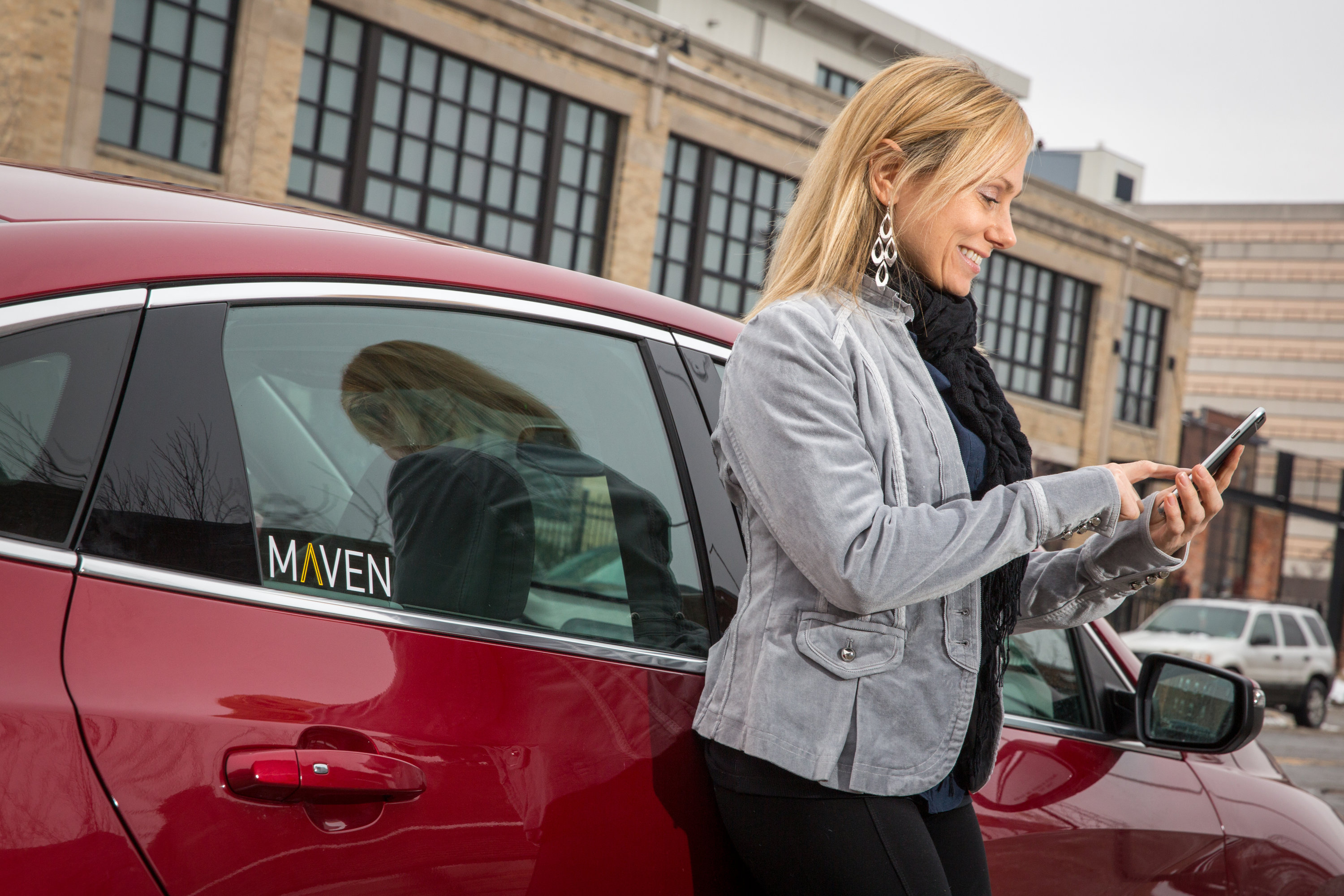 That was enough to convince Grossman to take the job, and he moved to Detroit in September of last year from the Bay area. At that time, the team consisted of just a few people, maybe five or six in total, Grossman says, and they began the careful process of building a company, including conceiving a brand, and putting together all the components of a ride sharing service, from the app-based rental and vehicle access interface, to customer support and member services. By late January, they were confident they had what they needed to put the pedal down on delivering the service to customers.

Even though Maven went from first hire to five city deployment in under a year, ramping up to that 5,000 user membership represents no small amount of effort – effort which could’ve been saved, theoretically, by partnering up with an existing car sharing service. Those are increasingly already owned by other players, however, including Zipcar (Avis), car2go (Daimler) and even more regional players like Toronto’s AutoShare (now Enterprise CarShare). Plus, Grossman says it was important to GM that they build the entire experience, rather than leaving any responsibilities to an outside party.

I don’t know that it could’ve been done any faster with outside help. Maven COO Dan Grossman

“It’s the notion of owning the experience, literally owning that member experience, no excuses, no calling the CEO of another company, not buying another company and having to transition them into GM,” Grossman says, pointing out that everything from IT to customer service is by GM expertise. “I don’t know that it could’ve been done any faster with outside help – it might’ve been slower.”

While GM owns the experience with Maven, its users are falling into a growing category of post-ownership drivers. This has certain benefits, Grossman points out, since the service’s members always have access to subscription features like OnStar, as well as infotainment options like CarPlay and Android Auto in all of the cars in Maven’s fleet. It also give drivers choice, but being a dedicated brand offering, there’s familiarity alongside that choice, since GM car interiors all share the same basic logic. 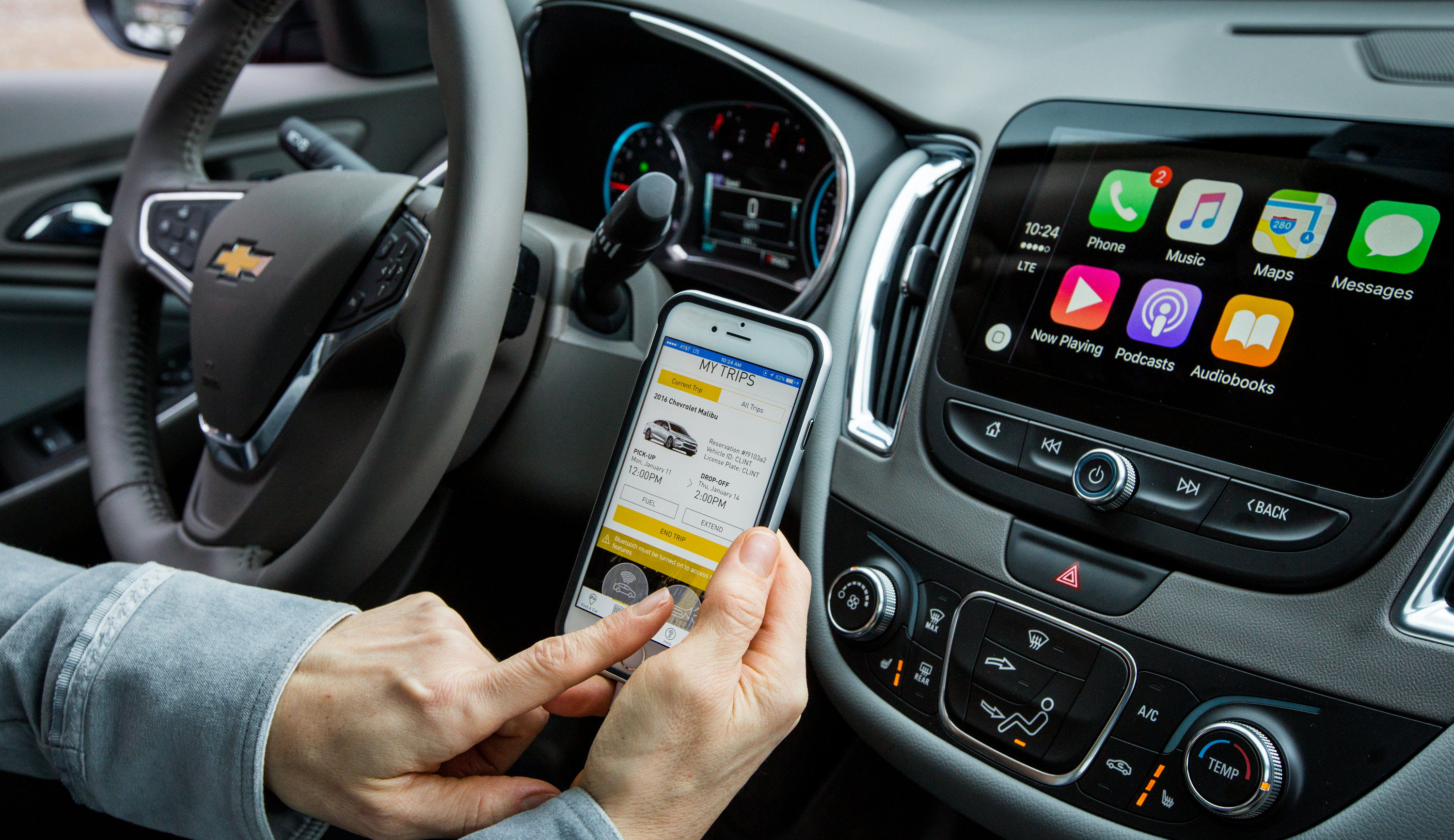 That brought me to a question about what GM hopes to accomplish with Maven. Is it essentially an extended, paid test-ride service hoping to drive vehicle sales? Or is it meant to ultimately eat into or replace individual ownership? GM is open to a number of different scenarios, Grossman said.

“I think we’re ahead, when you look at the last year, when you look at Maven, when you look at the investment in Lyft,” Grossman said. “When GM sells a car, great, it’s great for GM. When someone uses a Maven, GM gets a piece of that, too. When a Lyft driver picks up a customer in an Express Drive vehicle in a GM car, we’re getting a little piece of that, too. I think General Motors is really ahead of the curve. Nobody has a crystal ball, but if there is going to be this change or evolution in the automotive industry, it’s nice to have all these options available to a company this size.”

If Maven is an attempt to divine the future, then might its future involve self-driving cars? Sidecar’s e-hailing patents could be useful in fielding that kind of service, as could the GM’s acquisition of Cruise, the self-driving car technology startup it bought earlier this year. But Grossman wouldn’t comment beyond GM’s existing, general stated interest in autonomy, including via its partnership with Lyft.

For now, the future for Maven is focused on expansion, and Grossman says that will mean growth both at home in the U.S., and eventually, abroad, since Grossman points out that GM considers Maven “a global brand” and sees “a great deal of interest” from customers outside the U.S.