A San Francisco-based startup called DroneDeploy has raised $20 million in Series B funding to grow their drone data management platform.

The drone tech startup closed its Series B deal just before the U.S. Federal Aviation Administration is scheduled to implement new rules governing commercial and industrial drone use.

The Part 107 rules, announced by the FAA in June this year, will take hold next week, and have the potential to unleash a torrent of drones and drone-based services within different industries in the U.S. They clarify and simplify what it takes to use drones at work, legally, as long as the drones weigh 55 pounds or less.

According to CEO Mike Winn, who co-founded DroneDeploy with Jono Millin and Nicholas Pilkington in 2013 via AngelPad, DroneDeploy will use the funding for hiring, product development, sales and marketing.

The CEO said DroneDeploy’s technology is already used in 130 countries and every imaginable industry. The platform allows users to plan flights, pilot drones either one at a time or in fleet formations, and gather and analyze myriad data types to create detailed maps and 3-D models.

DroneDeploy has been used to help investigators identify shallow graves where criminals may have dumped their murder victims, to fly over plane crash sites gathering images from overhead where human inspectors couldn’t safely maneuver, and to gauge the volume of waste in a landfill day by day, among other things, Winn said.

More commonly, DroneDeploy is used in agriculture to survey arable land, and monitor crop health; map conditions on the ground and progress on projects for builders and construction businesses; or to conduct roof inspections for insurance companies and real estate developers. 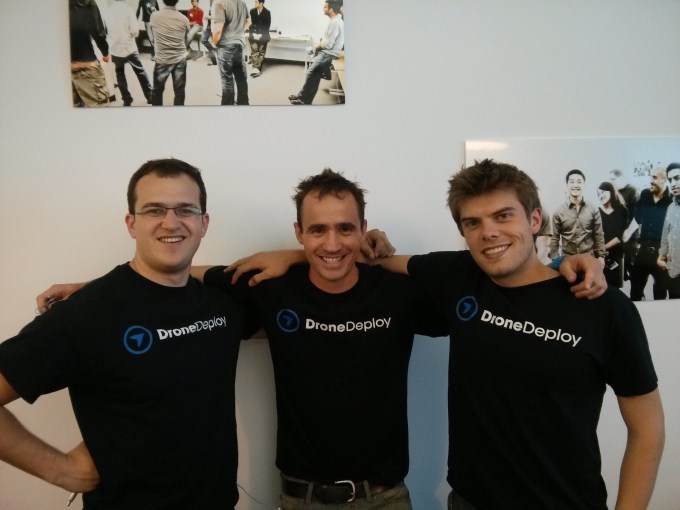 DroneDeploy’s software as a service has been used to map more than 5 million acres of land internationally thus far.

Scale Venture Partners’ Rory O’Driscoll will take a board seat at DroneDeploy, given his firm’s investment. O’Driscoll, who also holds board seats at DocuSign and Box, drew a comparison between DroneDeploy and SaaS ventures that grew successful long before drones were commonly used outside of defense.

“DroneDeploy’s software can enable anyone from the smallest business to the largest corporation in the world to get commercial value out of drones. We’ve seen the model succeed where you have a free product for individuals and small business owners, but can say to large, commercial companies who use this here is an enterprise version, if you pay us more you will get more,” the investor said.

O’Driscoll said he expects DroneDeploy to use the funding to grow its inside and outside sales teams, possibly move into larger offices, and continue to expand their product so that it becomes the “no-brainer choice” for any business operating a drone commercially.

That will mean adding more access and controls for large teams, Winn suggested.

The company’s long-term goal is to make unmanned aerial vehicles, and the data that they gather, useful for any business. But DroneDeploy’s technology has the potential to be used in conjunction with autonomous robots on the ground, too.