SMS is terrible, yet it’s still the way more than half of video gets shared on mobile. Meanwhile, Facebook is trying to turn everyone into famous broadcasters when most people just want to show close friends what they’re up to. 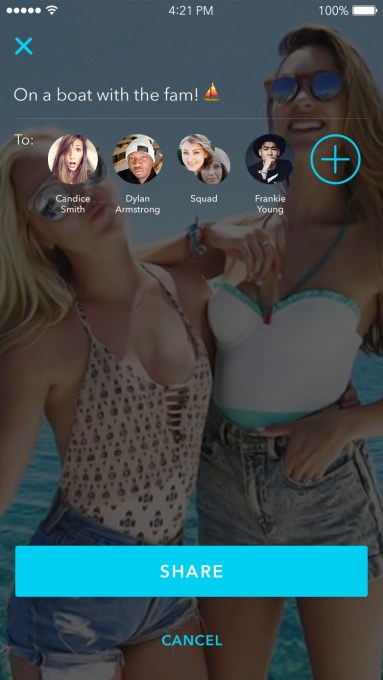 With a camera home screen, Alively lets you choose a few friends who’ll get the link to your narrowcast. They can then watch your HD video in Alively or on the mobile web. Rather than focusing on real-time streaming, Alively video comes across 10 to 30 seconds late so it has time to transmit at the highest possible quality.

Not only do friends get a more vivid window into your life, but the videos are sharp enough to be worth saving. You can keep them in Alively’s cloud so they don’t fill up your phone. In fact, Alively will prompt you to upload your existing videos to free up space.

Alively hopes that by ditching the public streaming to which Facebook Live and Periscope default, you’ll be less shy about jumping in front of the camera. There’s no Likes, just comments. And instead of locking you into a social network, it’s built around your phone contacts, like how Snapchat started.

“We want people to live in the moment rather than focus on how many likes they’re getting” Lavrusik tells me. “Teens on Instagram will post a photo and delete it if it doesn’t get enough Likes in a time period. We want to bring back the purity of sharing.”

To fund that dream, Alively has raised $800,000 in seed funding from some of the top early-stage social investors, Greylock and SV Angel. 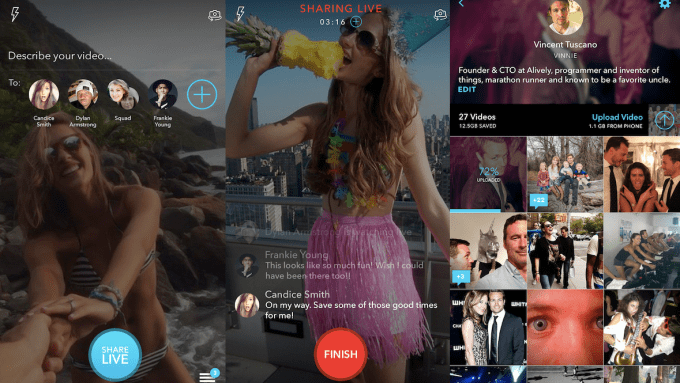 Alively is the kind of app that could have blown up if it launched a year or two ago, before Periscope and Facebook Live began to dominate the burgeoning mobile live streaming market. Meanwhile, mobile messaging apps like Facebook Messenger and WhatsApp offer a better way to transmit video files. Now, it will have to wedge itself in between the social networks and SMS, and hope to expand to conquer some of their use cases.

The issue is that if these other platforms get better at narrowcasting, it could squeeze out Alively. While privacy, HD video and freeing up phone space are strong selling points, Alively will have to convince the world of the joys of close friend live streaming to succeed.

Alively is available for free on iOS.