On the heels of a recent White House initiative announced after its first “Workshop on Drones and The Future of Aviation,” San Francisco based robotics startup Zipline will test drone delivery of medical supplies to remote U.S. communities.

Deliveries will include lifesaving blood, medicine, and medical products to places such as Smith Island, Maryland and Pyramid Lake Tribal Health Clinic in Nevada.

“We put forward a proposal [to the Office of Science and Technology Policy] before the event…and they selected us as a participant to highlight certain capabilities,” said Zipine advisor Lawrence Williams. Zipline will partner with companies  Ellumen and ASD Healthcare and non-profit Bloodworks Northwest on test deliveries of medical supplies in Washington, Nevada, and Maryland. 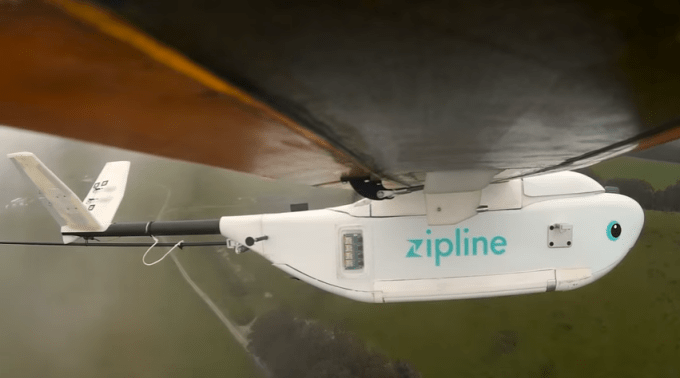 It may surprise some that Zipline’s primary market is not the U.S. It’s Africa. As TechCrunch reported, the company has worked to pioneer unmanned aerial vehicle (UAV) use for health logistics services on the continent. This includes a partnership with UPS for UAV vaccine delivery in Rwanda. Zipline is also collaborating with the government of Rwanda on the launch of one of the world’s first drone ports.

According to Zipline advisor Lawrence Williams, it’s not a stretch that tech based solutions relevant to Africa could find application in the U.S. “Zipline enables instant deliveries of essential medical products without depending on roads or pre-existing infrastructure. That can apply to many places throughout the world,” he said.

The “Part 107” provisions loosened some restrictions but did not open the skies to the package delivery services for which e-commerce actors such as Amazon have lobbied.

“Overall the new rules provide more commercial drone flexibility, especially around aerial data collection, but only allow for package delivery in a very limited fashion,” said Lisa Ellman, Co-Executive Director of the Commercial Drone Alliance. The biggest constraint, according to Ellman, is a visual line-of-sight restriction that limits UAV delivery to as far as the operator can see the drone.

“Luckily the FAA rules do allow for a waiver process that will open the door to some more advanced operations, such as flights directly over people, night time flights, and allowing one pilot to operate multiple drones,” said Ellman. “But the waiver process still won’t allow for flights beyond visual line-of-sight for commercial delivery…” 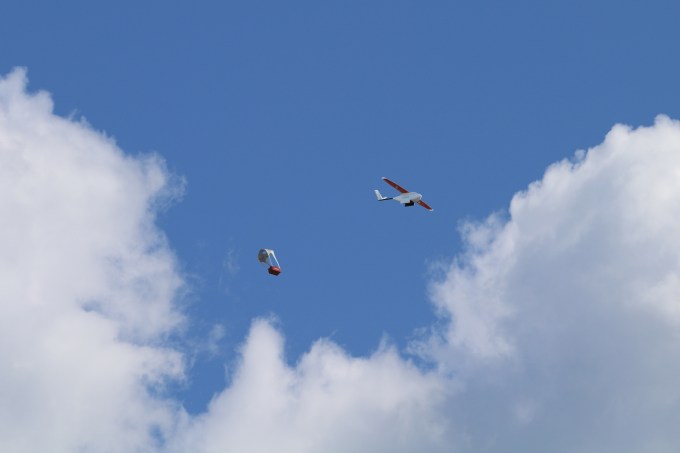 The Department of Transportation indicated a waiver for some package delivery could be possible with regard to FAA rules and Zipline’s pending U.S. medical delivery program.

“There are a variety of pathways a company can follow to begin testing and actual operations under the 107 rules,” said a DOT spokesperson speaking on background. “It’s possible to get a waiver to allow out of line-of-site operations. The timing depends on what’s proposed, the FAA’s requirements, and how quickly the company can meet those requirements.”

That doesn’t tell much about exactly when Zipline UAVs loaded with medical supplies could start long distance flights in the U.S., but there is a path to approval. Similar to actors such as Google and Amazon, the fate of drone delivery beyond how far an operator can see rests on the FAA’s untested Rule 107 waiver process.

Whenever Zipline does begin testing the White House supported program, it could influence the national framework for  the U.S. commercial done sector—projected to generate $82 billion in revenue by 2025.

“There are deeper implications here for a burgeoning industry at hand,” said Terah Lyons, a White House advisor in the Office of Science and Technology Policy. She noted that Zipline is one of several drone delivery actors engaged in the White House’s recent UAV commitments.

“Doing these tests is a means to facilitate smarter decision making from a regulatory perspective…They are all feeding data back into the FAA’s decision making process related to drone delivery,” said Lyons.

Could that influence future FAA rules toward greater flexibility on package UAV couriers in the U.S.? Time and testing under the current waiver process will tell.