You don’t do things halfway when it comes to tasks like mapping the light of millions of galaxies. That sort of job requires a fairly massive undertaking like, say, 5,000 ten-inch cylindrical robots each measuring the width of a finger that are tasked with gathering light from galaxies, stars and supermassive blackhole-powered quasars.

And, of course, one doesn’t simply flip the switch and start mapping, even if you’re the Lawrence Berkeley National Laboratory. Among other things, you’ve got to get the Department of Energy’s approval before starting construction. Having just received that authorization, the lab will embark upon the installation of the DESI (Dark Energy Spectroscopic Instrument) next year at the Kitt Peak National Observatory outside Tucson, Ariz. 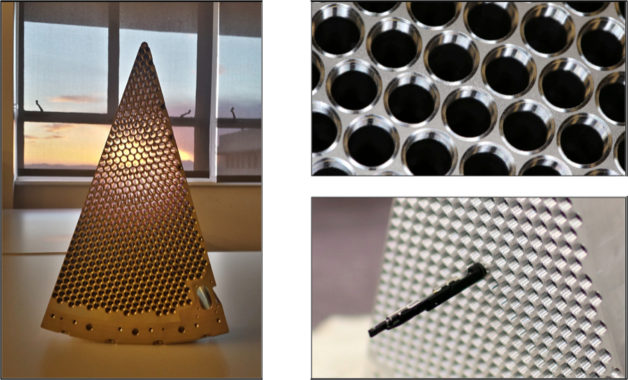 The massive instrument is set to begin its observations in 2019, using light to analyze various properties of the celestial bodies, including how quickly they’re moving away from us (was it something we said?). Those observations will be capable of looking back in the rapidly expanding universe as far as 11 billion years, getting fairly close to the start of it all.

The planned observation will take five years, focusing on a third of the sky with data capable of bringing a third dimension to standard 2D sky maps. Of course, every scientist is hoping to get some unique new insight out of the project.

Here’s spokesperson, Risa Wechsler putting dark energy on notice, “DESI will be able to make a 3D map of the universe using an order of magnitude more redshifts than currently exist. This will allow us to probe the physics of the universe and discover the true nature of dark energy.”