Pokemon Go is definitely big enough to start generating its own ecosystem, and one new Android app hints at how far things could go beyond simply crafting a better Pokedex. PokeFit gives PoGo trainers a dashboard overlaid on their game screen to track play time, distance travelled, steps walked and energy burned.

PokeFit, from P3 communications, helps trainers get a real-time grasp on the positive health benefits they’re getting by playing Pokemon Go. The app itself keeps a log of your sessions, giving you a breakdown of how long each lasted and how much distance you traversed during your trip. When you’re using Pokemon Go, it displays a small rectangular frame in the upper left corner of your screen, providing quick access to info at a glance. You can also turn off the display but still track your stats for review later if you’d rather go for the pure PoGo experience.

The app has another special feature that power trainers will welcome: You can use it to override your screen’s timeout settings, keeping the display on Android devices from going dark while you’re out tracking down your ‘mons. The app also tracks battery usage and data spent while playing Pokemon Go, which might be eye-opening info for frequent players.

One other interesting thing PokeFit does is keep route maps of your game sessions, overlaid on Google Maps. It’s a pretty standard feature for apps like MapMyRun, but interesting to see here — provided, of course, you’re okay with making that data available to the developer. 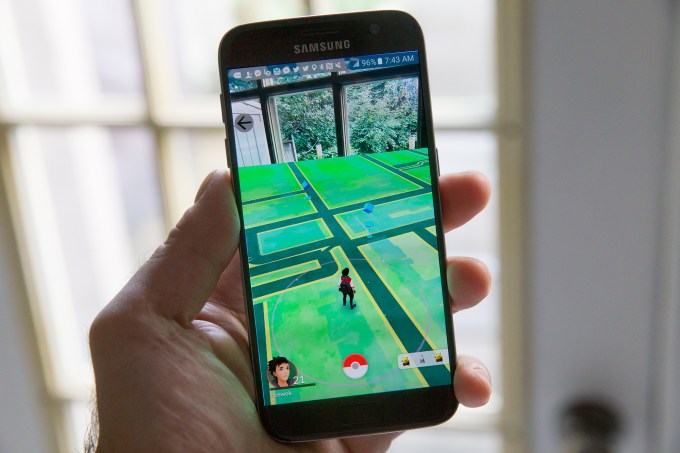 Other apps are similarly interested in adding features to Pokemon Go, particularly on Android where there’s more flexibility for concurrent applications.

LookOut!, for instance, offers a live video feed (with quite a bit of lag, sadly) at the top of your display overlaid on Pokemon Go (and other apps) to give players a look at what’s in front of them, so they don’t walk into traffic or fall down a well.

I still think it’s early days for Pokemon Go in terms of interest and sustained popularity, so expect to see more of these types of applications. We’ll check back in about six months and see if anyone’s managed to build a sustainable business strictly operating within the market of Pokemon Go players.