If you’re not already thinking about what your product looks like in a messaging application, it may be too late. Facebook Messenger crossing the 1 billion user mark today isn’t unexpected, but it is a huge blinking marquee telling us what we should already know: messaging is the platform of the future.

Messenger’s milestone is just the latest in a series of big numbers for messaging apps. WhatsApp hit a billion users in February; Line, which had the most successful IPO of any tech company so far in 2016, has 218 million monthly active users; Kik has 300 million registered users. Few things of any description can claim this kind of reach, and that’s going to have a huge impact on how we communicate with one another.

We’ll build this civilization on the bones of the old

The rise of messengers is definitely driven by organic growth from users, but companies that operate them also have reason to want to push them to grow further still. Real platform control in the mobile era has been dominated by just a few companies – even as few as two depending on how you count.

Google and Apple are the most dominant (and you could probably make a case for Samsung, too). These are the companies that control the operating systems that power the most ubiquitous computer on the planet – the smartphone. They define the ultimate limits of what appears on those platforms (both, of course, with limitations; though Apple faces fewer of those than Google), and they, as a result, ultimately own the audience.

Companies that build software for those platforms can have tremendous influence – and Facebook is among the most influential. But the platform ultimately still belongs to the company that owns the OS on which that software runs. Except when a player that depends on them makes a play to own more of the user’s attention, time, money and experience. 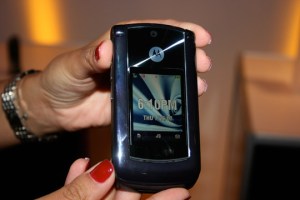 The iPhone usurped control from desktop platforms like Windows, as well as from carriers, which used to control the wireless network ‘platform’ upon which mobile phones depended. In much the same way, messaging apps want to make the platform that underpins them interchangeable and irrelevant, and seem best positioned out of anything born in the mobile age to do so – as evidenced by Facebook Messenger’s reach, which it has managed to amass despite sever limitations like not being available in China.

Legacy platform operators aren’t out of this fight since they have their own offerings, and messaging apps won’t replace the OS layer below them in general importance for a while yet, but the locus of power is definitely shifting.

It’s not an ideal name to brand the category, but the chatbot is a very real example of one of the immediate impacts of a shift to a world where messaging apps own the bulk of our attention. Some startups are avoiding the ‘chatbot’ name altogether, but it’s a term that already has recognizability, despite also possibly misaligning expectations with reality when it comes to what these things provide.

The best of these operate in a specific domain, and provided relevant information in response to conversational queries from users. A lot of people point to the longstanding existence of bots and automated responders in things like IRC and AIM as proof that chatbots have been around for a long time, but what were once novelties hacked together by hobbyists are now almost mandatory offerings for large brands and businesses. 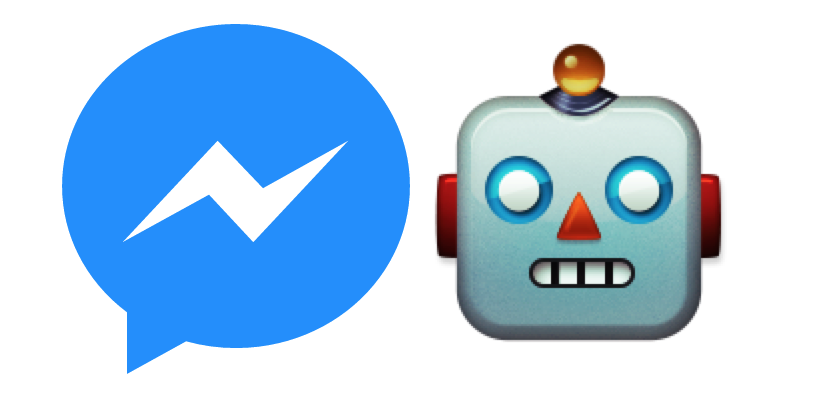 Nearly ever messaging platform also now has a bot store or supports them in some capacity. Facebook Messenger is a prime example, given its announcement is the reason this article exists, but others like Kik, Skype, Line, Telegram and more are all encouraging bot development on their platforms. Google’s upcoming Allo messenger app even has one built in as an always-on concierge, which will represent a big step in putting conversational UI at the forefront of mobile OS experience.

Bots definitely need to adapt to suit the needs of users, but their growing ubiquity will have a big impact on people’s expectations of messengers, too. Increasingly, automated conversational UI programs will define our communication within messaging apps, and that’s going to change the way we communicate with each other, too. This goes double for media companies looking to connect with audiences.

We’ll need a new language for our new world

Already, it’s easy to see plenty of impact on the structure of language as a result of messaging dominating interpersonal communication. Emoji are probably the most immediately apparent effect, and its importance in terms of defining how we interact with another is apparent in the attention rightfully given to things like Google’s addition of diverse representations of women in the workplace to the Unicode standard.

But emoji isn’t the only thing set to change as messaging apps dominate not only conversation, but also our general computing and consumption experiences. Already, media is reconfiguring for brevity; publications are designing conversational ways of relaying news, with Quartz’s news bot app as a strong early example of what this could look like when done well. Video, too, is changing dramatically, with an emphasis on captions that make clips digestible even when a device is on mute, and durations that match our newfound preference for glanceable information intake.

The mistake is in thinking that it’s enough to relay information on messaging apps the way you would do so in a casual conversation between friends; already, we expect information to be conveyed differently if presented by a news website as opposed to a Tumblr, a friend’s Medium or on Twitter – the same will be true for messaging content, but we’re still at the stage where figuring out the best voice for each is far from fixed.

One last thing to note: A messaging platform isn’t defined by a visual UI; voice-based communication fits the paradigm just as well, if not better, and that’s the reason I expect messaging to truly take a primary place among platforms in the future. That’s going to add another level of change to publishing and general communication, and it’s something companies like Amazon have already begun to anticipate.

In the end, whether through voice or through text, we’re moving quickly towards a conversational future, and that could end up representing a bigger shift than even the move to mobile.