Fresh from a positive listing in New York on Thursday, messaging company Line saw its share price jump as high as 50 percent after it listed on the Tokyo Stock Exchange in its native Japan. In total, the company raised over $1.1 billion from the dual listing, which makes it the biggest tech IPO of 2016 to date.

The company opened at $42 on the NYSE, up 33 percent on its list pricing, and it closed the day at $41.58. Its share price in Japan, which is its largest market and responsible for 90 percent of revenue, jumped to 5,000 JPY from an opening price of 3,300 JPY before settling to around 4,405 JPY at the time of writing.

I wrote a fairly lengthy explainer on the company, its strengths and challenges yesterday, but the success of its listing has been remarkable given that the company hasn’t shown much sign of growth lately.

Line has 218 million monthly active users, two-thirds of which are in Japan, Thailand, Taiwan and Indonesia, but it only added 13 million to that figure over the last year. That’s around six percent growth. 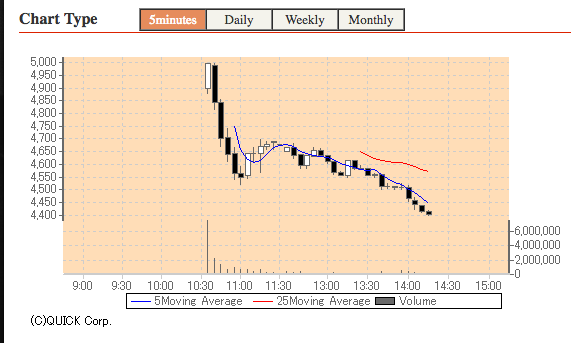 Line on the Tokyo Stock Exchange