Facebook Paper could have given publishers the reach they lost yesterday in the News Feed, but no one wanted the standalone news reading app. Facebook has pulled the Paper app from the app store and will discontinue support for existing downloads of it on July 29th, according to a message show to all user.

Despite it’s eye-catching, progressive design, the experience proved unnecessary for most and too unfamiliar for those that tried it. Part of the app will live on, though, as design elements and features in Facebook’s Instant Articles. For example, Facebook pioneered the tilt-to-pan method of exploring wide landscape images in Paper when it was launched in 2014. 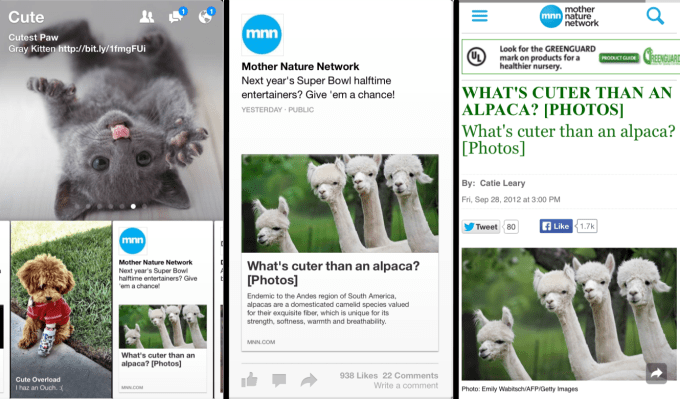 TechCrunch originally caught a glimpse of a Paper prototype being used by a Facebook employee  a full year before it was released. Upon its debut, it let readers browse full-screen tiles of different news articles in categories like sports, world news, and business, plus a stylized version of their News Feed.

But almost immediately, Paper began to tumble down the app download charts. It fell from the top 300 US apps in a month, and hasn’t been in the top 1500 since the end of 2014. Few talked about Paper, though there was a small but loyal audience who preferred its design to the white-space heavy main Facebook app. According to third-party research firm SensorTower, Paper is estimated to have only seen roughly 119,000 downloads in the past year, and between 1.2 million and 1.6 million total since launch. 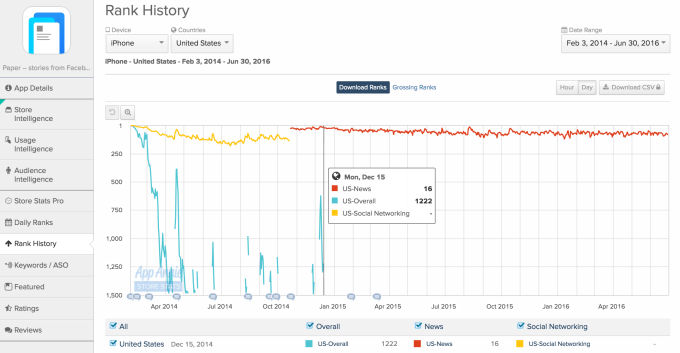 Late last year Facebook canned several other standalone apps built by the Creative Labs team that initially spawned Paper. And just this morning, Ben Cunningham, one of Paper’s core engineers, left Facebook after 3.5 years working. He exited with a post of this video showing a variety of Paper screenshots showing how it evolved into Instant Articles. And now Paper is gone, as first reported by The Verge.

Here’s Facebook’s message to Paper users about the shut down. 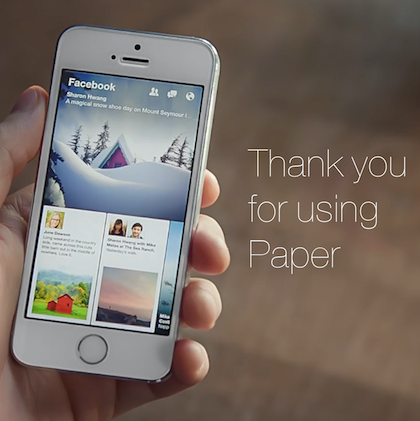 In 2014 we launched Paper, a standalone app designed to give people a new way to explore and share stories from friends and the sources they care about. Today we’re announcing that we are ending support for the app and users will no longer be able to log into the app after July 29.

We know that Paper really resonated with you–the people who used it–so we’ve tried to take the best aspects of it and incorporate them into the main Facebook app. For example, the same team that built Paper also built Instant Articles—a fast and interactive experience for reading articles in News Feed—using many of the same tools, design elements, and fundamental ideas as Paper. Our goal with Paper was to explore new immersive, interactive design elements for reading and interacting with content on Facebook, and we learned how important these elements are in giving people an engaging experience.

We know not all the features you love will move over to Facebook, but we hope you’ll continue to notice elements from Paper improving the Facebook experience for everyone. We can’t thank you enough for using the app and exploring Paper with us over the past couple of years.

Now with no dedicated place to read news, and the main News Feed focusing on showing posts from friends and family, news publishers may find it tougher to pull referral traffic from Facebook. 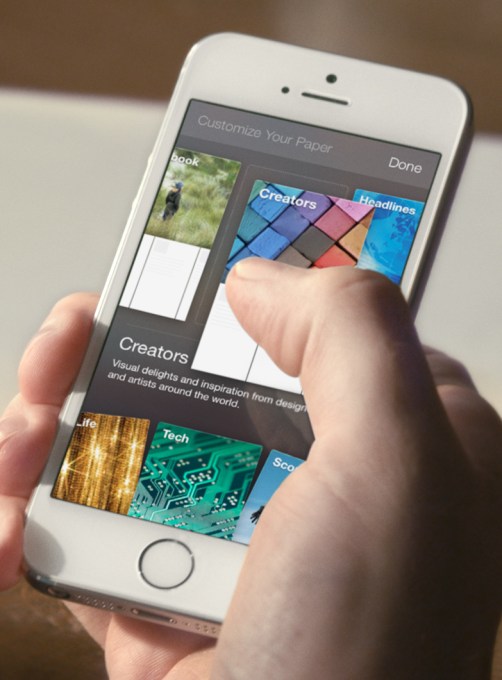 The whole media industry is sneering at Facebook for supposedly screwing them over. But users demonstrated that they just don’t need non-stop links to the latest shallow gossip, political stunts, exaggerated tragedies, and mundane industry news (yep, that’s us sometimes). Both their behavior and surveys said there were too many blathering news outlets in their feed.

Many publications grew too big for their britches, posting non-stop to social networks when there are really only a few truly important news stories each day that people require to stay informed. We need information about the future of government, the struggles for justice by the disempowered, true art, and the businesses that will change our world for the better. Frankly, a lot of what may disappear from the News Feed didn’t fall into those categories.

Facebook rebalancing the mix of content to focus on the unique stories about the people you care about shouldn’t be seen as the apocalypse for news. Instead, it should be a rallying call for publishers to concentrate on telling the stories that matter in compelling ways. That’s what people will still read and share.