It’s not everyday that a 6 ft. 7 in. NFL star says he is going to spend his offseason designing and launching a new interactive children’s app.

So to learn more, we sat down with Martellus Bennett, tight end for the New England Patriots and founder of The Imagination Agency, a multimedia production company designed to bring Martellus’ ideas to life.

The first product out of the studio is Hey A.J., a children’s book with an accompanying interactive mobile app. The app lets you read along with different narrators and play a game where you help A.J. make breakfast.

It’s certainly unusual for an NFL star to be creating children’s characters and stories in his spare time. But as Martellus explained, it’s something he’s done his whole life. But now, using proceeds from his football career, Martellus is shifting his focus from creating characters to actually putting them to work inside content like books, apps and animated film. 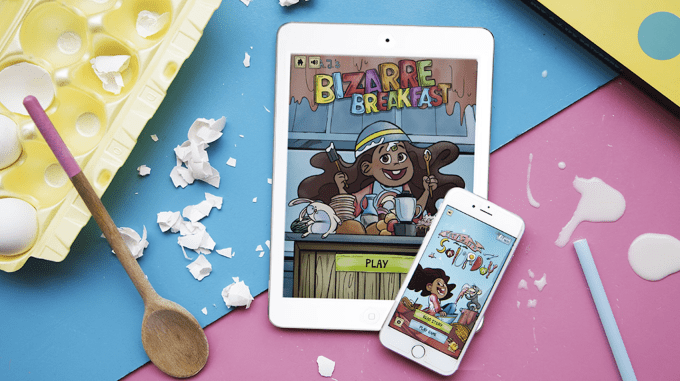 While Hey A.J. is the only project released so far, Martellus explained he has “hundreds of characters in his head” just waiting to be turned into a story. And it seems that he’ll get his wish, as his startup is planning to release two more apps and books over the next year, as well as upcoming animated TV and film projects showcasing Martellus’ creativity.

Watch the above video to learn more about Martellus’ vision for The Imagination Agency, how he thinks technology like virtual reality will change entertainment and what it’s been like trying to start a new company while playing in the NFL.