Don Basile Contributor
Don Basile is an entrepreneur and venture capitalist with more than 20 years of executive experience in technology, healthcare and telecommunications.
More posts by this contributor

Long before the 3D printer, origami was the original genius at creating lifelike forms out of a flat surface. Folding brings with it the ability to collapse, flex and unfurl structures at will, which has huge potential for a variety of engineering applications. From digestible origami pills that could provide alternatives to invasive surgery to solar panels that could be tightly packed in an aircraft and deploy after launch, at the heart of origami’s modern applications is its ability to transform.

Origami has been transforming ever since Buddhist monks carried paper from China to Japan in the 6th century. Because paper was expensive and not widely available, its first origami applications were for religious ceremonies.

One of the first common shapes was the “Shide,” a series of zigzag folded and cut paper attached to either rope or wood to signify purification rituals. Next came the “Mecho” and “Ocho,” male and female butterflies that were attached to sake bottles at traditional Shinto weddings. By the 17th century, origami extended beyond its ceremonial origins to a popular form of recreation, thanks to the advent of mass-produced paper. Millions of paper cranes ensued.

Forms stayed relatively stagnant until the 1950s, when the Japanese artist Akira Yoshizawa inspired a new generation of artists and scientists with his complex and lifelike renderings of animals. Then came physicist Robert Lang, who has been leading the charge in computational origami, uniting mathematical formulas with the art of folding. Among Lang’s many practical origami-inspired applications has been improving the safety of airbags in automobiles.

This intersection of multiple disciplines has rich potential for solving a whole host of real world engineering problems, mainly because origami is a compliant mechanism. It gets its motion from bending and deflection rather than hinges or bearings, and the motion relies on the paper’s flexibility. If these principles of strength and flexibility are applied to materials more durable than paper, the possibilities are endless.

Last year researchers at Sweden’s Karolinska Institute demonstrated how a series of folds to a DNA strand could result in better drug delivery methods. Through a series of folds, a complex computer design shaped like a rabbit can be assembled using manufactured DNA strands.

Because the shape is multidimensional, the DNA strand is spread out on every edge of the origami structure. This method stems from a mathematical equation known as Eulerian circuits, and it allows circular DNA molecules to remain flexible while easily being folded. 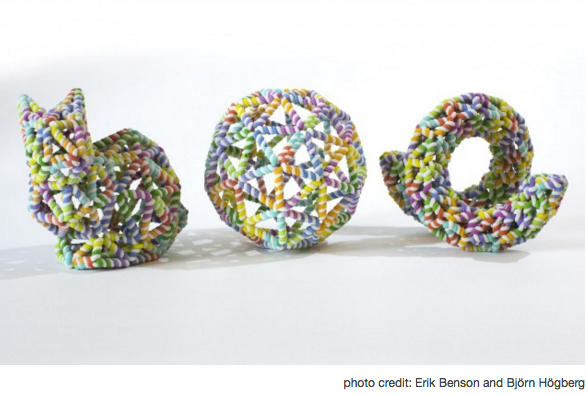 “We can now create structures that can be folded in, and remain viable in, physiological salt concentrations that are more suitable for biological applications of DNA nanostructures,” according to lead researcher Björn Högberg. This breakthrough method has already led to smarter drug delivery to cancerous tumors.

Meanwhile, researchers at MIT have developed a novel approach to treat a common ailment among children: swallowing batteries. Imagine being able to swallow a tiny origami pill that would then expand in your stomach and, with the help of a magnet, usher the battery out of your system. So far research has been successful on a pig’s stomach, but no humans have been tested yet. The potential here for non-invasive surgery without the need for anesthesia is huge.

MIT is also responsible for the world’s smallest (and creepiest) self-assembling robots that can walk, dig, swim and then dissolve into nothing.

At just 1.7 centimeters, these robots are made of magnets and PVC sandwiched between layers of laser cut paper or polystyrene. When placed on a heating element, the PVC contracts, making the pre-formed cuts, which, along with electromagnetic coils under the surface, “power” the robot to fold and move.

Further research hopes to bring about even smaller autonomous robots with more sensors. Because these robots intend to completely dissolve, they could potentially be used to zap cancer cells or clear clogged arteries.

Origami’s potential for aiding space research is vast, because of its ability to fold down for compact storage, and then expand upon deployment. Imagine orbiting solar panels that could beam down energy from outer space. 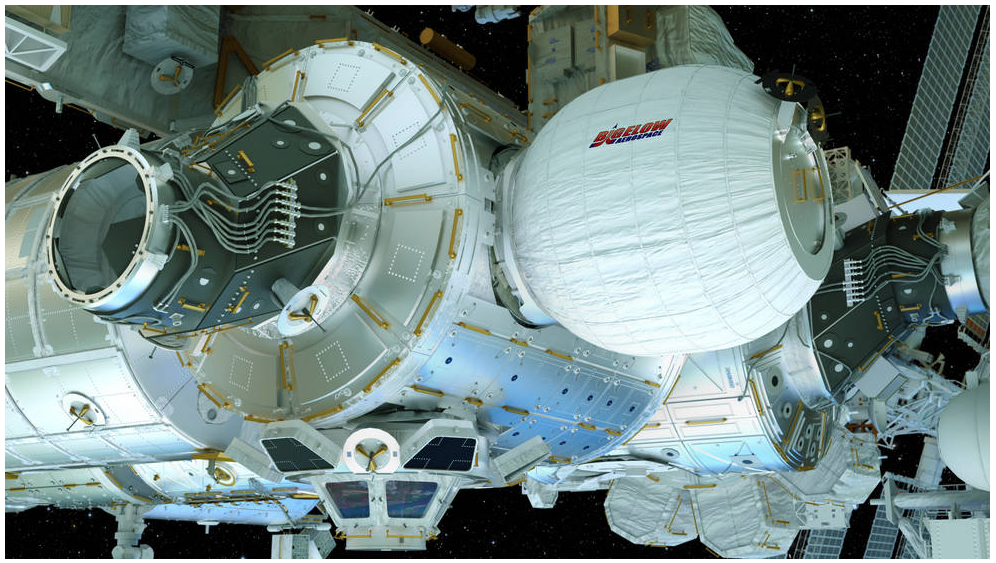 Because solar panels depend on a large flat surface area, the challenge has always been how to get them into space. The answer? Clever folding. This is the theory behind NASA working on a prototype of a solar array that could be packed in a spacecraft to only take up 8.9 feet across, and then unfurl to an impressive 82 feet in diameter once deployed.

Then there’s NASA’s new Bigelow Expandable Activity Model (BEAM), which looks like a giant airbag that can be inflated to expand the habitable area of a space station. This is the first time an expandable habitat has been deployed on a space station, and would be a huge breakthrough if successful over its next two years of testing at the ISS.

Space shuttles need to be able to expand to larger than their size if human travel to Mars is to become a reality. So how does the ancient art of origami figure into the future of space exploration? To find out for yourself, NASA wants you to build your own origaBEAMi. Be sure to follow the Ground Crew Procedures, and “Fold with precision and accuracy or risk a leak in your habitation module. Safety first.”

Origami has been around for centuries, but we’re only just starting to unlock its potential to change the world as we know it. As if drug delivering robots and unfurling space stations weren’t impressive enough, we also have origami to thank for innovations in architecture, medicine, robotics and more. Who knew folding could unlock so many new frontiers for engineering?