You know that story about the guy looking for his keys below a streetlight? He doesn’t actually know where he lost them, but he knows “this is where the light is.”

It’s called the streetlight effect, and it’s a form of observational bias suggesting people approach problems not from the best angle but from the easiest. It’s been used to explain everything from indicators of poverty to the (dubious) usefulness of reducing cholesterol in addressing heart disease. If you’ll pardon me now, I’d like to use it again to discuss my favorite topic: sales and marketing.

Perhaps the greatest revolution in the modern go-to-market model was not actually a revolution at all, but simply the easiest thing we could do with all the new data being generated by our systems.

I’m talking about inbound marketing and demand generation, the process by which marketing as a function becomes a quantitative effort to buy units of value (leads) at a predictable price and hand those off to a sales team that can convert them at a predictable rate. This is where the light has been shining, operating under the philosophy that long as lifetime value to customer acquisition cost ratios work, we’re in business.

In the sales process, however, this leaves a lot to be desired. Sales has always been about building 1:1 relationships, understanding the customer and creating the compelling event to buy. Before, the process of cold calling customers, positioning products, creating collateral, taking a lead from first meeting to close, carrying a quota, closing deals and building meaningful relationships with customers — in short all of the pieces that inform one’s understanding of its target audience were incredibly difficult to quantify and manage.

Sales people are craving the same level of sophistication their counterparts in marketing have had in the last decade to be more successful and where productivity is the driver, not an after-thought.

Today – that “art” is now making its way into “science” and we are in the early innings of this massive transition where we would have access to more data than ever before. Sales people are craving the same level of sophistication their counterparts in marketing have had in the last decade to be more successful and where productivity is the driver, not an after-thought.

Now let’s take a step back to examine how we can effectively move forward. As we all know, Salesforce.com pioneered the system of record for sales management, satisfying executives’ need for visibility into a chaotic, manual process for core sales activities.

But, it left the challenge of using data to change and improve selling behavior to its customers. No surprise, given the challenge of collecting actionable data from the calls, texts, emails, in-person meetings, baseball games and steak dinners inherent in selling, but it is something the company will have to remedy in the near future. 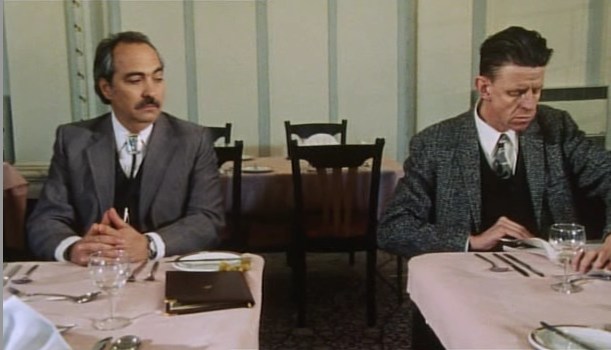 Looking at this future from my perspective as a VC and former sales leader, I believe that a comprehensive system using the right set of tools to make sales a much more productive, quantitative effort is in order. We can no longer settle for something marginally better.

I want a tool that programs my behaviors and those of my team, one that lets me A/B test sales tactics, codify those that work and disseminate them through the organization. It should be cross-channel, cater to the entire lifecycle (from prospecting cold leads to nurturing to closing), and understand and speak the language of account-based selling.

Most importantly, my ideal system is a system of action that enables these tested and documented workflows and playbooks instead of simply tracking the unstructured behaviors of flawed humans. With a tool like this, we could turn the art of selling, full of heuristic instinct and chutzpah, into a science that could be observed, studied, improved and taught.

As communications tools get wired together — as audio transcription and natural language processing technology improves, and as trackable digital communication supplants the messy sneakernet — the infrastructure is falling into place. This is not a pipe dream but rather an eventuality that will ultimately elevate the sales experience. We’re on the cusp of big changes in sales, and all the major players know it.

Take the recent news that Microsoft is acquiring LinkedIn. As Microsoft doubles down on its cloud services offerings, expect to see Dynamics get a lot of attention. While it has struggled historically to keep pace with Salesforce (or to acquire them), Microsoft is now assembling the pieces to make a run.

Think of it — Azure for hosting, Dynamics for CRM, people and account based intelligence with LinkedIn. This news has to make Salesforce a little nervous because the company lacks an actionability piece, and it will therefore have to make a bet in this space to maintain its dominance as a database of record. Time will tell how it all shakes out, but it will sure be interesting to watch, and sales systems will be the better for it.

As communications tools get wired together — as audio transcription and natural language processing technology improves, and as trackable digital communication supplants the messy sneakernet — the infrastructure is falling into place.

All of that said, the missing piece in this movement is sales automation. This will be a huge area of activity and acquisitions in the next few years as everyone tries to be the home screen for sales.

Companies like our new portfolio company, Outreach, and companies like SalesLoft and ToutApp are building the systems of action necessary to codify and apply essential productivity learnings and workflow solutions.

The sales tech stack is being built as we speak, and it’s happening in lockstep with the move from the one-to-many work of demand generation, to the one-to-one world of account-based sales and marketing. These trends are paving the way for the next generation platforms of engagement. For the first time, these tools and technologies are giving visibility into the “how” of sales, not just the “how much” which is both exciting and necessary.

In the end, the goal is to build software that actually helps salespeople close deals, not just add another reporting layer for management. We want software that allows sales professionals to be the best version of themselves.

It’s not enough to know what the SaaS magic number is. We must give organizations the tools and knowledge to improve those efficiency and efficacy ratios. Software that gives meaning to the SaaS metrics that sales geeks like me track, and that adds a layer of actionability to impact those metrics, will win the hearts and minds of the sales reps. Now is the time to do what is needed, not just what’s easy. Only by helping people be the best at what they do can we bring about a true revolution.