Two years in the making — so long before the public outing of Apple’s Swift Playgrounds — Box Island is a new iOS game that promises to teach young kids the fundamentals of coding.

By taking control of Hiro, described as a “charismatic cube-like sidekick,” you are tasked with solving various puzzles set in a bespoke 3D world that require the application of basic algorithms, pattern recognition, sequences, loops and conditionals.

The whole game, of which the first 10 levels are free to play, follows Hiri’s story-driven journey, which Box Island’s makers, who all came to coding late in their lives, claim keeps kids highly engaged and motivated while playing.

“If your first experience with coding isn’t fun from the get-go, there isn’t going to be any learning,” says Vignir Gudmundsson, CEO and co-founder of the game’s maker Radiant Games. “Box Island is about sparking that interest. It’s an exciting start, and we hope that future coding geniuses look back on Box Island as how they got their start. Really, the goal is to get kids to be driven to learn more about computer science”. In that sense, Gudmundsson says that Box Island could in fact be used by a child before they are advanced enough to move onto Apple’s newly outed Swift Playgrounds or something like Hopscotch, another iOS coding game. But in the end, since all three products are about encouraging kids to code, he doesn’t think competition matters at this stage.

“I think about this the same way Elon Musk thinks about how electronic car companies are not competing with each other at this point, but rather collectively against the gasoline cars. We need to get more coding games and apps out there among the giants,” he says.

Related to this, Gudmundsson tells me Box Island has been designed to be gender neutral and that closing the gender gap is an important part of Radiant Games’ mission. In addition, the game has support for 20 languages, so is international right out of the gate.

“The friendly characters, colourful and bright 3D game universe and entertaining story parts make the experience a joy for both boys and girls,” he says. “We have tested Box Island with hundreds of kids in many countries and we can certainly say that it is truly gender neutral”. 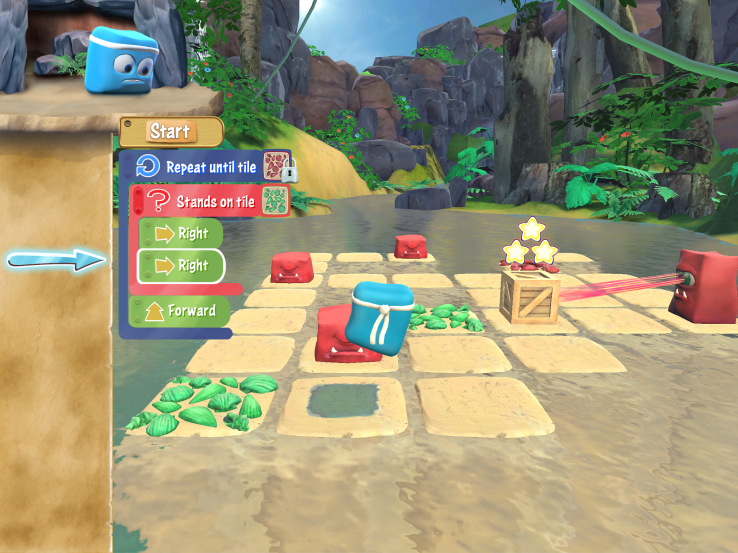 Then there’s fact that Radiant Games hasn’t taken any private funding, and is 100 per cent owned by its four founders. The only external backing has come from public grants in the startup’s home country of Iceland, totalling $335,000.

“This is the big moment we have worked hard for over the last 2 years,” adds Gudmundsson. “We are proud to have reached this point with no funding and little salary. Following the launch of Box Island, we will explore funding opportunities to scale our operation of providing high-quality coding experiences worldwide for kids of all ages”.