The Bose name has more or less been synonymous with the words “noise cancelling.” As for wireless? Not so much. The headphone maker has dragged its feet when it comes to cutting the cord, even as the competition has flooded the market with Bluetooth solutions.

The company, thankfully, is finally ready to take that leap, bringing wireless connectivity to its flagship QuietComfort brand. Not surprisingly, the new QuietComfort 35 headphones aren’t much of an aesthetic departure from the company’s signature mainstays. The around-ear headphones feature multiple microphones to offer up active noise cancelation.

The cans feature buttons for music control and picking up calls and a rechargeable battery that promises up to 20 hours of music playback, or as Bose puts it, “longer than a flight from New York to Hong Kong.” Fair enough. The headphones are available as of today for $349.95. 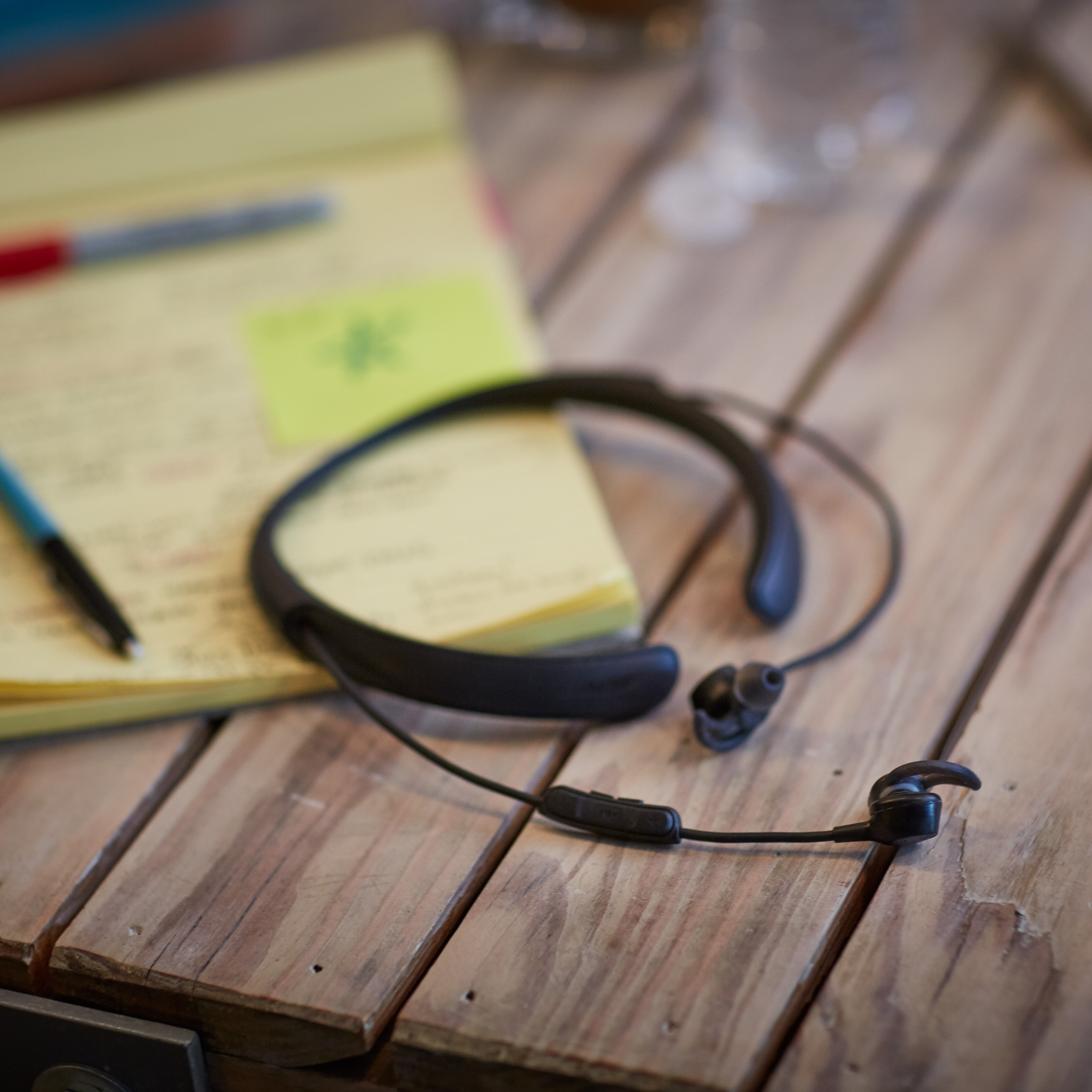 The new QuietComforts are also being joined by two new pairs of earbuds. The higher QuietControl 30 are clearly being positioned as an in-ear version of the company’s flagship line. Priced at $299.95 (with a September launch date), the Bluetooth buds also feature active noise cancelling microphones (six in all), along with music playback and call control built into the on-neck cable. Their battery should offer ten hours of life on a charge. 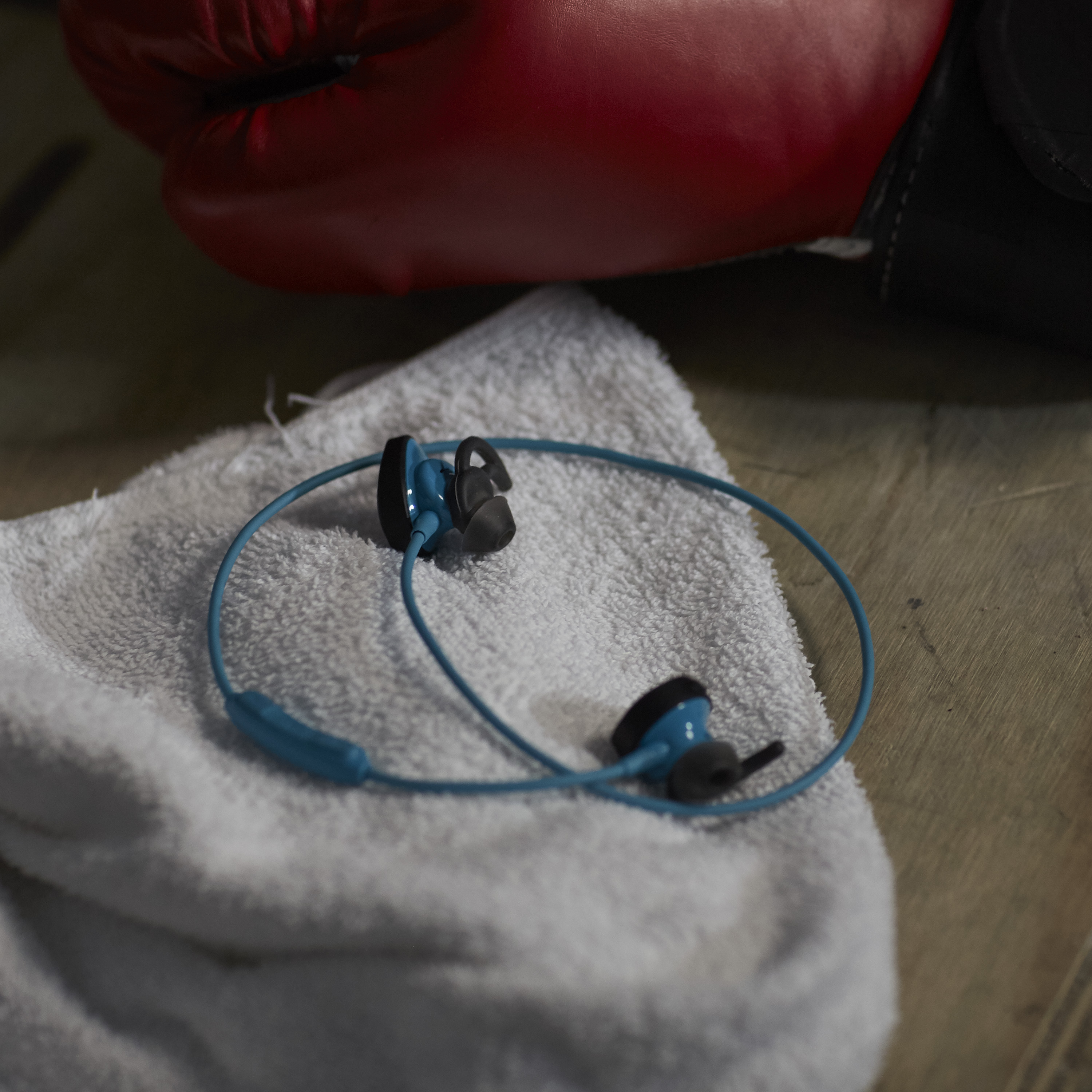 The SoundSport headphones, meanwhile, are poised to take on Jaybird’s popular fitness buds, featuring a sweat-resistant body and tips designed to keep them in place during a workout. Those run $149.95, while the Pulse version with built-in heart rate monitoring cost an extra $50.