RRE Ventures, Founder Collective, and Slow Ventures also participated in the round. The company had previously raised $2 million from seed funding and $6.5 million from partnerships with the Department of Defense.

While perhaps best known for their early investments in Nest, this isn’t the first aerospace deal for Shasta Ventures. Commercial drone company Airware, and Spire, a company that plans to launch a constellation of 100 satellites, are both in Shasta Ventures investment profile.

Instead of flying drones or launching satellites, Accion Systems has developed a unique space propulsion system that’s light enough to include on small satellites and, when many are used at once, can be scaled to provide propulsion for larger spacecraft as well. 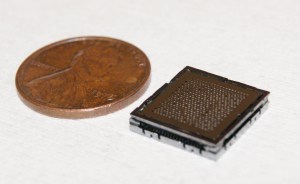 Founded in 2013, Accion Systems commercialized a miniature electrospray ion engine that had previously undergone years of development and testing in a lab at MIT.

Each ion engine is about the size of a penny and generates thrust by accelerating charged particles at very high speeds. A number of these engines could be placed on any given satellite, depending on the size of the satellite and the desired level of thrust.

Ion engines have long been an attractive option for spacecraft propulsion. NASA has been using solar electric ion propulsion since the 1950’s and recently invested $67 million in an effort to make it more efficient for deep space exploration. 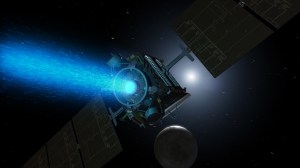 But these traditional ion engines are relatively bulky and, like other propulsion alternatives, are impossible to include on smaller satellites.

And the number of small commercial satellites is growing. Cheaper, smaller spacecraft technologies and a growing demand for Earth observation-related applications have contributed to an increasingly large small satellite and microsatellite market.

Those companies want their small satellites to be more capable, which often requires the addition of in-space propulsion.

Miniaturized ion engines can allow those companies to include propulsion on their systems for the first time, thereby enabling more capable satellites. Not the least of these capabilities is the extension of a spacecraft’s operational lifetime in orbit before it succumbs to atmospheric drag and burns up on reentry. More time in orbit can mean more derived revenue from each satellite. 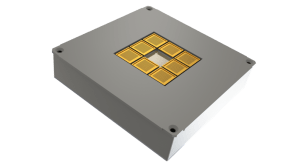 Accion Systems is competing with space industry veteran, Busek, for business in the small satellite market.

Natalya Brikner, CEO of Accion Systems told TechCrunch that while Busek has nearly 30 years of experience over Accion Systems, her company’s patented design allows it to have a longer operational lifetime than Busek’s equivalent electrospray product.

Brikner told TechCrunch back in February that they were starting to take their first orders. To date, the company has signed with three partners: one government and two commercial customers.

“These first orders will be delivered in 2017 and we’re currently signing a limited number of additional partners for this first batch of deliveries.” Natalya Brikner, CEO Accion Systems

With the additional funding, Accion Systems plans to transition into full production mode.

“We’re at an inflection point in the life of the company. We’re transitioning from purely engineering and product development to production. It’s time to grow the team, build a strong operational foundation, and start delivering our first orders.” Natalya Brikner, CEO Accion Systems

Miniaturized space propulsion for small satellites holds a lot of promise for the growing small satellite market. Further flights with commercial partners in the next few years will help determine if this technology can live up to the hype.