I found what could very well be the most amazing crowdfunding campaign ever: an Indiegogo campaign for the world’s first firefighting drone from MicroMultiCopters Aero Technology (MMC). As a lover of both drones and crowdfunding campaigns, I nearly wet myself with excitement — only to dig a little deeper and find myself recoiling in horror. The campaign, it turned out, is a great exercise in how a little bit of basic due diligence should advise you to step away from the “support” button and run for the hills.

The Blue Whale has 18 rotors, and the Indiegogo campaign claims it can carry 220 pounds more than 1,500 feet into the air.

Especially if the people who put the campaign together failed to pay attention to some rather basic details. Such as the laws of physics.

Laws of physics be damned 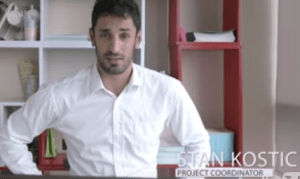 I first discovered MMC when I received a press release for its HyDrone product; a $70,000 hydrogen-powered drone aimed at military applications. What’s not to love?

From there, I discovered MMC had a crowdfunding campaign running to fund something even more ambitious: a firefighting drone called the MMC Blue Whale. The aerial firefighting hero supposedly has a “payload of up to 100 kg,” according to a chap called Stan Kostic, listed as Product Coordinator in the Indiegogo video. Which, in itself, is a little confusing; he told me he’s been at MMC for more than six months, his email signature lists him as the Overseas Marketing Director, whereas his LinkedIn fails to list MMC at all. Curious.

At this point, alarm bells were going off left, right and center, but I decided to dig deeper. The project is marketed, among other things, with this video. I watched it several times, and got stuck on the part of the video when the company explains what it is trying to do: 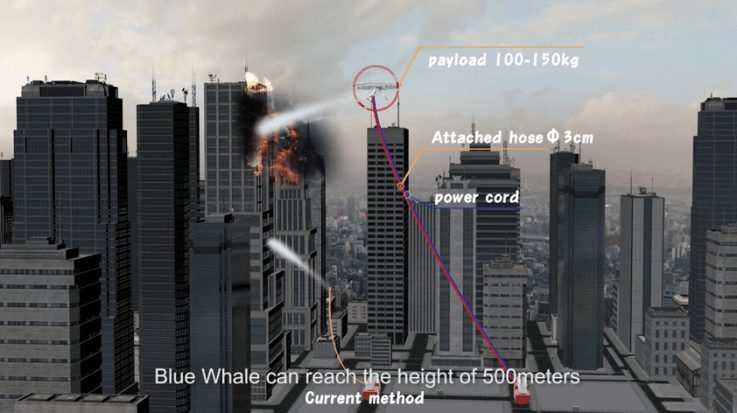 I did a little bit of math at this point, because I figured something didn’t quite make sense. For a 3-cm diameter hose, the water in the hose alone would weigh 175 kg — more than even the adjusted payload of 150 kg quoted in the company’s video. But, of course, it’s not just water we’re talking about here: The drone also has to lift a power cord and the hose itself. It’s obvious we’re running into a problem with this project.

On top of that, none of this takes into consideration the considerable water pressure and the turbulent, hot air from the fire would make the drone incredibly difficult to control. As an aside: This is why most tall buildings have standpipes and sprinkler systems… 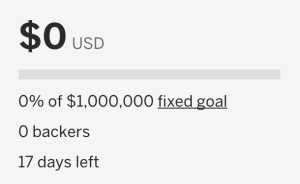 A month into the campaign and with just over two weeks to go… MCC is so close to making its goal, they can almost smell it.

I’m guessing I’m not the only person who found this campaign curious: The Indiegogo campaign has been live for a few weeks, like an April Fools’ joke that just kept on giving, but it has yet to attract a single backer.

It is also worth noting that the campaign only includes 3D renderings of the firefighting drone and a load of videos that are only tangentially related to the project. The issue with 3D renders is something that should especially worry you: The practice was banned from Kickstarter a while back, for an excellent reason: Without a working prototype, it’s hard to know what you’re backing, or how realistic it is for a campaign to deliver on its promises.

The MMC Blue Whale is listed on the company’s website, and links to the Indiegogo campaign.

The company’s crowdfunding campaign suggests a retail price of a whopping $88,000 for one of these 18-rotored firefighting drones, and a delivery timeframe of 3-6 months. I love an ambitious deadline as much as the next guy, but unless the company has made a huge amount of progress since the Indiegogo campaign was put together, the odds of meeting that production schedule seem slim.

I contacted MMC to query my calculations. I didn’t get a real answer, but Kostic did get back in touch, and told me that even though the concept of the firefighting drone is real, “the crowdfunding was more of a concept that I used to train the staff a little about how those work.” Which doesn’t seem to make much sense, given that they are still posting updates trying to get people to back the campaign, and promoted the campaign as recently as a couple of days ago on Twitter:

Help make it happen for The World’s First Firefighting Drone on @indiegogo https://t.co/D5yf48R09b

So, about that hydrogen-powered drone?

With the Indiegogo campaign pretty much a write-off, I decided to dig a bit deeper into the company’s other product, which, bizarrely, it is also promoting as part of the crowdfunding campaign:

An update posted to MMC’s Indiegogo campaign on the 18th of April. 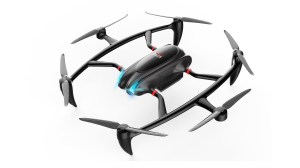 The HyDrone is an interesting-looking beastie.

Looking into the hydrogen drone, it looks like an absolute beast. Sporting a $70,000 price-tag, the company claims it can stay airborne for four hours and has a range of 60 miles.

But, of course, given how whiffy its crowdfunding campaign was looking, I was taking that statement with a pinch of salt, as well. I asked to see some video of the drone — which is supposedly “ready to order” — in action.

Why the curiosity? Well, like with so many other things in life, the stamina of the battery is one of the big limiting factors to how long you can keep the fun going, and for UAVs, 20-30 minutes seems to be the going rate. And, damn it, I really want hydrogen-powered drones to be a thing. Besides… flying devices with hydrogen? I can see you thinking: what could possibly go wrong?.

Imagine, for a moment, that you are a company selling drones that can stay in the air for four hours at a time. You don’t have to be a marketing genius to come up with a few compelling ways of telling that story, but, to my surprise, there wasn’t a single video of the drone in action on the MMC website.

When I spoke to the company to find out why, I got a rather spurious reply, too.

“In regards to the actual flying of the drone, we had some difficulties with the local police,” said Kostic, not really helping make his case that this is a legitimate product. He explained to me that its drone had been confiscated by the police on the same day as its “commercial launch.”

“The official reasons for the confiscation was the size of the vehicle,” Kostic said. “It seems like the local police saw it as a liability,” he remarked drily, before revealing that the police unceremoniously confiscated it without further explanation. He said the drone was eventually returned, but said that “the police disabled it because they don’t want us to fly it,” before speculating that recent orders from the Chinese army might be the reason why the drone was captured and confiscated.

Suffice to say that my mission to actually verify whether these two drones actually existed and worked or not came up inconclusive. I was shown one camera-phone video where the HyDrone was allowed to take flight, but it wasn’t obvious from the video whether it was actually powered by hydrogen or just a battery prototype.

All of this is not to say that MMC isn’t aboveboard, but I think it’s safe to say that this campaign stands as a helpful reminder regarding crowdfunding campaigns: If it seems to good to be true… keep doing due diligence until you think it’s worth the risk.