Fresh out of development from the company labs in Taiwan, the HTC 10 is not only a new flagship smartphone: it’s a near-complete overhaul. First impressions last and so far they’ve been good. Oh, and they dropped the “M.” I’m one to enthuse over specifications, so let’s get to them right away.

The HTC 10 uses a 64-bit Qualcomm Snapdragon 820 quad-core processor, clocked at 2.2GHz. That’s supplemented by 4GB of RAM, as does a Adreno 530 chip for graphics processing.

Wireless specs include LTE network support for speeds up to 450MBps and is joined by the usual NFC/Bluetooth/GPS/GLONASS/802.11ac Wi-Fi radio setup. Storage falls on the 32GB (or 64GB) offered internally, with microSD card expansion up to 2TB and support for adaptive storage (storing apps on the card).

Just as important is the display: a 5.2-inch display at 2K resolution, at 564 pixels-per-inch (bleeding edge?). The tech underneath is Super LCD 5, layered with Gorilla Glass for protection. Also on the front: a fingerprint sensor with 0.2-second unlock, with support for Google Now, payments and unlocking the phone when the screen is off. 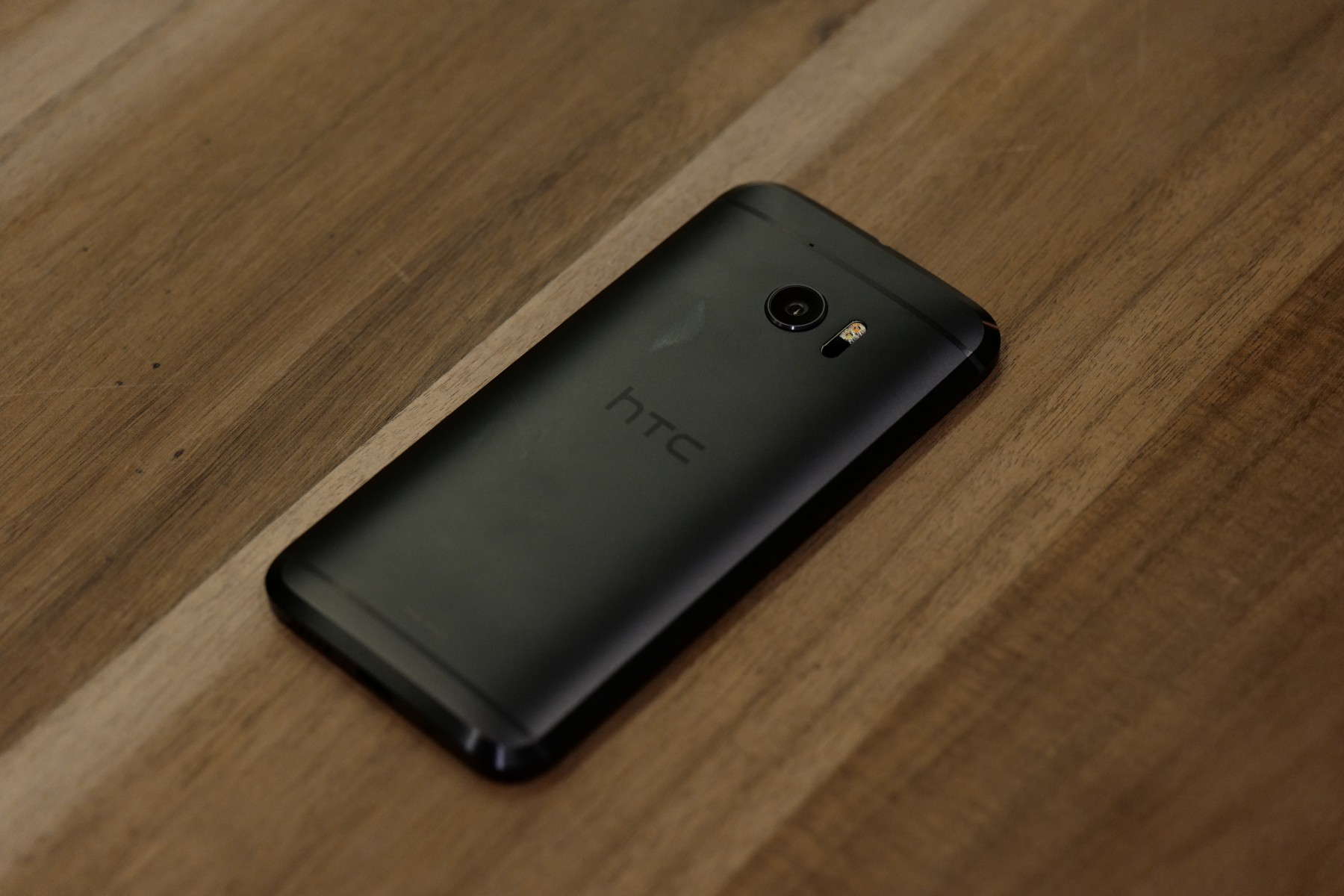 For imaging purposes, the HTC 10 uses what the company calls “Ultra Pixel 2.” It means larger pixels at 1.55 microns each, for a total of 12 megapixels with 4K video recording, at f/1.8. OIS (optical image stabilization). It’s offered on both the back and front cameras, as is laser-assisted autofocus.

As for the front: it’s a 5MP shooter, with 1.34 micron pixels and f/1.8 aperture. Thankfully, the rear-camera bump is kept to a minimum.

Surprise! USB-C is here — power in, power out

The HTC 10 uses a 3,000mAh battery that the company claims lasts 48 hours for “everyday usage” — that number is definitely up for debate; something that I’ll be bringing up in the review. USB C, but no wireless charging, which is fine by most standards.

Software is of course Google’s Android version M, with HTC’s Sense layer on top. Tweaked and tuned to be lighter on its toes than before, it’s a trend we’ve seen with lots of Android manufacturers who’ve learned that the core Android experience should be preserved, in the 10’s case, the pull-down notification drawer.

Blinkfeed and HTC Zoe — HTC’s news timeline and photo curating apps — remain. However, HTC has taken a liking to Google Photos and Play Music, ditching their custom gallery and music apps in the process — that is nicely done.

BoomSound is still here, but with changes

HTC BoomSound has also been revamped here: the front speaker, which also doubles as the earpiece, is a tweeter. The speaker holes at the bottom end of the device are actually the woofer. Both speakers have dedicated amps for increased power and quality.

In fact, the HTC 10 is very much an audiophile’s device: 4K video can be shot with 24-bit 96KHz audio, with 2x frequency range and stereo recording. A 24-bit DAC and DSP are present, as well as a 3.5mm headphone jack with 1 volt out ensures that expensive headphones actually benefit from the software audio features. 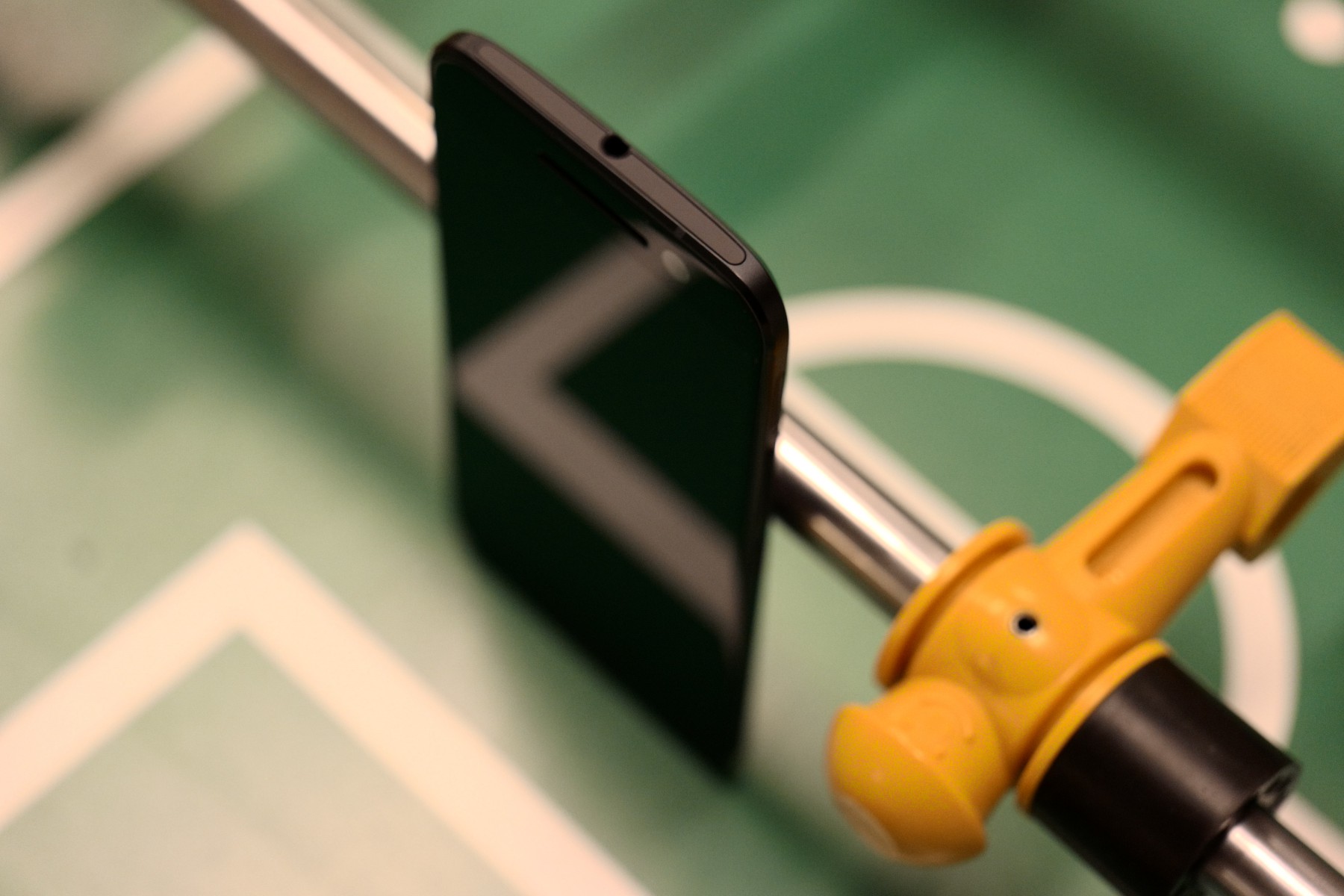 Actually, HTC is so keen on catering to audio-heads that a “hearing test” feature of sorts is built into the HTC 10. Certain frequencies that individuals can (or can’t) hear can be boosted and equalized; this works with all streaming audio from the device to individual headphones.

The aluminum unibody stuck around this year, with a weight of 161g and the addition of a chamfered edge around the back, making it easier to hold and non-slippery. It’s quick to open apps, including the camera, which is also incredibly snappy, even on the first try.

Identity is in many aspects, a matter of urgency for HTC. Their appeal as a flagship manufacturer of Android phones came under some scrutiny with the One M9, which came and went in our memory as an incremental update. Ultimately, it didn’t bring real, long-term success to the brand, but at first whiff the HTC 10 is strong enough to change some of that sentiment.

As for availability? Pre-orders start today for $699. Support for AT&T and T-Mobile radios are on the model sold directly; a shipping date is set sometime in May.