You’ll never guess how I succeeded in getting my first name as my Twitter handle. It involved a six-month campaign that included some light Internet stalking, badgering staff at Twitter, $250 and a visit to the patent office.

I’m celebrating my 10th anniversary on Twitter. I was the 69,103rd person to join the social media platform, which, given that there are now more than 974 million accounts, puts me in the first 0.007 percent or so of people to join.

In addition to being an early adopter, I’m an idiot. I failed to realize how big Twitter was going to become in the next decade, and, more importantly, what people would be using it for. I registered the Internet handle I was using at the time, rather than my first name, which was pretty daft, considering that my unusual first name probably would have been available.

I re-activated my old account and decided to see if I couldn’t get it renamed to something a bit more recognizable. Such as, say, my first name.

Before setting off on my quixotic crusade to obtain my new Twitter name, I’d already built up one Twitter account with more than 55,000 followers — but that one was focusing on photography, and I was doing a lot of non-photography stuff. My followers on the photography account were getting increasingly impatient with my non-photographic exploits, such as inconsequential rants on linguistics, righting my journalism pet peeves and creating silly bots to expose racism on Twitter.

In the summer of 2014, I decided it was time to do something to try to annoy my photography followers a bit less. To do that, I re-activated my old account and decided to see if I couldn’t get it renamed to something a bit more recognizable.

Such as, say, my first name.

I typed, fingers-a-trembling, the four characters of my name into the Twitter search box, and my heart sank. Not by much — I’m not actually off my rocker. I was unsurprised, but more than a bit disappointed, to find that someone had registered @Haje, not because his name was “Haje,” but because his first and last names started with “Ha” and “Je.” Clever. Dammit.

The good news was that the account wasn’t in use. It didn’t have a profile picture. It had also never tweeted a single tweet. Interesting. To me, that indicated that perhaps the person didn’t have much of an interest in Twitter, and that he could potentially be persuaded to give up his account.

With apologies to Lloyd.

So I crossed my fingers and tweeted at him, which was every bit as complicated as you’d imagine (have you ever tried typing with crossed fingers?). There was no response.

I tracked down his LinkedIn profile, and sent him an InMail. Nada.

This is the point where people who aren’t verging on obsessive would have given up.

I’m not sure what I’d have said to him if he replied. The plan was to ask nicely, along the lines of “Hey, you’re not using it, would you mind if I did?” But honestly, I thought I’d probably just end up offering him money to give me the username. Which was making me nervous, too: It’s against Twitter’s rules: “Attempts to sell, buy, or solicit other forms of payment in exchange for usernames may result in permanent account suspension,” and Twitter has a history of cracking down on this sort of thing.

As it turned out, I was never given the chance to flout Twitter’s rules: The chap never replied; after several months, I gave up.

Well, I didn’t give up give up. That would be crazy.

Meanwhile, I was pretty active on the startup scene in London, and through going to a lot of events, I had met quite a few Twitter employees. My Bond-villainesque plan was that I could just ask one of them to sort me out. All they would need to do is to change the email address associated with the account, I’d be able to do a password reset and boom. Job done. Excellent; what could possibly go wrong?

What could go wrong? Well, quite a few things, as it turned out.


“Hey, could you help me get the @Haje handle on Twitter?” I’d ask them by Twitter DM, in the pub or over a dinner I had lovingly prepared (read: microwaved) in order to be able to pull a big favor. “It has never been used, and it’d mean a lot to me.”

“LOL nice try, kid,” came the replies, one after the other. “I couldn’t if I wanted to, they stopped doing that even for Twitter staff years ago.”

Well damn. I do remember Twitter being a bit more lenient with their handles back in the early days (I did successfully procure a couple of Twitter handles for various uses just by asking), but with the company growing and there being a stricter set of rules, things eventually changed.

I suppose I ought to give Twitter credit for having rules and sticking to them (and my friends deserve credit for unceremoniously shooting down my harebrained idea), but it turns out that Plan B was a dead-end street. I had failed yet again, and was no closer to my Twitter handle. Alas.

I feel morally obliged to point out that this is the point where people who aren’t verging on obsessive would have given up.

I am, evidently, not one of those people.

Okay, time to try something else. I scoured the rules on Twitter regarding under which circumstances they might hand over a username, and spotted something in the documentation around the Trademark policy around username squatting… Which gave me an idea.

Note that we will not release squatted usernames except in cases of trademark infringement. Twitter's user guide

Having run a business for a while, you eventually learn that trademarks are a necessary evil. There’s no shortage of people who want to pass off your work as their own (it’s a little bit flattering, and a big bit annoying)… But I had also registered enough trademarks in my time that I knew how; and, if you know what you’re doing, registering a trademark doesn’t have to be very expensive — especially if nobody opposes the trademark.

I had a plan, which had taken shape when I was emailing the Keeper of the Handle (as I had mentally started referring to this mythical, unreachable creature). If they’d gotten in touch, I’d have been happy to pay anything up to $500 for my first name as a Twitter handle. Yeah, it’s a lot of money, but I rationalized that people spend similar amounts on fancy vanity plates on their cars. “I don’t have a car,” I thought. “I totally deserve a vanity handle.”

Anyway, I decided that this particular vanity handle actually means something to me. Twitter is a major source of news and entertainment, and I’m building a brand there, so being able to use my actual name seemed to make sense. (“Whatever you need to do to sleep at night, dude,” I hear you muttering under your breath.)

Anyway. I registered a web domain for my first name to strengthen my case (in case the trademark people decided to look any deeper), then forked over my £170 (around $250) to the Intellectual Property Office, registering my first name as a trademark. 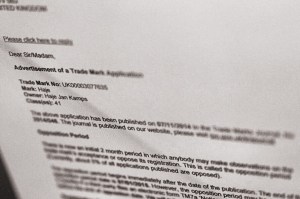 Trademark: In progress. Yes, that’s me taking a photograph of my screen showing a PDF. No expenses spared in the production of this article.

Even if it’s not strictly speaking necessary, I decided to register it in a category where I had a legitimate claim to a trademark, and where having one might actually come in handy at some point beyond snagging a Twitter handle. As it turned out, the Intellectual Property Office gave a negative integer of fucks about why I wanted to register the trademark; from their point of view, as long as nobody opposes the application, it’s an ocean of gravy.

I filed a trademark application in Class 41: “Education and Entertainment Services.” Seems fitting, as I’m occasionally educational and (admittedly very rarely) entertaining. Most importantly, a trademark search told me there was nothing even remotely like my name already registered in this class. There was a good reason for that; if someone opposes your trademark, that’s when you need to get lawyers involved, and where things can get really expensive really quickly.

A few months later, the application was approved and I was the lucky owner of trademark registration number UK00003077635; Class 41. 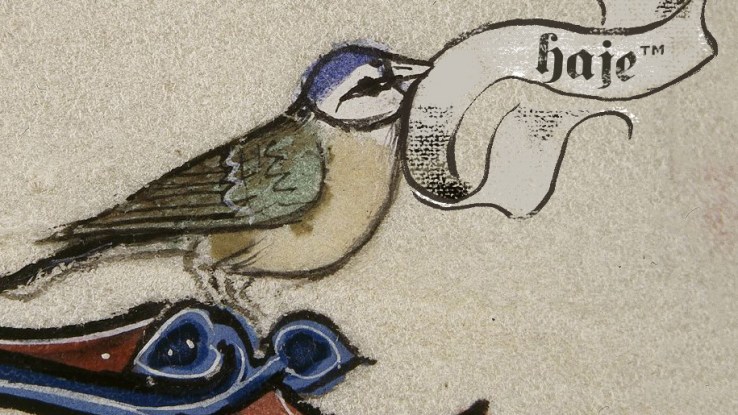 Anyway, armed with my trademark, I put on my finest suit, combed my hair, ate a couple of breath mints and contacted Twitter’s customer support. Of course, given that Twitter’s support team is a web form, there’s no way for them to know what I was wearing, but damn it, this was a big moment.

I sent them a link to the approved trademark application, and the ball was rolling. 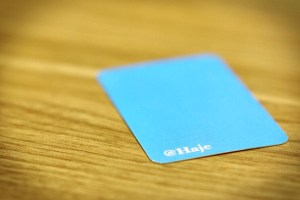 This is my business card. The color is True Blue from Twitter’s brand guidelines, and the only thing written on the entire card is my Twitter user name. Because, clearly, I’m that guy.

About a week later, I received an email saying that I could either create a new account or move the username to an existing account. Holy actual bingo jackpot home-run slam-dunk, Batman.

The actual name change was a huge anti-climax after all that; I went into a meeting for work, and when I came out I noticed that I had been logged out of Twitter. To log back in, I needed to do a password reset, and there it was: my name, with a little at-symbol in front of it. I don’t know what I was expecting, but it dawned on me that I was expecting nothing: Even after spending the money, I didn’t really expect my plan to work. I figured I would get a good story out of the attempt, but actually succeeding? That is a pretty alien world I hadn’t considered.

What the hell is wrong with this guy? You, dear reader


Anyway, that is how, for just under $250, I was able to snag my first name on Twitter.

I’ll forgive you for thinking, “What the hell is wrong with this guy? Who pays $250 to register a trademark to get a name on a website?” I’ll even agree with you: It’s a spectacularly vain and dumb thing to be doing.

And yes, I’m ludicrously aware that actually caring this much about Twitter and the way I’m portrayed on the platform makes me come across as a complete and utter wanker. But I’m sort of OK with that. In fact, I had business cards made in the exact correct shade of Twitter Blue, containing only my Twitter handle. No right-thinking individual would do that, and I’ve never been able to give anybody my business card without apologizing for it at the same time.

And yet… Can you think of any other way of handing over your contact details, a short biography and context about who you are, all in five characters?

By the way, if you’re still reading this, 2,000 words later, you’re the last person to criticize me for my Twitter addiction: You’re obviously an unusually big fan of the platform, so you may as well give me a follow. You know where to find me.