That arrives today with the launch of Hooked 2.0. Any Hooked reader can now create characters and then write their story one message at a time. They can also include photos and videos.

The idea of typing out a full story on your phone might seem kind of tedious, but again, it’s supposed to mirror the text messaging experience. As co-founder and CEO Prerna Gupta put it, “We’ve made writing as easy as messaging your friends.”

Of course, there’s still the challenge of writing something interesting and worthwhile, but at least Hooked reader/writers can focus on the story rather than the publishing system or the formatting. 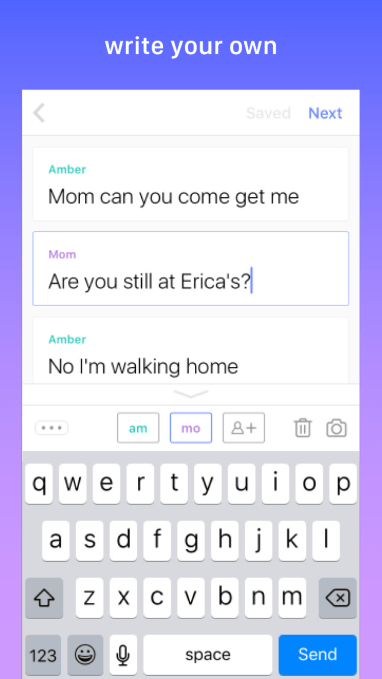 User-written stories won’t be designated any differently from the ones by pro writers, Gupta said. However, the main feed will still consist exclusively of stories curated by the Hooked team. For someone to see a reader-written story, they have to follow that user. Then, if the engagement is good enough, the story will start showing up in other feeds.

Hooked has now raised a total of $3.05 million. Other new investors include Cyan Banister and Founders Fund. The company says that since launching its users have read 5 million stories, adding up to 500,000 hours of reading.