Things can get messy if you have sex on your period, so many couples avoid it. But The Flex Company wants to replace outdated pads and tampons with a sleek, disc-shaped blood blocker. Flex can be worn during sex to prevent making a mess.

The Flex discs are disposable, can be worn for up to 12 hours and even come in a stylish little packet. They’re doctor-approved to be hypoallergenic, BPA-free and they won’t cause toxic shock syndrome.

Flex will open for pre-orders in April and ship in September. 20,000 people have already signed up to try it. Eventually they could be sold in stores, though the price isn’t public yet. For now, you can register on The Flex Company’s site for a free sample. 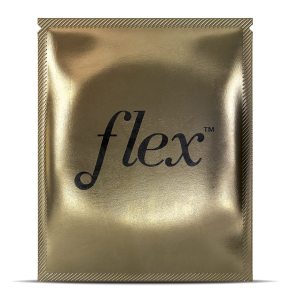 “Flex is so shockingly comfortable that women tell us they forget they’re on their period while they’re wearing it,” CEO Lauren Schulte says.

Flex wasn’t planning its big media push until August, but I thought it was the stand-out company from the Y Combinator startup accelerator’s Fellowship Virtual Demo Day. The company is funded by Amplify.LA.

In her pitch, Flex’s Schulte explains “We’ve built a product that allows couples to increase their opportunity to have sex by 23 percent. The great tragedy of people avoiding sex on their period is that this is really the time when women want it most.”

That’s why 25 percent of its trial signups are from men!

While TechCrunch’s female writers didn’t love how Flex’s marketing hinges on the idea that periods are gross, some said they’d try it. Flex will have to compete with SoftCups, a well-distributed brand with a similar product, though one that doesn’t focus on portability or sex. 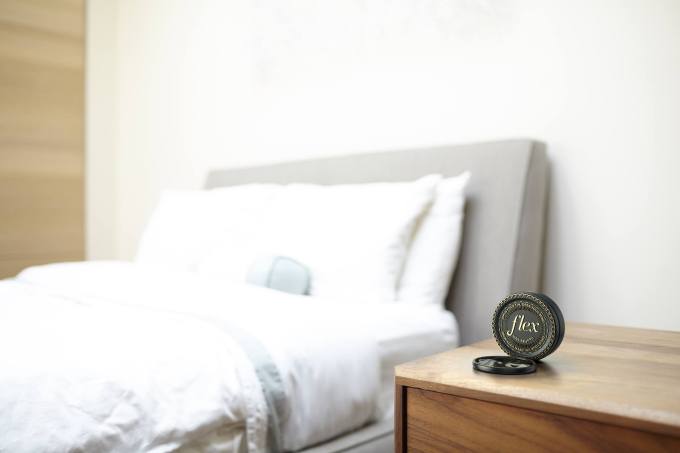