Video by Tito Hamze; Text below by Greg Kumparak

As a writer at a site that covers a lot of startups, I hear the same line a few times a week: “We just wanted to make something that makes peoples lives better.”

1 Second Everyday actually has made my life better… and it’s done so without really having to do much of anything at all.

The idea is just as the name implies: one second of video, every day. One second to represent your days adventures. One second to prove that day happened. At the end of the year — or the week, or the month, or whatever length of time you choose — it compiles all of those fleeting clips into one wonderfully erratic video.

My original intention for firing up 1SE was to use it to help me remember each day a bit more clearly. As someone who works from home more often than not, the days can sort of… blend together. Wake up. Walk the dog. Fall into the Internet and work for 9 hours, only realizing my work day is over when my wife gets home from hers. Do that every day for years, and it can be a bit hard to remember what the hell you did last Thursday. With 1SE, I can scroll back to any day since my first clip back in September and immediately see the thing I thought best summed up that day.

A few weeks in, I realized the app had a side effect I hadn’t really expected: I was somehow becoming more adventurous. The app was always there, silently nudging me to find something new — to do something that would add a bit of variety to the final product. A big compilation of one second clips is no fun if it’s just an endless series of Netflix loading screens. I’m not even sure what I’ll do with the video in the end; perhaps I’ll share it with friends, but that quickly stopped being the point. If I wanted my video to be interesting — even if I’m the only one who ever sees it — I’d have to find new things to do. 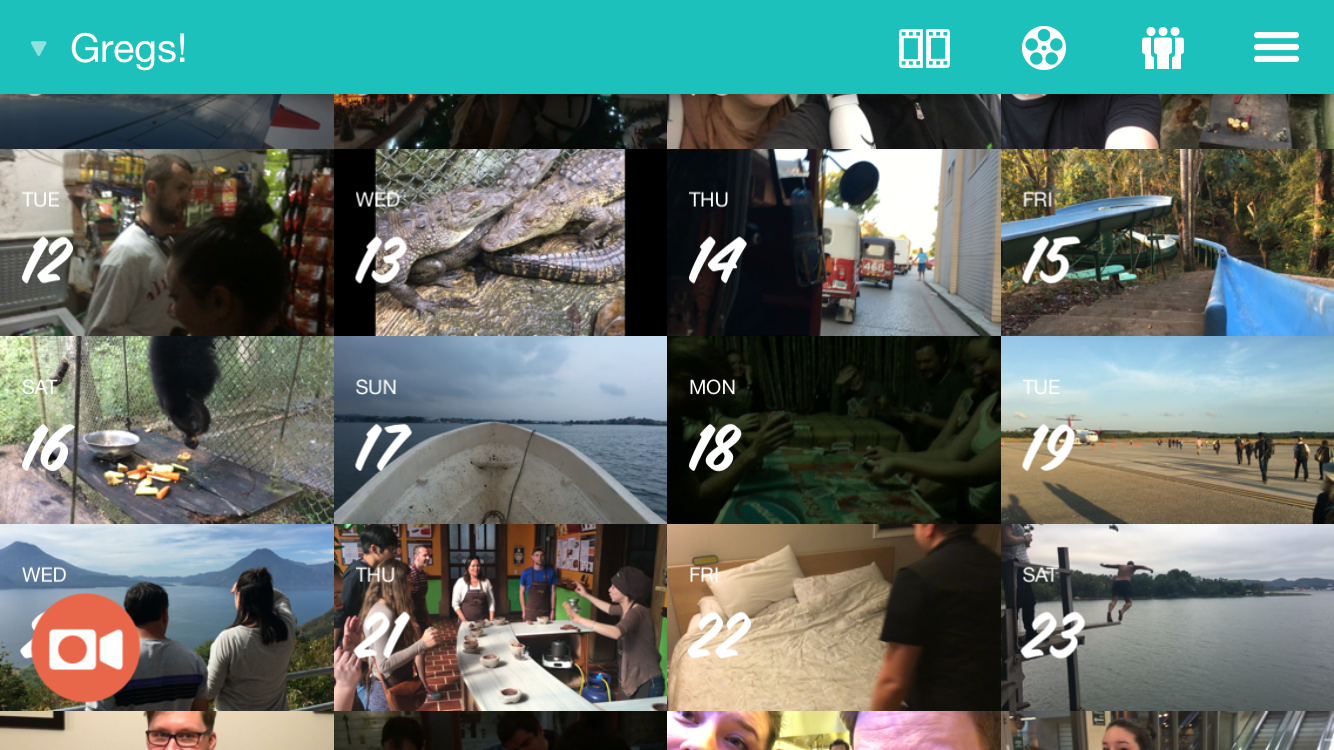 Maybe that means hiking a new trail. Maybe it means pulling my friends out to some new brewery. On a recent backpacking trip, it meant hiking a few extra miles through the rainforest to a rope swing we heard existed on the likelihood that I’d get a clip of me bellyflopping into the lake.

Would I do this stuff anyway? Perhaps. But it’s just a little extra push to go outside, to go do something new, to fend off that whisper in the back of my mind saying “Yeah, you’re tired. That’s okay, it was a long day. And look, there’s new stuff on Hulu!”

Jerry Seinfeld uses a wall calendar for productivity. For each day he chips away at a certain task he’s trying to complete, he gets to put a red X on that day.

“After a few days you’ll have a chain. Just keep at it and the chain will grow longer every day” he told Lifehacker, “You’ll like seeing that chain, especially when you get a few weeks under your belt. Your only job next is to not break the chain.”

Instead of a chain of productivity, I try to maintain that chain of adventure. Instead of a big red X, I get one more video to add to the story. And I love it. Thanks, 1SE.

You can find 1SE for iOS in the App Store here and for Android here.