“Sure, that looks great on a model, but how will it look on me?” Now you can find out thanks to ModiFace, an augmented reality startup that’s quietly grown to power apps for 55 of the top makeup brands like Sephora, P&G and Unilever.

Fire up the camera on your phone or a store makeup counter’s tablet, choose different styles of lipstick, eye shadow or whatever else, and ModiFace applies them to your skin in real-time on your screen. Move around, wink and smile, and you’ll see your new style without the work or cost.

ModiFace can also simulate hair changes, anti-aging treatments and more. You can try its web, iOS and Android apps here. 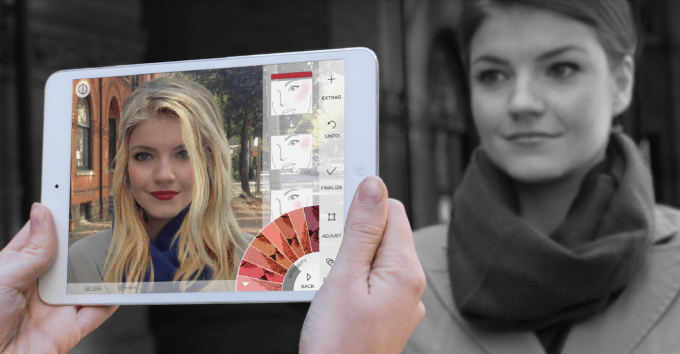 In stores, ModiFace’s virtual makeup mirror is increasing sales by 31 percent because customers are more confident they’ll love what they’re buying. That’s why brands are paying $200,000 to $500,000 a year to integrate ModiFace’s augmented reality tech into their own apps.

And it all started with Botox and military research.

From Lip Reading To Lipstick

“I was a grad student at Stanford working with the defense industry on lip tracking for lip-reading at a distance,” says ModiFace founder and CEO Parham Aarabi. The electrical engineering PhD had invented a technology that could track how someone’s face moved. But it wasn’t until he was approached by pharmaceutical giant Allergan that the consumer use case came into focus.

Allergan makes Botulinum toxin, or Botox, a neurotoxic protein that can be injected into the face to smooth and prevent wrinkles. Allergan commissioned Aarabi to build a version of his software that could simulate the impact of Botox on a prospective customer’s face. It worked, and the ability to preview people’s tighter skin made sales shoot up.

With $500,000 in seed investment and the cash from Allergan, Aarabi launched ModiFace in 2007 and started signing cosmetic brands. Suddenly, it’s a hit. ModiFace grew from 10 to 55 partners in just the last year.

Here’s the secret sauce behind ModiFace’s 25 patents. First, the startup brings in models with different skin colors and puts them under dim, medium, and bright lights as they try on a company’s makeup for real. ModiFace’s scanners teach the app how the makeup should actually look, generating an algorithm for virtually applying it on anyone. 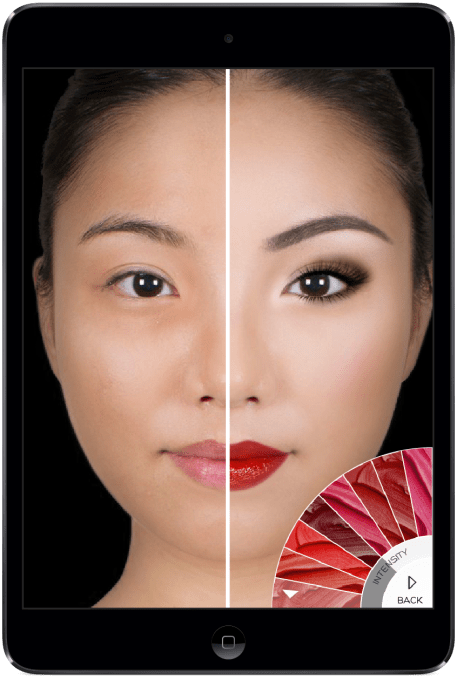 ModiFace offers a variety of showcase apps, or you can find its tech in apps from L’Oreal, AmorePacific, Yves Rocher and, starting today, Jane Iredale. ModiFace’s tech has powered apps with 100 million total downloads to date.

Now it’s battling Image Metrics, PhotoMetria, and other competitors. The space has heated up since Apple acquired fellow augmented reality facial tracking startup FaceShift in November. Aarabi tells me his company is pushing to increase frame rates so its virtual makeup stays in place no matter how you move. Meanwhile, it’s trying to better prove how it boosts sales on mobile, not just in stores.

The face race is worth running. The global cosmetics market hit around $500 billion last year. Big brands will pay for whatever helps them sell more makeup. Aarabi explains these companies already cough up $100,000 for a single page ad in Vogue magazine. And that just shows what makeup looks like on someone else. Augmented reality technology like ModiFace unlocks the true purpose of cosmetics: expressing one’s ideal self.