Here’s a fresh profile of the Iranian mobile games scene that’ll provide some useful insights to developers and publishers interested in this otherwise foggy market. We gathered the data via a survey we ran between January 2-10, 2016, sampling 837 mobile gamers on our channel on LINE, the popular messaging app in Iran.

What’s peculiar to note before I get started in sharing the data is that half of the respondents had to use a VPN to access the survey because the platform, Survey Gizmo, is currently blocked by some of the ISPs.

Jumping into this relatively untapped market isn’t too impressive at first glance. I’ve estimated mobile games revenue in 2015 to be somewhere around US$39 million based on Newzoo’s latest country report. That’s assuming the mobile share of total games revenue ($194 million) is about 20 percent, which is markedly lower than the global mobile average of 30-35 percent.

But this estimate is being optimistic! Based on the same calculations, we should expect mobile games revenue to grow to $44 million in 2016. To put this into perspective, add an extra $100 million to these modest figures and you have the annual mobile games revenue of Turkey, a neighboring country with the same population size. Iran is lagging by a factor of 3-4 times.

The majority (60 percent) of Iran’s 80 million population is under 30 years of age, so it’s not surprising that 67 percent of mobile gamers are under 24. Iran also has one of the highest education-to-population ratios in the world, so don’t be surprised when you hear that 63 percent of them are students.

Tack on the fact that 80 percent are single and never married and you’ll be able to better stomach the reality that about half (47 percent) report a household income of less than US$571 per month. This last one stings the most for all of us riding the F2P train, where disposable income is so crucial. 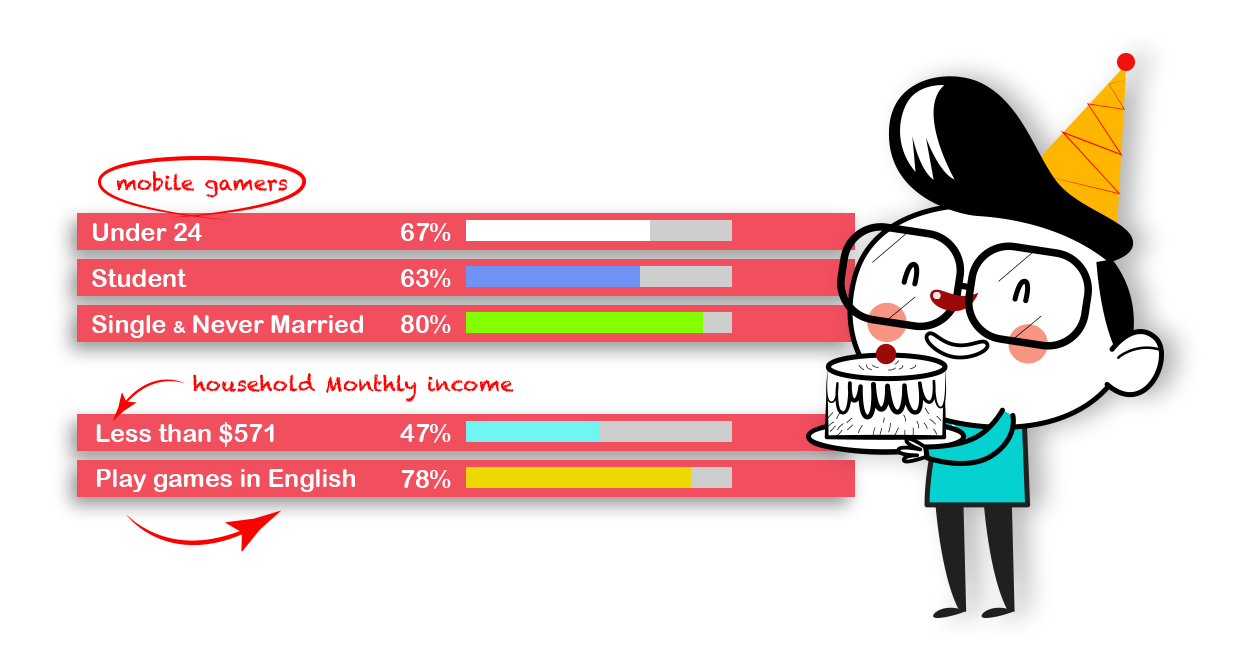 I’ve written about the mobile games market in Saudi Arabia, and Iran is nowhere near as juicy. It’s closer to what you can expect from Egypt, another country with a similar profile relative to population size and spending power (at least when it comes to the state of their digital markets).

But part of the reason lies with developers who haven’t localized their titles to Iran’s mother tongue, Farsi (78 percent say they primarily play games in English!), due to obvious socioeconomic reasons, nor the payment method and in-game packs to local channels and conditions.

On the payment end, developers have been barred from localizing their payment gateways to Iran due to international sanctions, particularly the “shetab” and “shaparak” networks that allow players to pay for in-app purchases using their debit cards. It’s rare to come across a game that has adjusted their freemium pricing packs to the local GDP. This leaves Iranian gamers in the uncomfortable position of having to pay at a scale that is simply out of the league of these young, single, low-income students.

About one in five (19 percent) pay for in-app purchases each month, which is mostly through scratch and gift cards that are widely spread throughout the country. The remaining transactions happen on third-party app stores that are integrated to local payment methods. Sixty percent of the minnows pay less than $5 per month, and 19 percent spend between $5-20.

The whales are strangely distributed, with 1 percent paying between $85-142 per month, 1 percent paying more than $285 per month and barely anyone in sight between the two ranges. The paid games market, however, seems to be in healthier shape, with 35 percent of players reporting they pay to play, and 30 percent reporting they do so at least once a month. 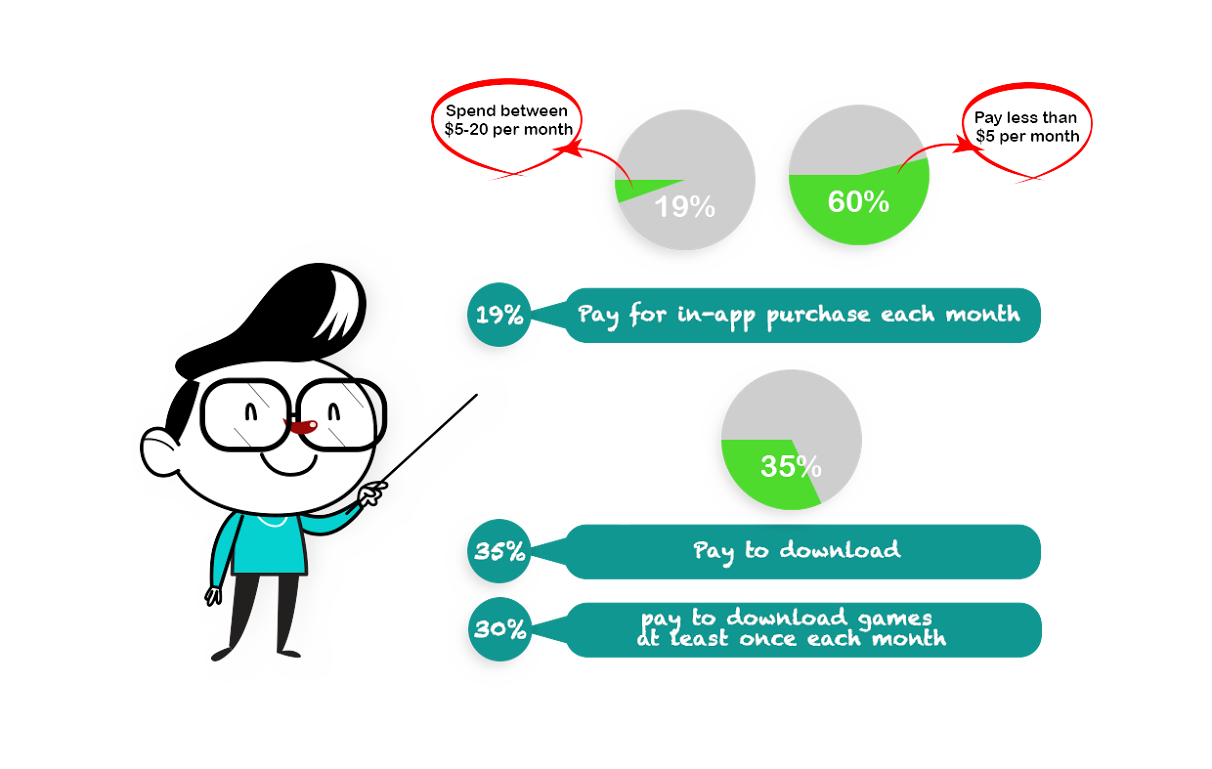 In terms of general usage, 67 percent play mobile games several times a day and 19 percent play for at least three hours (34 percent play for 1-3 hours). Eighty-four percent are on Android devices and 13 percent are on iOS. The key factors that influence their choice of game are word of mouth or recommendation by a friend (52 percent), app ranking (47 percent) and news or magazine articles (28 percent). The genres they play the most are action (52 percent) and strategy (49 percent), followed by the usual contenders of sports (30 percent), racing (23 percent), puzzle (17 percent) and arcade (15 percent).