CES 2016 has been over for five days now, which in tech-news terms is like a month. Still, I came across one more unexpected gem during the show that, while not directly related to CES, definitely needs to be shared.

It’s a story of personal victory over a city that often feels more like a temple of despair and regret and cheesiness than it does an adult fantasyland.

But first, the fastest of recaps over some of the things that I actually expected to see and liked during a mere day and a half at the show.

1.Kingston’s MobileLite Wireless Pro is the swiss army knife of streaming video to mobile devices (and charging them to boot) which I am eager to try out. It has 64GB of storage for video files, streams them to iOS, Android and Kindle devices, and also has an onboard 6900 mAh battery for device charging. Perfect for any road trip methinks. 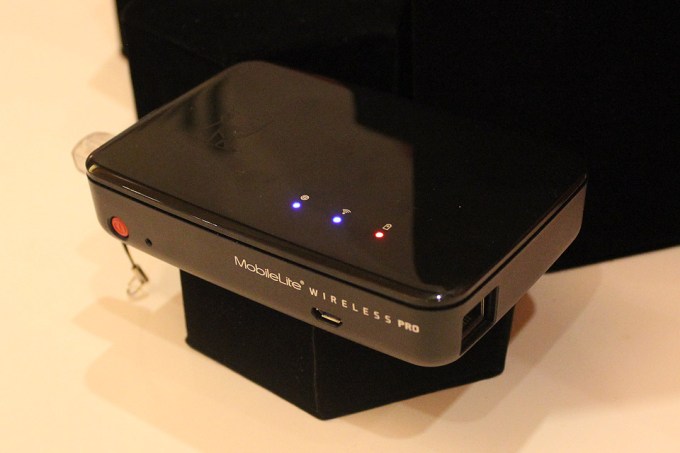 2. As a subscriber, Sling TV’s clean new interface was a pleasant sight. 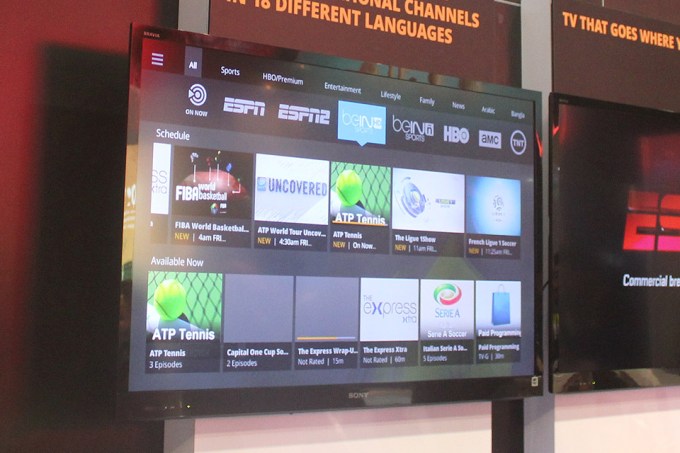 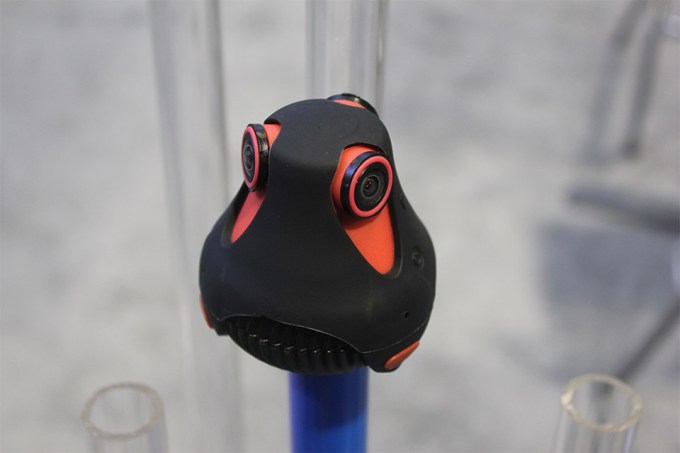 4. Skechers’s latest batch of interactive shoes for kids (Game Kicks 2) that sport an onboard “whack-a-mole-type” game complete with a remote control. 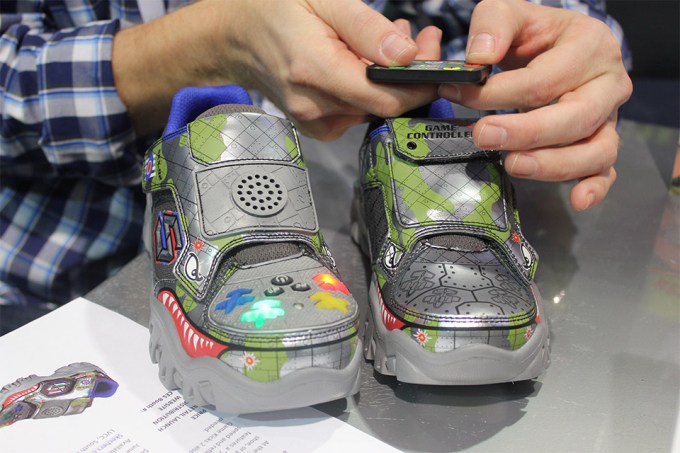 5. Picobrew’s new Pico beer maker—the “Keurig of making beer” but with all recycle-able materials. I made beer with the old version. This one looks even easier to use. 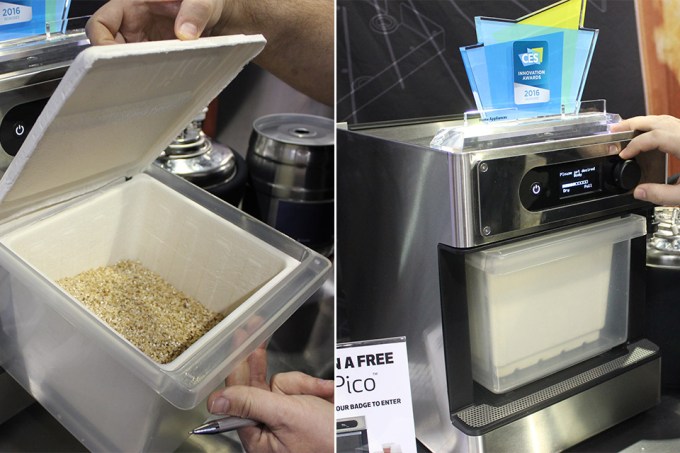 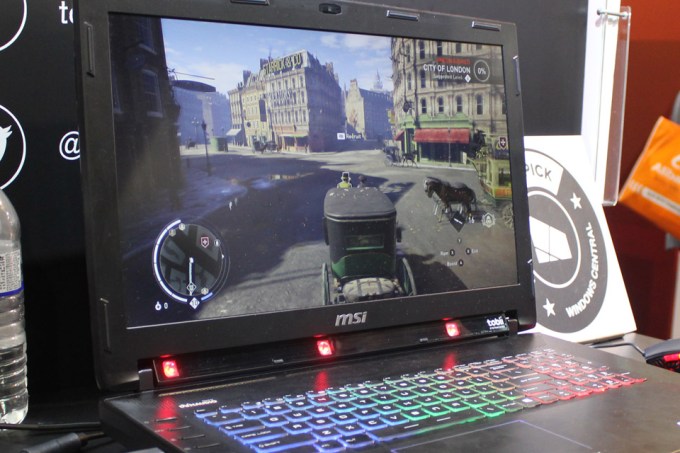 I already noted Lumus’s Smartglasses Prototype and I Am Cardboard‘s take on Google Cardboard.

These were all super-cool and in the realm of the kinds of things I expected to see.

What I didn’t expect to see but ended up being my favorite episode of the event was watching someone overcome Las Vegas, conceptually. I watched from the safety of my own email address while someone had fun in Vegas on their own terms which isn’t always easy in a city where “the house always wins.”

An avid gamer called hardlyeverwrong (who is also an executive creative director at a major advertising agency) was posting some frustration online about his hotel — the Luxor — that was preventing him from using his own PS4 in the hotel room. A veteran of many CESs, hardlyeverwrong explained in a post that he’s already seen as much of Vegas as he wants to see and at the end of the day, he just wants to play a few games to wind down.

The Luxor was not playing ball and, according to hardlyeverwrong, would prefer guests to “spend their time in the casinos rather than in their rooms.” He posted a rant to Facebook.

Below is his guide to bypassing the hotel television to use your own PS4 the next time you are in town: 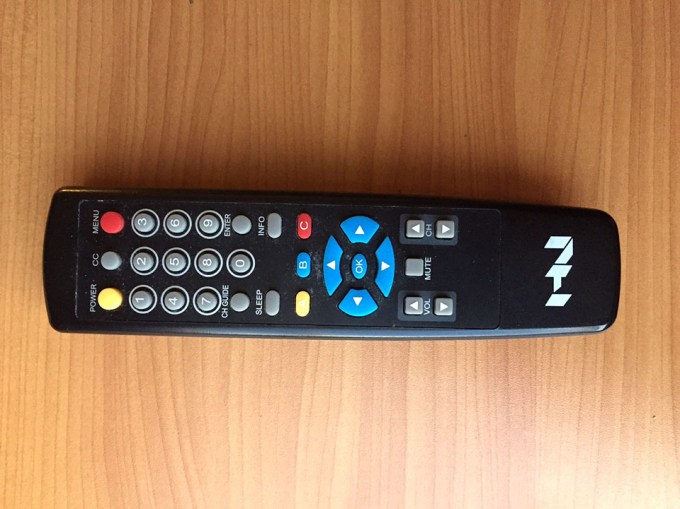 I start to look for physical buttons on the TV. There aren’t any to be seen, and in a colleagues room they were present but also deactivated. I guess hotels can buy hospitality versions of tv’s.

I called down to the front desk and asked if maintenance could come activate my hdmi ports. The hotel front desk said “no, it’s against policy”. So I asked why and got this exact reply “because the hotel wants you in the casino spending money, not hanging out in your room”. Ok. Challenge accepted.

So I started doing some research on unlock codes etc, all of which didn’t work with the guest remote.

Turns out, the remote is not just talking to the TV, there is a box near/on the back of TV or closely to it on the floor behind the dresser. It looks like this: 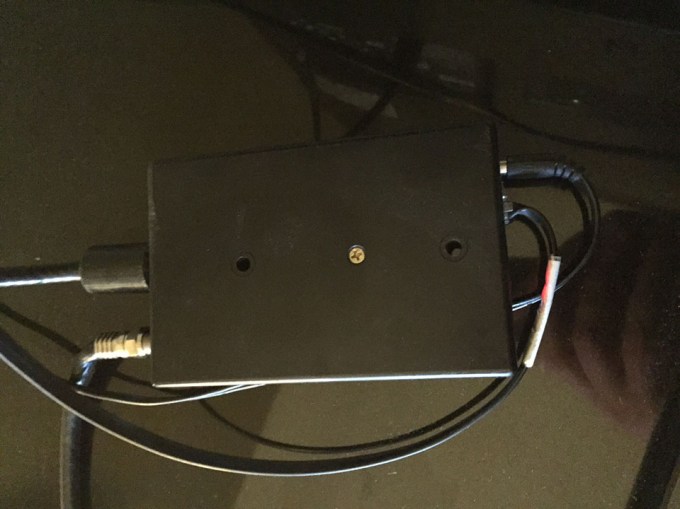 It has a coax and a phone-like data cable leading into the TV. 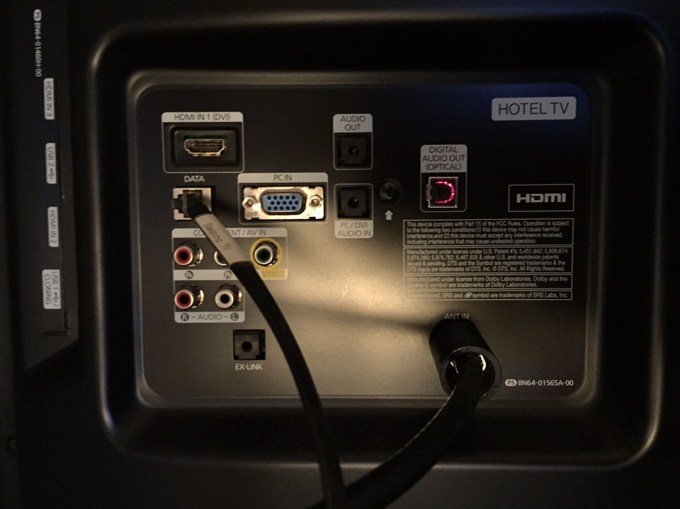 If you unplug this box, your guest remote will stop working. 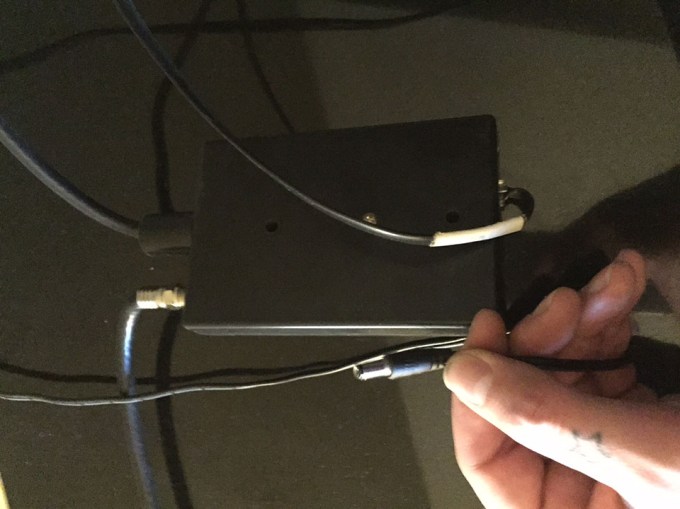 NOTE: if your TV has physical input buttons, unplugging the box *might* activate those buttons again on the set. In my room it didn’t.

So I ran to a local electronics store (Fry’s in Vegas has it all) and picked up a universal remote for $10. You don’t need anything fancy. Just something that can program to your TV brand. You are basically buying an input button. The one I got was RCA even though the TV was another brand. 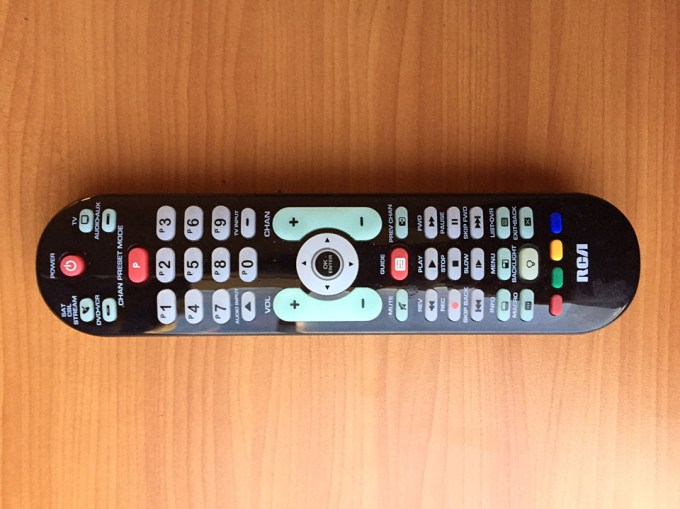 Now, program your new remote to the TV. If you get it right, try the volume buttons first, then the input button afterward.

At this point the ports should be active. 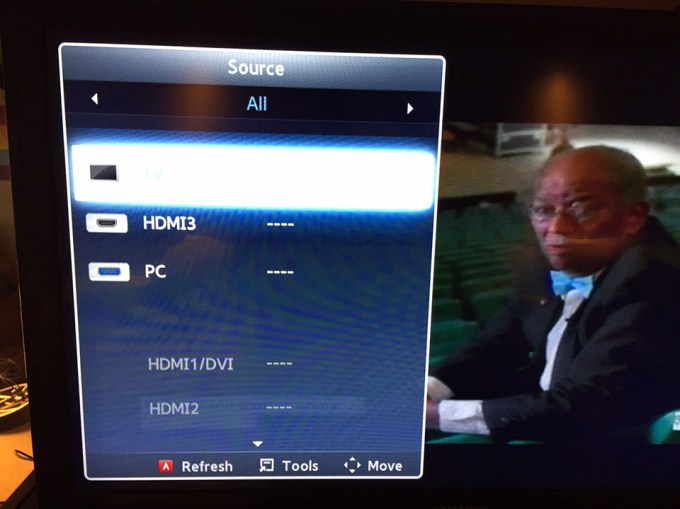 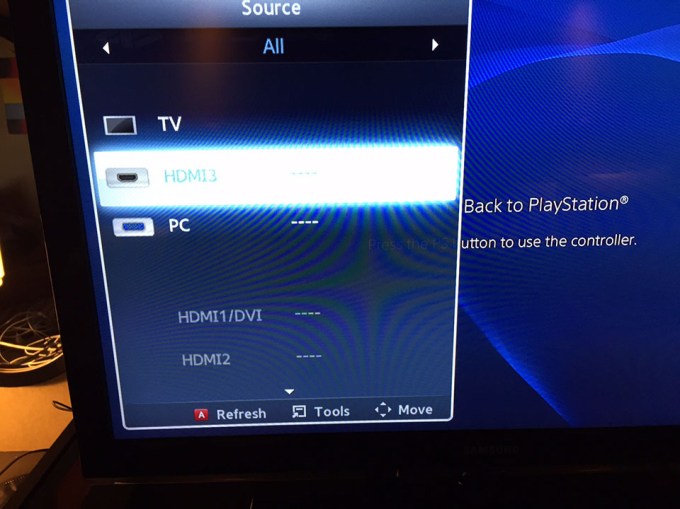 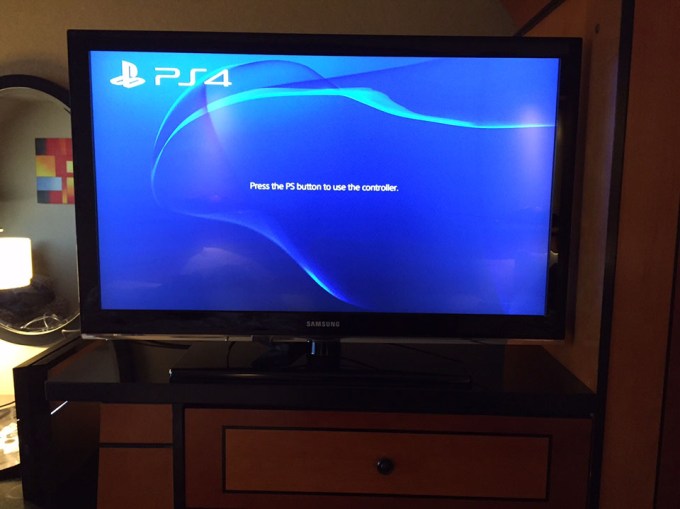 Play your ass off! It’s the cheapest gaming in Vegas :)

EXTRA CREDIT: you could call the front desk and play the ps4 startup sound and hang up :) 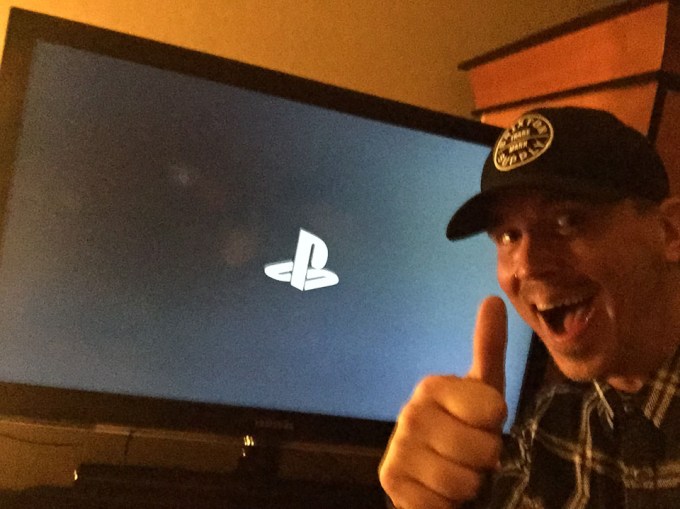 Bravo hardlyeverwrong. You were definitely right.

See you all next year.