Hot on the heels of PushDoctor’s $8.2 million Series A, another U.K. startup playing in the digital health app space has picked up funding. Babylon Health, which like PushDoctor, lets you have video consultations with a doctor (and a lot more), has raised a $25 million Series A round led by Investment AB Kinnevik, the Swedish listed investment fund.

Others participating include Babylon’s original backer Hoxton Ventures, and the founders of BXR Group. In addition, Richard Reed, Adam Balon and Jon Wright (co-founders of Innocent Drinks) also joined the round, as did Demis Hassabis and Mustafa Suleyman, founders of Deepmind, the AI group bought by Google for $500m, who were already advising the digital health startup. 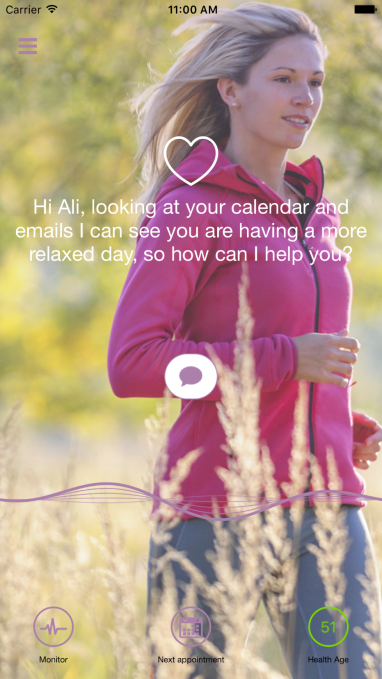 That two of Deepmind’s founders contributed is noteworthy given that Babylon says it plans to use the additional capital to add a significant AI component to its mobile app that will employ AI to help patients pre-screen health conditions before or if they choose to follow up with a text, phone or video consultation. That’s eminently more scalable than relying solely on the 100 or so doctors Babylon currently employs to serve its users who pay a monthly subscription service or get access via their employer’s healthcare provision.

A few months back I was given a demo of Babylon’s AI feature — you basically talk to the app as it walks you through your symptoms — but felt it was a little too early to write about the experience. AI is the promise that keeps on promising so it will be interesting to test out Babylon’s offering once it’s ready for a full commercial launch. No doubt the Deepmind connection will help with hiring, which is one area the startup plans to use its Series A funding.

Meanwhile, Babylon is staying mum on the company’s valuation. The FT, who appear to have jumped the gun on the funding announcement yesterday before it had technically closed, cites it as “in excess” of $100 million, though one source close to the company tells me it’s significantly higher than that.