There are affordable computers, there are cheap computers and then there’s the Endless Mini, which is available for as little as $79.

“Everybody in the world deserves the option to have a computer,” said Endless CEO and Chief of Product Matt Dalio.

In other words, Endless is building Linux-based computers for people who have never owned a computer, particularly those in developing nations. Usually, when people talk to me about bringing offline populations online, they’re focused on smartphones, but Chief Growth Officer Marcelo Sampaio argued, “Everybody who’s predicted the death of the computer owns a computer.”

In Sampaio’s view, a keyboard and mouse will always be a better interface for certain tasks — such as writing this post. So the main obstacle to computer adoption has been cost and Internet connectivity.

I’ve already mentioned the cost,  though to be clear, the Endless Mini price tag doesn’t include a screen, a keyboard or mouse. Dalio said a customer’s TV could serve as the screen, while a keyboard and mouse could cost as little as $10. (Endless is also working on a more expensive model that starts at $189.) 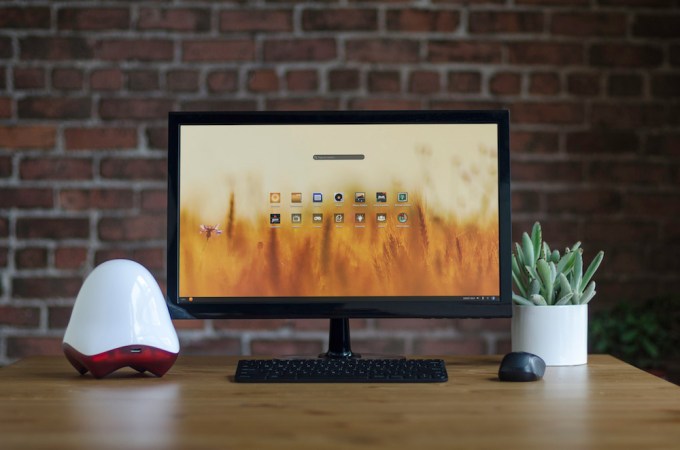 I saw the Endless Mini in-action earlier this week at the Consumer Electronics Show in Las Vegas. It offered like a pretty standard graphical interface — besides the price, what really set it apart is Endless’ approach to connectivity, which it describes as “Internet Optional.”

For example, the computer offers an encyclopedia app with offline versions of popular Wikipedia articles, and there’s an education app with videos from Khan Academy. So if you don’t have an Internet connection, you can still get access to online content, even if it’s not 100 percent up-to date. Then, when and if you are connected, the apps will update. The Endless team builds the apps, but Sampaio described the company’s role as being “content curators rather than content creators.”

While creating a $79 computer is already an impressive feat, both Dalio and Sampaio emphasized that they see Endless as more of a software company than a hardware company.

Endless is available for online purchase in the US, but more importantly for reaching its target audience, Dalio said it has a presence in 20 countries, thanks to partners like Mexican telecom company América Móvil. The company also has an impressive list of advisors, including Tony Robbins (yes, that Tony Robbins) and Nicholas Negroponte (founder of One Laptop per Child).