There’s a funny Facebook glitch telling people they’ve been friends on Facebook for 46 years, even though Facebook has only been around since 2004. My good friend, who hasn’t even been alive for 46 years, sent the following screenshot to me: 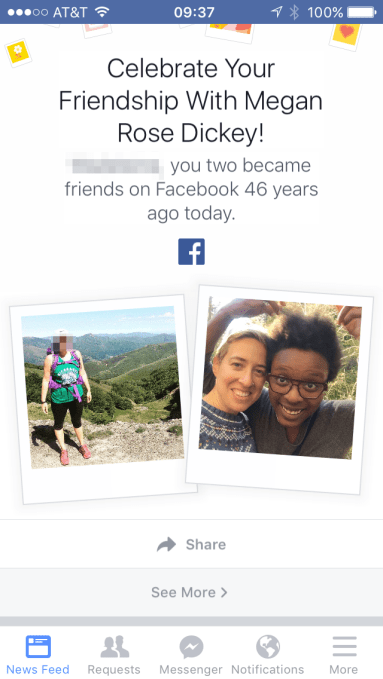 Anyway, this appears to be a widespread glitch across Facebook, with a good number of people taking to Twitter to share screenshots of their 46-year-long friendships, according to Facebook. Word on the street is that it’s due to some bug relating to Unix time, also known as Epoch time, which counts how many seconds have elapsed since Jan. 1, 1970. That was about 46 years ago.

Facebook spokesperson Chelsea Kohler provided TechCrunch with the following statement: “We’ve identified this bug and the team’s fixing it now so everyone can ring in 2016 feeling young again.”