Money transfers are a crooked racket. They’re designed to hide just how much cash they steal from immigrant workers sending funds to family back home. Western Union, Moneygram, even PayPal’s Xoom trumpet that they only charge around $5, but quietly pocket people’s money by setting their own unfair exchange rate.

TransferWise wants to put an end to all this bullsh*t. Today the hot financial tech startup launches money transfers between the U.S. and Mexico with a flat 1.5% fee. The bank account transfers are upfront, transparent, and four times cheaper than the average cost to send money to Mexico. 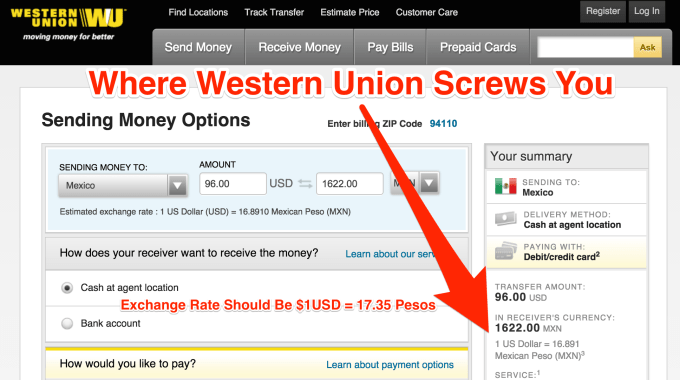 If you gave TransferWise $100, the recipient in Mexico would get 1683 pesos after the real exchange rate and 1.5% fee. Give Western Union $100, and the recipient only gets 1622 pesos after the inflated exchange rate and fee. Typically Western Union charges 4.63%, PayPal Xoom charges 4.95%, and CitiBank absolutely gauges customers with a 12.4% fee.

These remittance services advertise a low flat fee of a few dollars but get away with robbery by baking a rip-off exchange rate into their websites’ transfer calculator. A tiny asterisk leads to a warning about the shady rate. “That money should be in families’ bank accounts over in Mexico” says Joe Cross, TransferWise’s General Manager for the U.S. 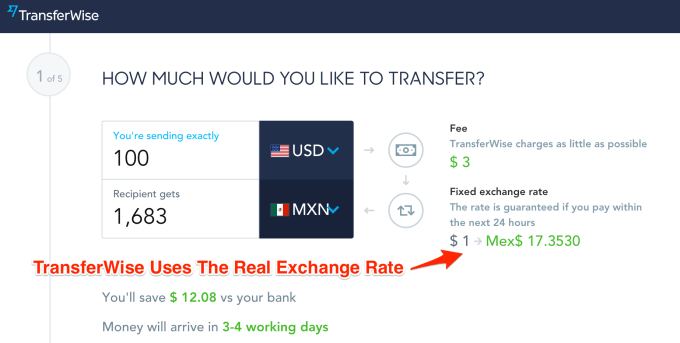 The 1.5% TransferWise beta will open to 10,000 users for bank account to bank account moves. TransferWise seeks to open the program and allow transfers via credit card, debit card, email addresses, or phone number in February.

U.S. to Mexico is the world’s largest international payments corridor, seeing $24.4 billion sent along the route in 2014. It’s a huge market for TransferWise that will prove whether its system scales. Simply by eliminating the brick-and-mortar offices, marketing, and some of the exploitative profits of its older competitors, TransferWise could disrupt a terrible burden on needy families.

With $90 million in funding over the past five years, TransferWise has blossomed into one of the premier fintech startups. The 400-employee British company now moves $1 billion a month between customers in over 50 countries. Its A-list investors include Peter Thiel, Richard Branson, Index Ventures, SV Angel, and its $58 million Series C was led by Andreessen Horowitz.

TransferWise was co-founded by Skype’s first employee Taavet Hinrikus, who knows plenty about using peer-to-peer technology to undercut international businesses that overcharge customers. He already did it to long-distance calling.

Hinrikus came up with the idea for TransferWise when living in Estonia while future co-founder Kristo Käärmann lived in the U.K. Both were trying to send money to the country where the other lived and were getting ripped off by transfer services. TransferWise was born when they realized they should just deposit equal amounts of money into each others’ local accounts rather than making opposite international transfers. 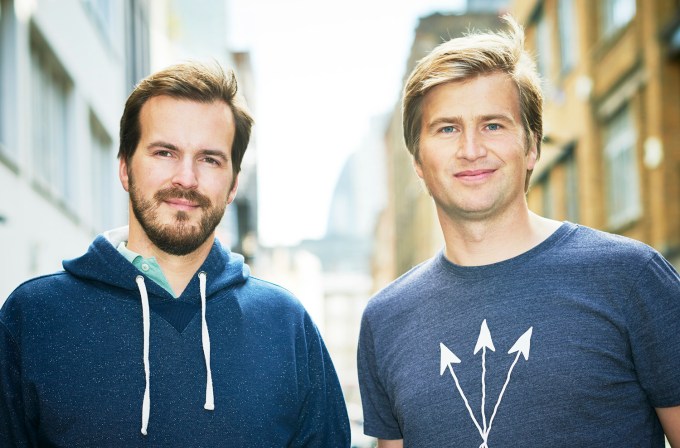 TransferWise launched in the UK in 2011 with this p2p method before expanding to more of the world. The startup matches a user sending money out of a country with one receiving the same amount there, moves the money locally, and can thereby charge a much lower and transparent fee since the money never went abroad.

The new U.S.-Mexico corridor will work differently since its not nearly as reciprocal. Most of the time, immigrant workers in the U.S. are sending money back to their families in Mexico. In this case, TransferWise doesn’t use its p2p system. Instead it sends the money traditionally, but offers the real exchange rate and only charges a flat 1.5% fee up front. TransferWise’s size lets it negotiate cheaper bulk rates, so it can pass the savings on. 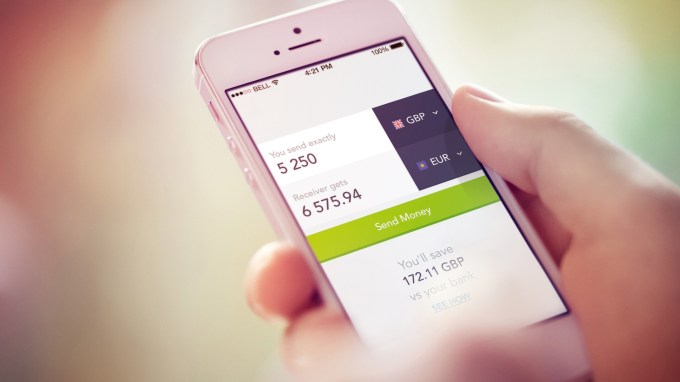 It’s a clear example of software eating financial services. What old school companies do with huge numbers of physical stores, TransferWise can do with a few engineers. It’s the same as how Robinhood’s app offers zero-fee stock trading because it lacks the overhead costs that force E*Trade to charge $7 per trade. Cross sees student and small business loans as targets for disruption. SoFi just raised $1 billion to chase this social lending market.

The unbundling of overpriced financial services by lean, software-based startups is poised to become a huge trend the next few years.

“You’ve got many different pressures on the old walled garden of the physical bank” says Cross. “The Internet is allowing more stuff to happen online while the financial crash had led to people’s trust in financial institutions eroding.”

Pickpocketing families with hidden remittance fees and more exploitative models propped up other parts of banks. But now Cross explains “If we can take just find a small piece [of the big banks] and unbundle it so we can offer it better and cheaper, it will be way better for the customers. The little guys now seen [by the banks] as a walking dollar sign are the ones being serviced by tech companies.”

Other well-funded startups chasing remittance include Azimo and WorldRemit, though both use the same hidden exchange fees as the financial dinosaurs, they’re just not as high. Abra and Coinbatch hope to sidestep fees through Bitcoin. But TransferWise’s real enemies are the older companies with locations inside immigrant worker neighborhoods like San Francisco’s Mission district.

The biggest challenge for TransferWise will be shaking customers out of their unknowingly masochistic behavior of walking to a Western Union to send money. Many don’t realize they’re paying for the marked-up exchange rate on top of the flat fee. They aren’t aware of how badly they’re getting screwed so they’re not in the market for a new transfer service. TransferWise will have to work to educate customers and hope word of mouth kicks in across these tight-knit communities.

Cross concludes “We’re on the cusp on something massive where people think about apps when they think about money, rather than banks.”