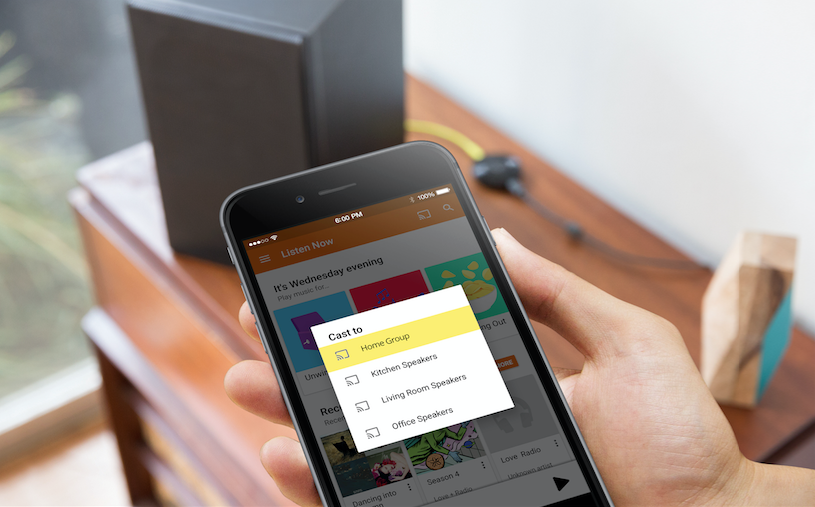 Back in September, Google came out of nowhere with Chromecast Audio. The idea: take the Chromecast concept (tap a button, send a video to your TV and control it from your phone) and make it audio-only, letting you add some Wi-Fi-enabled smarts to any stereo system you’ve already got wired in your house.

It had one big weakness, though. Unlike something like Sonos, you could only play a song on one Chromecast Audio at a time; even if you had Chromecast Audios throughout your house, you couldn’t play things in multiple rooms simultaneously for that lovely full-house sound.

Today that changes. Chromecast Audio now has multi-room support. Starting a multi-room setup is a little different than with Sonos, which focuses on making it easy to make/break groups on the fly.

Okay, Google: now add this to the standard Chromecast, so I can play the same thing perfectly synced on multiple TVs without wires so I can feel like a futuristic space wizard.

Meanwhile, Chromecast Audio also got support for a higher resolution audio stream: it can now handle audio up to 96KHz/24bit lossless, which is mind-blowingly good for a wireless standard — better than CD quality, even. It won’t magically make a crappy pair of speakers sound great, of course — but if you’ve got high-end speaker gear in your home already, Chromecast Audio can now keep up.