A project to probe the viability of using low power Bluetooth Beacon technology as an aid for indoor navigation — with a special focus on helping blind and visually impaired people get around independently — has been awarded a $1 million grant from Google.org to broaden and accelerate its development.

We last covered the ustwo–RLSB joint venture back in August 2014 when the team discussed their concept and demoed a prototype working. Since then they’ve been testing the kit in real world stations, including in London Underground’s Pimlico station in February/March this year. And an on-going test at London’s Euston station which will wrap up by the end of this year.

The not-for-profit initiative has now evolved the initial idea of building a navigator app powered by Beacon pings into a more ambitious plan to develop an open standard for indoor audio navigation instructions and the optimized arrangement of Bluetooth low energy beacons needed to power it.

The idea being that venues wanting to embed indoor navigation hardware into their interiors and developers wanting to include indoor navigation functionality within their apps will be able to tap into the standard, helping — hopefully — to accelerate the development of more accessible indoor navigation infrastructure. And resulting in a more consistent experience for people trying to navigate different venues, using multiple apps.

“What we’ve got the grant for and what we’re doing is we’re creating an open standard that can give the likes of built environment owners… such as retailers… or transport networks… we give them advice through the standard… on how they might install and maintain and decide on which technology they should be using inside their built environment,” says ustwo’s Umesh Pandya.

“Also part of that standard we have… guidelines for what we call digital navigation services — so that’s people like Google Maps, Citymapper… The instructions and how to structure an audio instruction, what should be contained in it, what’s the syntax when communicating with a visually impaired people who’s using audio-based navigation.”

Pandya also reckons the technology itself could have wider applications for other groups who may not be visually impaired but who may still want help navigating a new indoor venue, such as tourists, for example.

The team is hoping to publish v1 of the standards towards the end of Q1 next year. 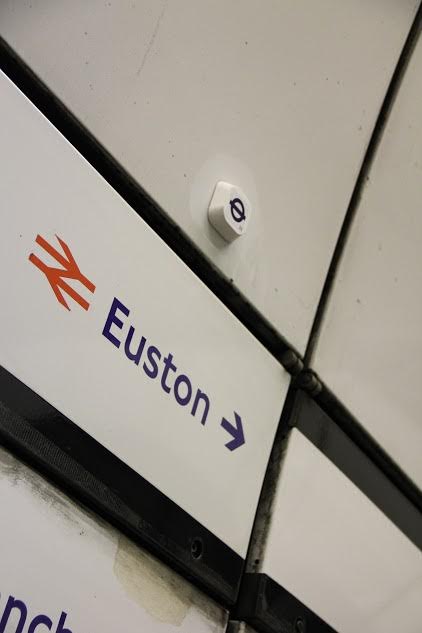 “From there onwards we’ll be looking for more trials. We really want to attack and unpack the retail environment because we believe that’s quite important. We believe there will be some simple things that retailers are able to do to make their existing Beacon fleet accessible to the visually impaired — which in turn brings them more customers when people are able to navigate their stores,” he adds.

In terms of a likely timeframe for the first real-world deployments that might be following its Beacon tech installation guidelines Pandya says the team is hoping to see a commitment, or the start of a rollout, across “one complete network” by the end of 2017. By which he means either a whole retail store or an entire transport network.

“What we’re saying — I’ve worked in accessibility, I’ve done many accessible apps and products and services — and what I have learnt over the years is that when we  you bake it in from the beginning, as an inclusive design approach, it doesn’t really cost you. It’s minor compared to bolting it on later when you then go ‘now we need to make our product accessible’… You can build that in from the beginning at minor cost. ”

The Google.org grant awarded to the project is part of the Google Impact Challenge: Disabilities program.

As well as ustwo and the RLSB, an alliance of organizations is backing the Wayfindr initiative, including app developers, locations, researchers, hardware manufacturers and vision impairment specialists. More details can be found here.