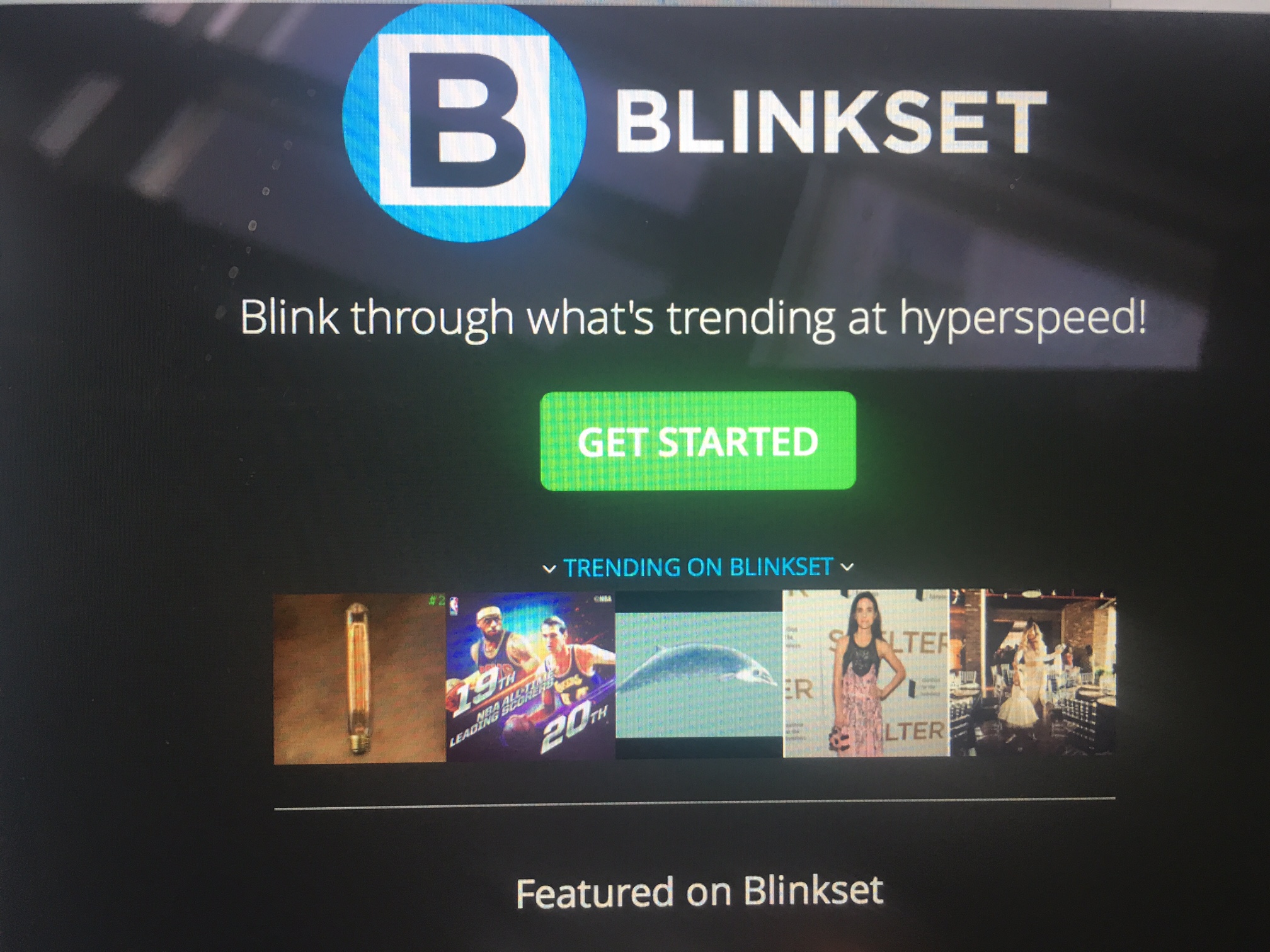 In the land of the tiny attention spans the app that shows images as quickly as possible is king. That’s what Blinkset does: it flashes “what’s trending” past your face at “hyperspeed,” a prospect that should make even the most plugged among us wonder just where humanity is headed.

Luckily Blinkset kind of makes sense. Because we can all process information far too quickly for our own goods these days, seeing a bunch of images and being able to focus on only one or two interesting ones could speed up our daily social media ministrations, thereby reducing how much time we spend online. While this is obviously wishful thinking, it’s fun to think about it in those terms.

Created by Michael Newman and Patrick Jong Taylor, the app is available now and connects to Pinterest, Etsy, Instagram, and your RSS feeds. Think of it as Apple News for folks on dexedrine.

Newman is a designer and head of Pomp Productions and Taylor is an editor at Redshark News so they know a little something about media. They are self funded and soft-launched last week.

“Blinkset places that image content in an entirely new context, by making each image a flash in a series of flashes, called a Blankest,” said Taylor. “By constraining the view to a single image window and by interspersing black frames between each image, Blinkset relieves users of burdensome shifts in focus, while giving each image space to be seen more easily, even at high-speeds.”

To paraphrase Andy Warhol, in the future all content will be famous for fifteen milliseconds.