Zuck says VR is the future and Facebook is wasting no time building it into the News Feed and starting to make money off it. By embracing the format, Facebook can stay fresh for consumers by offering the most vivid way to connect with places you can’t go. Meanwhile, attracting organic VR videos will provide cover so it can slip VmaRketing into the feed.

Facebook brought 360 video viewing support to web and Android in September, and you can now watch these VR-style videos on iOS. Facebook is also opening up the format to advertisers, the first “immersive stories” coming from brands including AT&T, Corona, Nescafe, Ritz Crackers, Samsung and Walt Disney World.

These videos can be watched by tap-and-dragging around the screen, or for a true virtual reality experience, starting today on the Samsung Gear VR. Meanwhile, to get more people sharing 360 content to the News Feed, Facebook is working with 360 camera makers like Theta, Giroptic and IC Real Tech to add “publish to Facebook” buttons to their apps. That means there’s no need to fiddle with uploading the 360 video to your computer first. 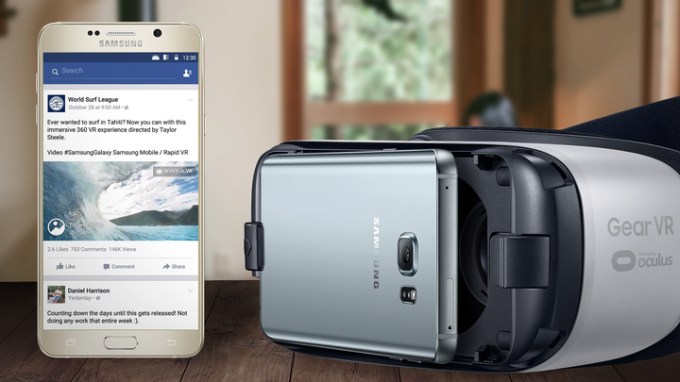 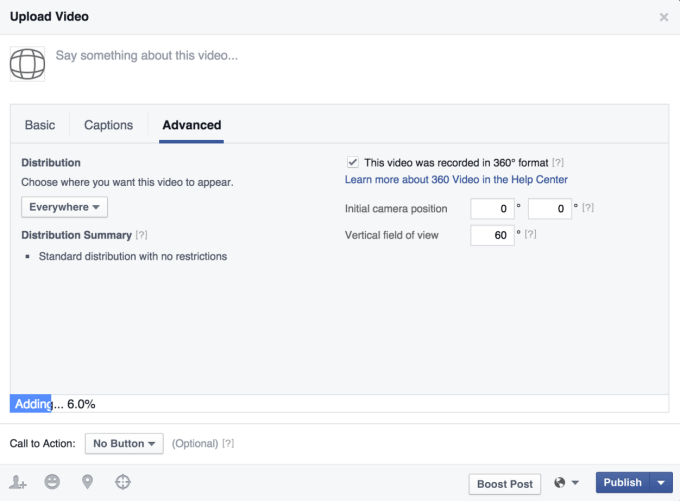 The strategy is similar to what Facebook did in photos and, later, video. Essentially, it tries to adopt the most vivid sharing format in order to make Facebook feel dynamic and exciting. Then once there’s enough user-generated or un-promoted brand content being produced in a new format, pushing ads of that style seems less interruptive to the experience.

For photos, that means letting users add multiple profile pics and then albums so they can connect with friends. That made visual ads seem natural. Right now Facebook is pushing an explosion of traditional video content. It’s doubled its daily video views from 4 billion to 8 billion since April. That’s made it much easier to slip in high-priced video ads that let Facebook absorb the ad spend sloughing off of television.

But brands will play a special role here, as 360 and VR video is so expensive to produce. Independent filmmakers will have a lot harder time raising the money for expenses compared to traditional video. That will create an opportunity where brands step in and bankroll projects in exchange for some light branding.

I imagine we’ll see companion 360 content that is enjoyable on its own yet promotes something featured like a video game or movie, as with the Star Wars experience up top. Then there’ll be brand sponsored 360 videos that don’t directly relate to the business, but are just content marketing, as with AT&T paying for the clip of race car driver Ben Albano above. Finally, there will be more direct translations of traditional hard-sell commercials into the 360 format, but those are likely to be the least interesting to viewers.

Facebook will have to compete with YouTube and a slew of new video platforms all trying to be the “YouTube of VR”. Facebook might not end up becoming the destination for this content. But by being where you serendipitously discover 360 videos, it has more control over recommending content and ads while simultaneously making us feel more connected to far-flung locales and fictional places.