Ron Conway, Tencent and Paul Graham aren’t getting their money back, and that’s the point. They’re part of today’s $3.5 million round that’s actually a donation to fund the operations of Watsi, Y Combinator’s first nonprofit that hosts crowdfunding of medical treatment for people in need around the world. Rather than constantly hitting up donors for money like most nonprofits, Watsi founder Chase Adam tells me “we raise money for a defined set of time to achieve a defined set of goals.”

One hundred percent of donations to Watsi’s crowdfunding campaigns go to patient care. But with this $3.5 million for its operations, Watsi will hire engineers to build out its platform that manages healthcare crowdfunding and the efficient distribution of that money. Adams says the hope is to only need one more round after this before Watsi becomes sustainable thanks to revenue from allowing others to use its donation platform.

In a time of unicorn hunters and bubble-fearing investors obsessed with 1000X exits, Watsi’s backers are defining a different metric for success. Good done rather than money earned. 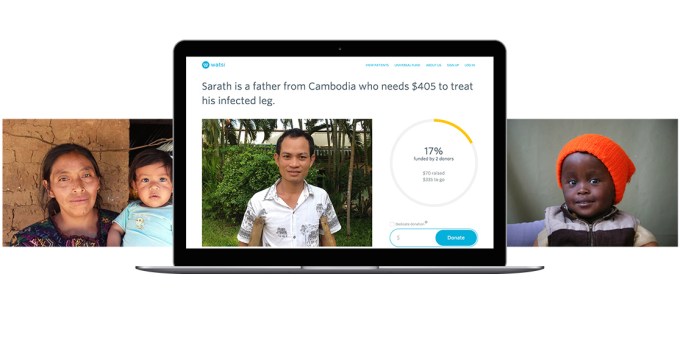 “I was in the Peace Corps and I met a woman on a bus who was raising money to pay for some healthcare,” Adam reminisces. “I thought, ‘There should be a website for this.'” So he joined with a volunteer engineer to build Watsi.

Its launch in 2012 hit the top of Hacker News, Adam quit his day job in finance, and Watsi became Y Combinator’s first nonprofit. There, Watsi learned to apply lean startup principles and growth tactics to philanthropy, aided by its first $1.2 million philanthropic round in 2013 that included several Y Combinator partners.

On Watsi’s site, you’ll find families raising $1,500 to fund a life-saving medical procedure for their baby or a back operation to let a father go back to work.

On the backend, Watsi’s platform provides a simplified electronic medical record where hospitals in developing nations can upload data that Watsi structures and analyzes. The goal is to track which hospitals can do what procedures and which are most succesful at making people healthy.

One metric Watsi is hoping to focus on is whether a patient is readmitted within 30 days of a procedure. If that happens often, it’s better off sending patients elsewhere. While many nonprofits only do due diligence on organizations before they hand them money, Adam believes in “ongoing due diligence” that “should scale with the amount of money you’re giving.” 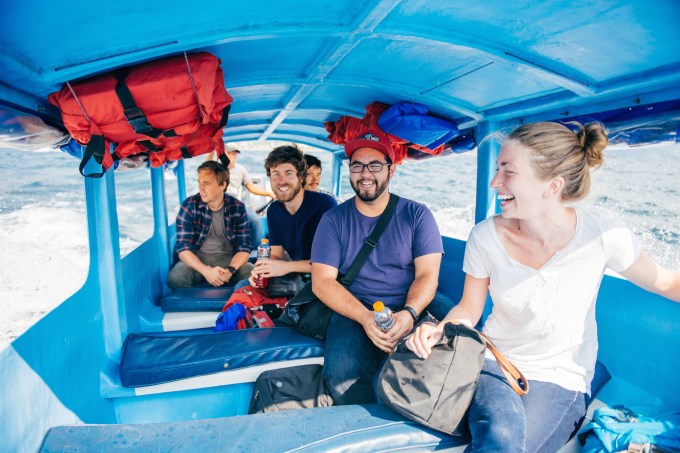 Watsi has now supported over 5,000 patients in 20 countries, but it wants to get to 1 million patients by 2020. To reach that, it will use the $3.5 million from Conway, Tencent, Graham, The Pershing Square Foundation, Vinod Khosla, Jasmine Social Investments, Supercell founders Ilkka Paananen and Mikko Kodisoja, The Draper Richards Kaplan Foundation, and Paul Buchheit. Adam likens it to a normal startup’s A round, and says the initial goal was just $2.5 million.

The operational cash will go to improve the donor experience and develop a social giving experience where people can use their birthdays to ask friends for donations.

Meanwhile, Watsi will hire engineers to beef up its platform until it’s ready for licensing. Those revenues could one day cover all of Watsi’s operational costs so it doesn’t have to raise any more of these rounds, just the donations for patients. But for now, the $3.5 million will relieve Watsi from fundraising for the next two years. 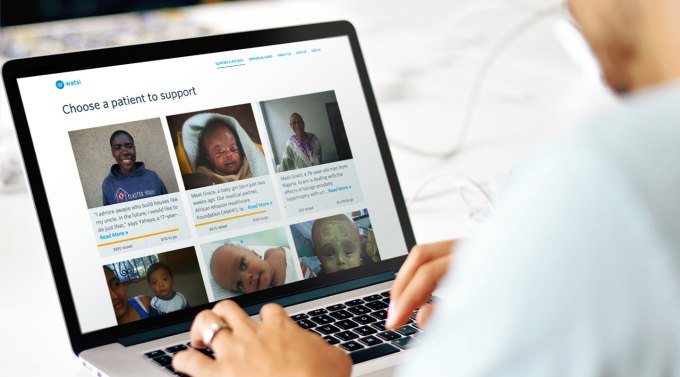 Rather than worrying about competitors, Adam says “in the nonprofit space, I think the more people trying to solve a problem the better.” But there’s nothing popular quite like Watsi. Samasource’s Samahope crowdfunds salaries for doctors in the developing world, while Kangu helps pregnant women by crowdfunding safe deliveries.

But on the platform side, Watsi can look up to nonprofit GiveDirectly, which lets donors send money straight to people in need without middlemen. Some of its directors started Segovia, a licensable technology platform for maximizing the efficiency of direct cash transfers by governments and other nonprofits. Watsi’s trying to do something similar, but keep the revenue-earning product inside the nonprofit to make it sustainable.

Forty percent of the $7 trillion a year designated for healthcare is wasted on inefficiency and corruption, according to the World Health Organization. If Watsi’s platform can put that money in the right hands for other organizations too, its investors will get something very different in return — a sense of actually accomplishing what most for-profit startups only talk about: making the world a better place.