Twitter’s making changes and nothing is sacred. Today’s change, while not as dramatic as making tweets editable or more than 140 characters, is definitely something that you’ll notice.

The stars are out. So is the word they represent…”favorite.” 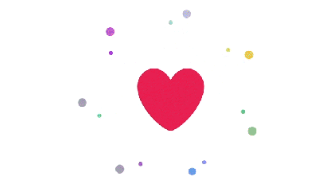 Vine’s getting hearts, too, so the smiley faces are out. The 6-second video app already uses the phrase “likes.”

The change is rolling out today for Twitter on iOS and Android, Twitter.com, TweetDeck, Twitter for Windows 10, embedded Tweets on the web, and the Vine Android app and site. Vine for iOS and Twitter for Mac updates are coming soon. The aim is to make all of its products easier to use.

Thank goodness. How many favorites can one person have? I mean, the phrase doesn’t really lend itself to heavy activity. The hearts and phraseology are similar to what you’ll find on other social sites, specifically Pinterest. Which gets tons of engagement:

The company has been A/B testing this as far back as June, with people tweeting screenshots as soon as they noticed. Definitely couldn’t slip this one by daily users.

While the company says bucket testing for hearts and likes showed higher engagement, I’m pretty sure that the Twitter and Vine teams took most of their cues from their close friends at Periscope. Giving out hearts on that service during a livestream is hella fun and super addictive. Twitter’s calling the hearts and likes “common language for our global community.”

Here’s what Twitter Product Manger Akarshan Kumar had to say about the change:

We want to make Twitter easier and more rewarding to use, and we know that at times the star could be confusing, especially to newcomers. You might like a lot of things, but not everything can be your favorite.

The heart, in contrast, is a universal symbol that resonates across languages, cultures, and time zones. The heart is more expressive, enabling you to convey a range of emotions and easily connect with people. And in our tests, we found that people loved it.

I’ve always used favorites as a bookmark, a way to remind someone that it’s time to get coffee, a quick “hello,” a way to say “I know who you’re subtweeting,” a hug on a bad day and a smack when you’re acting a fool. And other things too. The heart/like combo fit all of those feelings and sentiments much better.

This is yet another incremental change for the company that is hoping to lure in folks that might have tried its products before but just flat out didn’t get them. It also makes it more understandable for those who haven’t used it, but might have used another social service before with common icons and lexicon. No, hearts and likes won’t change the fact that Twitter only has 66 million active users in the United States, but it’s another signal that changes are going to be coming fast and furious to kickstart growth.

Favoriting certainly kickstarts connections, as I often click through to a person’s profile if they favorite something I tweet. From there I might follow them, favorite their stuff, introduce them to my followers by retweeting them, etc.

Twitter CEO Jack Dorsey recently stated that Twitter is getting “easier to use every week.” I wonder what we’ll see changed next week?