Ever emerged from a Netflix marathon in a brain fog? Been tempted to set things on fire after an hour of reading stupid Facebook statuses? Felt surprisingly refreshed after pinning mason jar salad recipes on Pinterest and thought “Hey, I should do that again!” BrainPal combines data from consumer EEG headbands and the Cloudbrain API to show you how your favorite apps really make you feel.

BrainPal was presented at the Disrupt SF Hackathon by William Wnekowicz, Marion Le Borgne and Mel van Londen, all developers who are interested in neurotech projects. The app takes advantage of increasingly sophisticated (but still affordable) EEG devices to give people insight into their brain activity that was previously available only in lab settings. 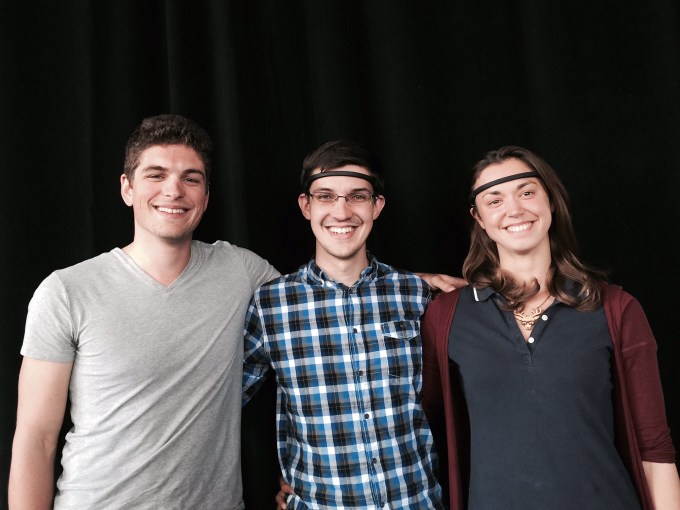 BrainPal uses the Muse EEG headband and was built on the Cloudbrain API, which is an open-source platform for wearable data analytics. Cloudbrain’s goal is to give you more power over your health data by freeing it from proprietary apps and aggregating it into a single dashboard where you can compare it with information from other wearable devices.

BrainPal appeals to me because I vacillate between thinking my smartphone is the most amazing thing ever for keeping me informed, connected and entertained, and hurling it under my bed so I don’t have to see it. Understanding how different apps affect my mood would definitely make my relationship with technology less fraught and violent.

Van Londen says the team was inspired to create BrainPal by the proliferation of time management software like Rescue Time. Instead of tracking your productivity or sending countless reminders, BrainPal helps you make better use of your online activity.

For example, if you use Netflix to relax but start to feel like a zombie after a while, BrainPal’s data can help you figure out how much time you can spend binge-watching shows before you overindulge. BrainPal also encourages more mindful use of the Internet, especially if you log onto Facebook or Reddit to kill time—seeing your data and brain activity might be enough for you to find more fruitful pastimes.