Breather, the on-demand private room service has raised $20M led by Peter Thiel’s Valar Ventures. The series B brings Breather’s full raise to $27M. This round also had participation from Real Ventures, RRE Ventures, Slow Ventures and SOS Ventures. Valar will join the board.

The Breather rooms were set up as “secret places” within cities like New York that allow you to get work done, have meetings or whatever you’d rather not do at a Starbucks. The best usecase is when you’re traveling, because sometimes you just need to sit down with some WiFi at a place that’s not a coffee shop or a hotel. Its app lets you find a room, pay and unlock the door.

I chatted with Breather’s co-founder and CEO Julien Smith about how far the business has come and what’s on deck next for the company that got through the initial giggles about what would be going on its rooms. The immediate plan, Smith says is: “New cities, marketing, growing existing cities. We really believe there can be a unit like this in every commercial building in America. Completely serious.”

Right now the average Breather is booked for 2+ hours, but can go from 30 minutes to an entire day. Smith also says “thousands” of bookings roll in weekly.

TC: how has the business changed since you started it? 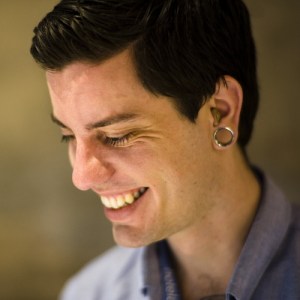 JS: Wow, so much. I had a lot of ideas about what the company would be before we began, but they were basically just guesses. We just had a thesis that private space would be useful to people (if it were affordable and nice) and we didn’t think with too much intent about what the audience would be.

The service basically took off immediately after we launched, so we clarified who we are speaking to really quickly. We know the audience better, we know how to talk about the product, we know what kind of spaces people want and for what reason, we know how the operations work, etc. etc. We started with a huge emptiness in terms of our understanding and just an optimistic idea. lucky for us, we turned out to be pretty right.

TC: Are there any surprise uses of breathers that you’re a fan of?

JS: Multiple people have proposed in breathers – that was a huge surprise. People use them for meetups all the time, and although that’s pretty commonplace, we were surprised to see it. Women use it to breast-feed, which makes sense, and there are church groups as well. Music videos and documentaries for Netflix have been shot in them. famous actors have used them to rehearse for big movies. Press previews and little fashion shows. All kinds of things. People even use them for training sessions for new employees.

TC: If someone else were to try to get into the space, what difficulty would they have?

JS: The network effects in this business are very, very strong, perhaps even stronger than Uber, because location, quality, and trust are so important to us getting a booking. A car can move, but rooms don’t, so the same way you always go to the closest, most convenient coffee shop, and won’t go if it’s too far away, we have to be very, VERY close to the user for the service to be effective for them.

TC: Are there changes coming to Breathers based on feedback you’ve gotten? More snacks? TVs? etc

JS: Yeah, for example I was strongly against technology inside breather locations for a super long time. I barely even wanted WiFi in the spaces at all. But now it became clear that traditional things like whiteboards, flatscreen TVs, and other business type amenities are pretty helpful. There’s a line we won’t cross – you won’t see any fax machines in breather locations anytime soon for example – but we really started to accommodate the user on things like this even though we started with a pretty strong stance against it.

Every city in America? Sounds like a grand plan. Right now, Breather is available in New York, Boston, San Francisco, Montreal and Ottawa.