Amazon has announced a number of interesting improvements to their Fire HD and tablet line today, improvements that bump the processor speed and tweak the styling of the Fire HD 8- and 10.1-inch line and adds a new device, the Fire, priced at $49 (or a six-pack for $250).

The Fire HD tablets have long had high-resolution screens and solid processors. Now, however, the company has moved even further afield from the original “stock” Android that makes up FireOS and into a far more personalized view complete with a page for Amazon shopping. All of your latest media – from books to movies to news – appears on dedicated pages and the goal is to offer a one-swipe look at your content.

The best thing for parents, however, is that these things are rugged. It should be noted that Amazon showed off a Fire HD that had gone through their tumble test. This test spins the Fires in a heavy metal barrel in order to test their strength during a fall. Aside from a bit of scuffing on the corners the new HD survived. An iPad, placed in the tumbler, cracked after a dozen spins.

The new tablets also have a MicroSD card slot, an important addition to the family. They have glossy backs now in black, magenta, blue, and tangerine. Additionally, users get access to Amazon Underground, a service that gives you popular new apps for free complete with DLC and a new service that will “pre-download” interesting content before you hop on a flight.

Speed readers will also enjoy Word Runner, part of the new FireOS “Bellini” launch. This feature reveals one word of the text at a time, allowing you to skim long books without distractions. It was unclear if it would help the average reader get through Girl On The Train faster, but it was cool. 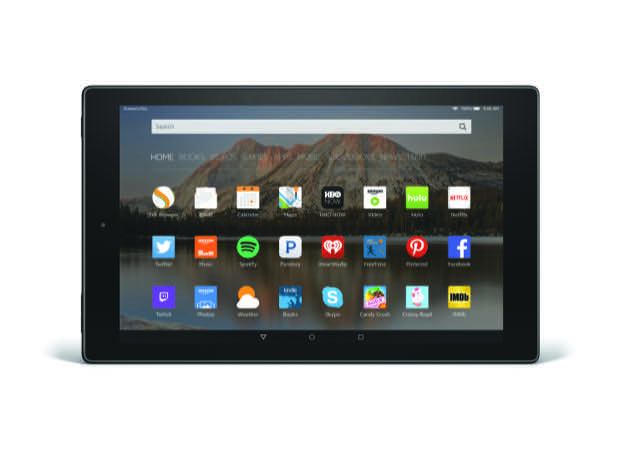 Bargain hunters will delight in the cheaper, $49 Fire. This tiny tablet is aimed at budget consumers and has some of the features as the Fire HD including MicroSD slot. CEO Jeff Bezos calls it a “premium product at non-premium prices.”

Why is it special? Well, it’s small. It has a 7-inch display that can beat or match any other low-end tablet out there and a solid processor that keeps games and movies from lagging. At $49 it’s cheap enough to be disposable and they even sell them in a $250 six-pack.

It’s clear that the time of this announcement – secretive as it was – was aimed at regaining interest after the launch of the iPad Pro last week. Also important is the apparent move away from the “office” sector in this launch. In the last Fire HD launch Amazon was still trying to pitch these tablets as ideal for work and play. Now they have just focused on play. 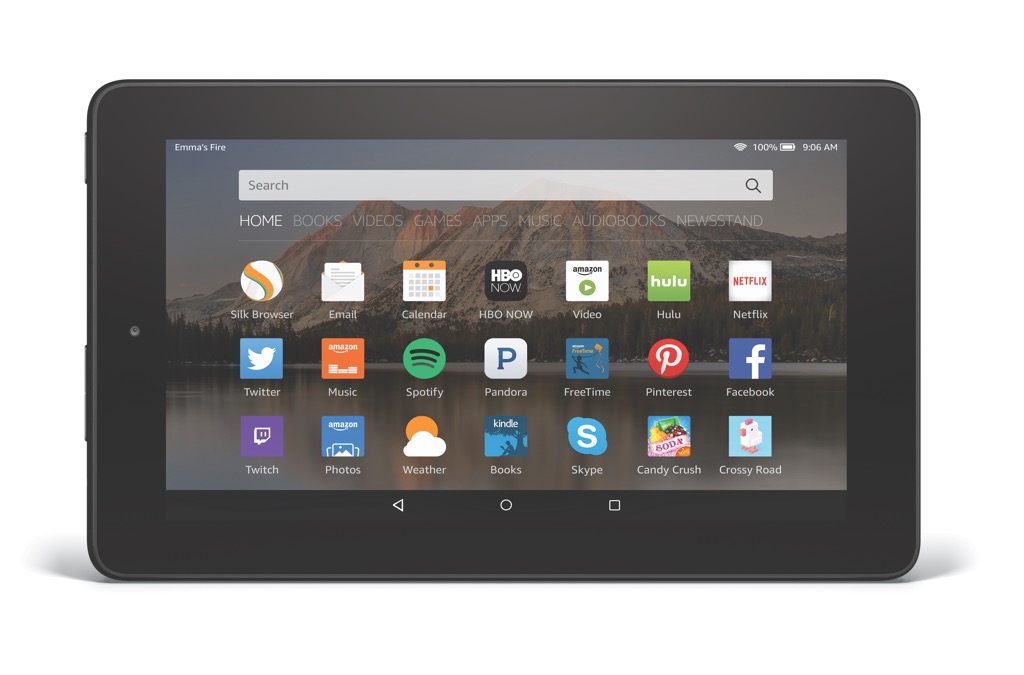