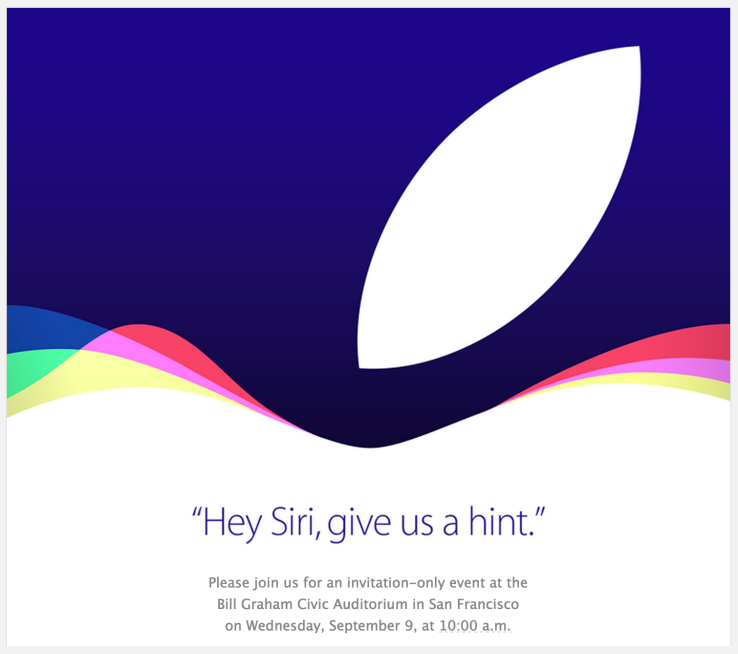 It’s time! After weeks of speculation, today is the day that Apple is taking over the massive Bill Graham Civic Auditorium in San Francisco to announce… a whole lot of things! According to the whispers from around the rumor mill, today could bring everything from new iPhones, to the release details of iOS 9, to an overhauled version of Apple TV.

The event starts at 10 AM Pacific (That’s 1 PM Eastern, 7 AM Hawaii, 6 PM London, and 1 AM on the 10th over in Beijing,) and TechCrunch’s Greg Kumparak and Matthew Panzarino will be there bringing back the up-to-the-second news. We should go live at least a half an hour before the event starts to bring back photos and commentary from the scene — so be sure to join us early!