Apple announced a new iPad today at its media event.

Yes, the iPad Pro is real, matching the various leaked statistics that have rattled around the media-scape for weeks. Pro users can pick up an external keyboard, and a stylus that Apple calls Pencil (capital P, of course). If that sounds familiar, it should. Microsoft’s Surface Pro 3 can be kitted out in similar fashion, though its stylus is free.

Perhaps you also recall the recently released Apple MacBook, with a surprisingly small frame, new touchpad, and other things that have won it converts from the Macbook Air population. Apple now has two devices in the 12-inch range that are designed to help people produce rather than consume.

So, the iPad Pro, new Macbook, and Surface Pro 3 are mostly working in the same space, that locus where mobility and productivity potentially lurk. Here’s how the Three Amigos line out: 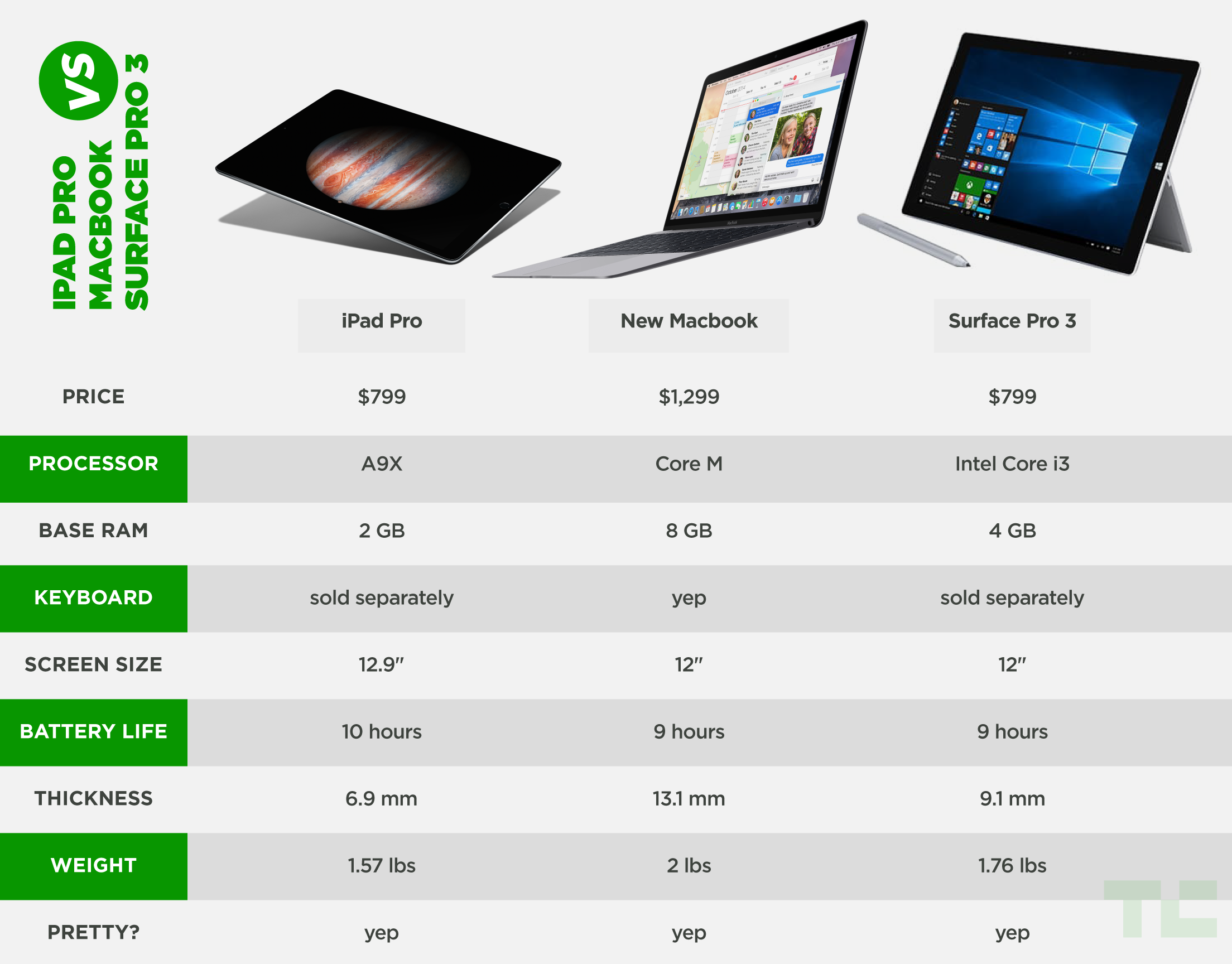