It’s the biggest innovation in ice in nearly twenty-five years, according to General Electric (a company that knows a thing or two about ice).

It’s called the Opal, and its a portable ice machine that’s makes a new shape of ice — nugget ice.

Dreamed up by the crowdsourced community GE has harnessed through its FirstBuild initiative, the Opal makes a heretofore inaccessible ice cube available to John Q Public (unless they were a Wonder Twin).

The ice nugget (Opal’s only output), has been available for commercial consumption at roadside Dairy Queens, Sonics, and other fast food chains for years, but the machinery responsible for such frosty, chilly nuggets of icy goodness was too expensive for a home.

For those that are interested, there’s also a quick run-through of the magic of making a new ice maker.

Using the rapid manufacturing facilities GE has assembled at its Louisville, Ky. factory, the company was able to build a prototype in a manner of months and launch its Indiegogo campaign (which has already raised nearly $300,000 within a few hours of going live).

The ice cube maker can use any liquid to make its nuggets (the best use case I heard involved using Makers Mark ice nuggets for cocktails). 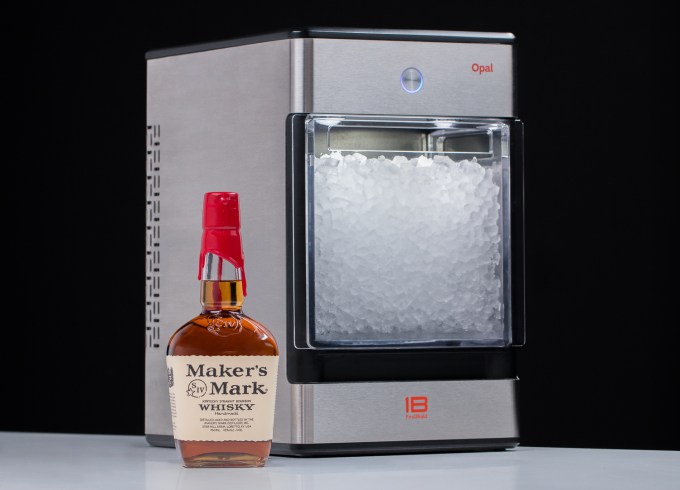