Obamania has gripped Kenya as the 44th U.S. president lands in Nairobi, the country’s capital, for a visit. From t-shirts, mugs, and caps with Barack Obama’s name and image to “Obama themed ringtones,” (“Yes we can!”) it will not be hard for the U.S. president to find entrepreneurs in Kenya.

Among East African countries Kenya, Africa’s fifth largest economy, is considered a startup beacon. Indeed many have come to call Kenya “Silicon Savannah.” It’s a misleading title. Kenya percolates with entrepreneurial hustle that has started to yield world-changing innovations such as the mobile money and payment system M-Pesa and Ushahidi, the open software platform for information collection and interactive mapping.

Yet Kenya is not another Silicon Valley. The startups rising in Kenya aren’t focused on the future or the “next big thing.” They are focused, as a number of entrepreneurs and investors I spoke to pointed out, on disrupting existing challenges such as poor infrastructure and sanitation, conflict, lack of medical care, and a lack of banks and financial resources. Startups in Kenya are harnessing technology not to “leapfrog” past the obstacles that have held Kenya back but to level them and lay the foundations that will poise Kenya for growth.

“The technology opportunity (in Kenya) has been overblown in the international media,” said David Loew, a manager at Open Capital Advisors, an advisory and investment firm based in Nairobi. Eighty percent of the population, Loew said, is employed in low-level agricultural work – a number that the U.S. Agency for International Development (USAID) backs. The other 20 percent he noted “are not typically part of the technology or electronic consumer class.”

“M-Pesa was able to strike a nerve and do really well because they managed to bring a very basic financial service to a large portion of the population – they effectively gave people a bank account through very simple mobile phone technology” Loew said. Only 19 percent of Kenya’s population had access to a bank account before M-Pesa launched in March 2007. Today, over 67 percent of Kenyans have access to financial services – 58 percent using mobile money services. Kenya has 32.3 mobile subscribers and a 79.2 percent mobile penetration rate.

Despite advanced broadband and connectivity, with a population of 45 million, 45 percent of whom live below the poverty line, Kenya’s market is too small to make it a viable consumer market for technology.

Secondly, as Loew noted, technology isn’t the biggest opportunity in Kenya. “It (the opportunity) is not to link farmers to an exporter through a technology platform,” he said. “The opportunity is making sure that farmers are able to consistently sell high quality produce through agriculture inputs and agricultural warehousing.”  That, Loew pointed out could only be done through infrastructure, where there is a lot of work to be done.

“There has been a little too much confidence in the ability of mobile phones to transform everything,” Loew said, comparing the mobile phone and other technologies as a “short cut.” Short cuts he noted don’t answer the real questions that any entrepreneur and entrepreneurial ecosystem face – questions like talent. 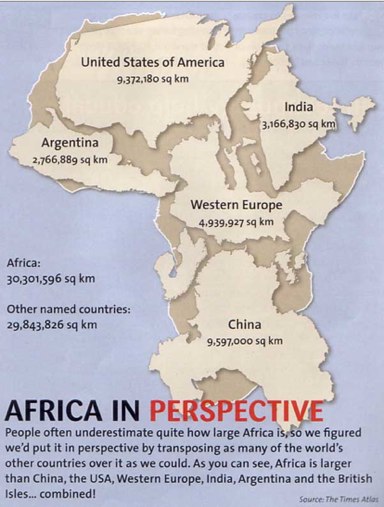 Ensuring that he has the right talent for his Kenyan-based startup, M-Kopa, is what keeps Jesse Moore up at night. Moore is the managing director and one of the founders of M-Kopa, a startup that provides SIM-card enabled solar panels that allow users to pay-as-you-go through a mobile phone. “We are only 3.5 years old but already have over 650 staff and 225,000 customers.” Moore said. “Continuing to hire good people is the key to our continued growth, but hiring right is always a challenge.”

Nairobi is a global city with a bustling business environment. There are several UN agencies headquartered in Kenya, including UN Habitat. Stathmore University (which has iLab), Nairobi University (which has C4DLab), and Jomo Kenyatta University graduate among the top students in East Africa. Still there is a skills gap, reflected in the country’s 40 percent unemployment rate. Unemployment is highest among Kenya’s many talented engineers and “techies,” the majority of whom the necessary business know-how and startup initiative that has become the hallmark of Silicon Valley.

There are several efforts to address this underway. iHub, Nailab, m:lab, Growth Africa, and Nairobi Garage are spaces where techies and startup junkies can find information, guidance, classes, mentors, investors, and like minded people.

Kenya’s government is building a $14 billion dollar, 5,000 acre “tech city” called Konza. Like Skolkovo outside of Russia’s capital Moscow, Konza, which is scheduled for completion in 2019, aims to be a learning and research and development center for companies and entrepreneurs alike.

Konza also hopes to attract investors. Like anywhere, capital remains one of Kenya’s biggest challenges. In 2014, less than 2 percent of Kenyan startups received funding from angels. Only 8.6 percent of Kenyan startups received venture capital funding.  And though there is, as entrepreneur Samir Ibrahim noted, more foreign capital coming into the country there is still the challenge of making the capital work.

Ibrahim runs SunCulture, which designs and sells solar powered irrigation systems for farms. “It’s easy to find capital, but not as easy to find the right capital,” he said.

“It’s promising that we’re seeing new capital come into the market, and it’s encouraging to see more innovative financial products being developed to serve startups here. But too often, the mandates set by many funds investors (LPs) resemble a series of boxes to check that are entirely inappropriate for the operating environment. Too many lenders, donors, and investors ask for things that do not match what is happening on the ground, which becomes frustrating for entrepreneurs,” Ibrahim said.

With Barack Obama’s visit this weekend, however, Kenyan entrepreneurs, for the moment, have put aside their frustration. They will continue to build up Kenya’s startup ecosystem – to be not a Silicon Savannah but an entrepreneurial hub that is equally valuable but uniquely their own.