Walmart is increasing its efforts in China’s e-commerce space after the world’s largest retailer took full ownership of Yihaodian, its online retail business in the country.

The U.S. firm is buying up the remaining 49 percent stake in Yihaodian, a lesser rival to U.S.-listed duo Alibaba and JD.com, from financial services group Ping An of China, its domestic partner there. The company isn’t, however, disclosing a price for the deal.

Walmart upped its stake in seven-year-old Yihaodian three years ago. As of the end of 2013, the business counted 57 million registered users (up from 29 million a year earlier) and $1.9 billion in annual sales — that latter figure (not profit/loss) ranked it among China’s top five online retail stores. In an update, Walmart said today that Yihaodian now has over 100 million registered customers, and more than eight million products on offer.

“Yihaodian has excelled as one of China’s top e-commerce businesses. We’re excited about the team at Yihaodian and their strong local e-commerce experience,” said Neil Ashe, president and CEO of Walmart Global eCommerce, in a statement. “Our investment in Yihaodian is part of our long-term commitment to grow in China, and we look forward to continuing to play a positive role in the development of the e-commerce industry.” 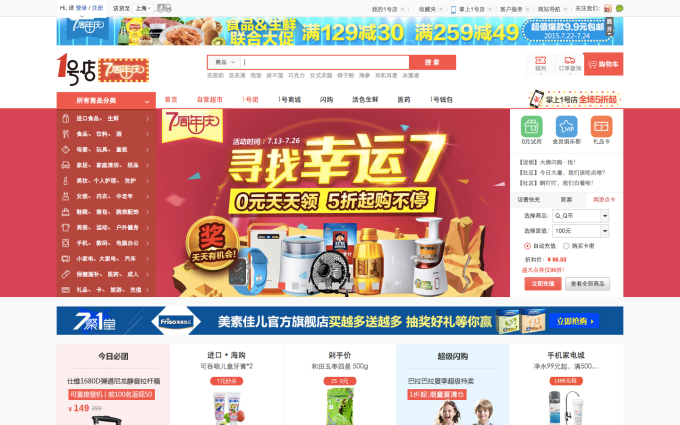 There’s also a change at the top alongside this investment news. Yihaodian’s cofounders — chairman Gang Yu and ex-CEO Junling Liu — exited the company earlier this month, and Wang Lu — who is president and CEO of Walmart’s efforts in Asia — has stepped in to helm the business.

Alibaba dominates China’s online retail space with a number of services, including marketplace Taobao and brand ‘mall’ Tmall, with JD.com a leading competitor. However, with e-commerce in the country tipped to rocket to $1 trillion by 2019 from $307 billion last year, the pie is clearly large enough to warrant significant investment from players on the fringes, too.

Amazon, for example, has upped its focus on China despite being some way behind the top players. The U.S. firm’s local strategy even includes selling items through rival Alibaba’s platform, such is the size of the opportunity.