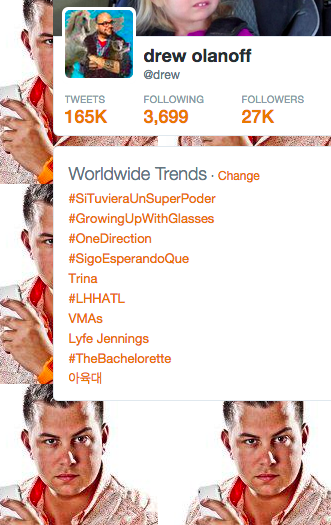 Twitter used to let you put whatever imagery you wanted up as the background on every Twitter page you surfed on. It was glorious. If you made a photo of your boss Matthew Panzarino your background, you’d see his little face on the background of your timeline and notifications page.

In an unannounced move, Twitter no longer lets you see the customized background you added in the design area of your settings on the home or notification screen pages. Womp Womp. We asked Twitter “wuz up wit dat?” and a spokesperson said:

We’re removing background images from the home and notifications timelines on web for all users. Now, background images are only available where logged-in users will see them publicly (Tweet pages, list pages and collections pages). You can find help center content about customizing your design and where it’s visible on Twitter here.

So fresh and so clean: 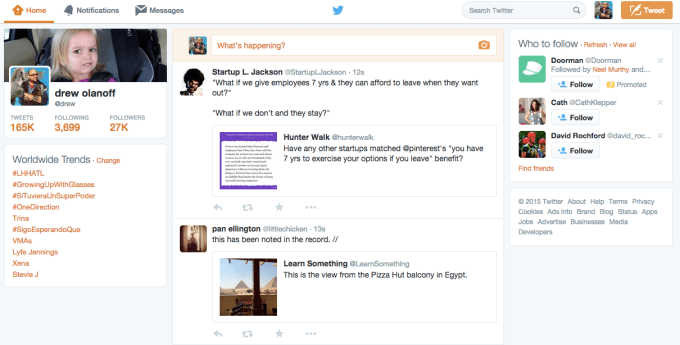 The reason? None officially given. One of the possibilities, and something I’ve heard, is that Twitter wants more control of its ad display experience. For example, if the company were to want to sell a full-homepage-takeover-background-ad that you see on a lot of sites, they couldn’t. Because of your cruddy customized one.

Similarly, Twitter can now design features for the home and notification page without worrying about colors clashing with unknown customizations, à la MySpace. One of the biggest reasons that MySpace got so popular was because of the crazy customizations you could hack into your profile, but that wildcard irritated its designers and advertisers to no end. That could be the case here.

Twitter users seem to be confused about the change, which causes the kind of bad will they certainly don’t need right now:

Twitter is still all white!! It hurts my eyes! The screen is to bright! No this isn't a metaphor- sorry

That new Twitter background on web be all pic.twitter.com/q8T8MeqFt4

The confusion comes from the fact that you can add another background or background color and all of Twitter’s pages will temporarily show it. Then remove it. Doesn’t seem thought out at all.

I have my background set to an orangey color, since it was quite jarring when the entire site went white.

I can go back and change it to orange, but then it goes back to white after a few clicks around the site. Such a weird user experience.